What you think about to add aliens enemies and aliens creatures

large creatures and sell them to near stations.
In eve online it can make new profession!
Some gamers can protect rare creatures some can hunt to them. Poachers, illegal sale of meat of rare creatures, attacks on stations and much more new content. 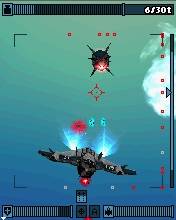 No thanks. I’d rather not turn EVE into a Pokemon game…

Dangers in the EVE universe come from other human beings, other players, which means you yourself could aspire to be the most dangerous thing in this universe.

No need for aliens.

What you think about to add aliens enemies and aliens creatures

Can be possible via lore. (Almost anything is) Likely we won’t see aliens but, human factions coming out. The triglavans are the easiest example of this and their war in HS. Yes, the trigs are humans.

The jove are the faction that was here BEFORE the humans in New Eden. So, they are classified as humanoid? Not humans from earth.

EVE is better off sticking to humans/humanoid factions. Aliens are oversaturated in so many space games anyways.

Can we collect them all and breed them? Get the occasional epic creature?

Could we do some space ranching with them. Then use their eggs and milk to make mayonnaise?

If we add creature why not plants to? I’d love to be able to have a space farm. Rotate seed types based on seasons with grow times, harvest and sell. Use some of the products to make jams and jellies?

And you know what else would be great? A mine. A mine where you can go during the slow winter months to forage for ores to make better tools and weapons so you can go further down into said mine for rarer ores.

Maybe you can build your own farm buildings and go fishing too. Have a number of NPCs you can interact with. Some romantically.

It would really be cool. Add so much more to EvE.

Golly, I wish they already had a game like this.

If you hang out with anyone remotely into PvP in this game, you’d understand there already is a hunting profession and people calling themselves and each other “hunters”:

There is no hunting like the hunting of man, and those who have hunted armed men long enough and liked it, never care for anything else thereafter.

The jove are the faction that was here BEFORE the humans in New Eden. So, they are classified as humanoid? Not humans from earth.

No they weren’t, jovians were one of the original five empires.