OOC notes to accompany this.

Many thanks to the people who have agreed to play Gopala Lochan and the match commentator and, possibly, a book runner.

Please see the links in the IC post for background information that can all be considered easily accessible IC.

Channel details (and other things as they come to mind) to follow. Happy to answer any OOC questions here.

Hope to see people there!

Ticket holders through Utsrar Promotions arriving from beyond Harroule are directed to the capsuleer docking facilities on board the FedMart Storage Facility orbiting Harroule VIII, Moon 5 where they are met and invited to board a shuttle down to the city’s orbital launch facility and then to transfer by rotary-wing aircraft to the Taj, a grand old hotel on the banks of the river that winds lazily through Vaashnapoor.

Vaashnapoor itself is a low rise city. The buildings in its residential districts are largely in a traditional style, facing inwards around internal courtyards. The city reflects the relative poverty of Duureanta when compared to many ‘core’ worlds in the Federation. Beggars and gangs of street children roam the market places, although all such are kept well away from hotels like the Taj. If you look carefully, signs of Duureanta’s nine-year civil war are still apparent too. Bullet holes pepper walls here and there. Groups of Very Serious Looking People watch the boundaries of certain neighbourhoods… 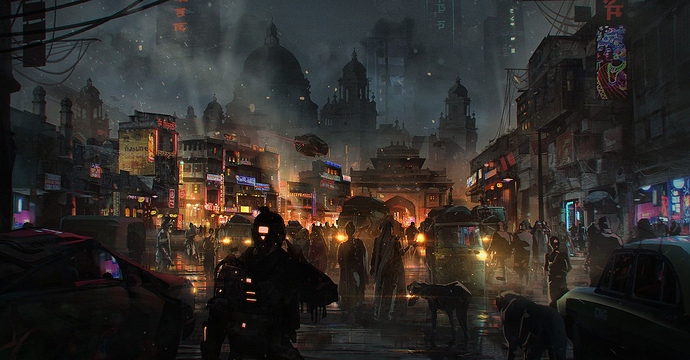 When you are ready, the Taj is happy to arrange a transport to the stadium.

The Archon will be giving a short speech at about 21:50 followed by match commentary from shortly before kick off at 22:00.

P.S.
If in-game chat is not working, please join this IRC chat as a contingency. You don’t need to register, just give yourself a ‘Nick’ and hit connect.