So I have had a number of beautiful Orca hulls and been on many adventures both out on Ice Belts and many Asteroid belts. Over the years in New Eden I had come to really like the Orca and the sounds it makes when activating sub-warp drives. The wonderful sleel rails that glisten brightly reflecting starlight glimmer that run down each side.

Now I know my Orca inside and how except for one space on the massive ship. The Maintenance Bay!

First thing would be a nice Salvaging or Scanning Frigate to travel even further afield and help fill up that lovely cargo space.

My Belt Scanner goes into the Fleet Hanger because my fleet when I am in a fleet will access the fleet hanger. I use to think it was some drone bay like those repair bots but never knew how to get them to repair my own Orca
/
I try and had tried many many times yet not found a list that goes into the maintenance bay.

/
And then I try to move something into the bay and see this; 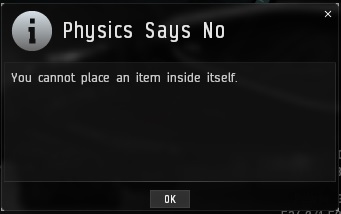 Use the Ship Maint Bay to carry ships you want to use while using the Orca.

I dont have any active alts anymore so I hve to do everything solo anyway.

I cant get out of my Orca now as Im Alpha.

Use the Ship Maint Bay to carry ships you want to use while using the Orca.

The ships to repair other ships? Like it is called a Maintenance Bay so fleet maintance with remote shield/armor repair types?

AFAIK its just a name. I think it was named after the Maintenance Bays you could get for POSes

Thanks do you need isk to get out of your Orca on your pilot there? Did you try logging off and back in?

No no I chose to go Alpha because of the price increase so I logged off in space in it so they couldnt take it off me.

Do you think we should rename the Orca Maintenance bay then?

It is oddly named, but what would be better is if ships slowly repaired in there.

Like we are talking about a Industrial Command Ship that is almost 1.5 KM long so How about the Maintenace bay also restores Cap and Shield when a Fleet member docks their ship into it?

Maybe it does this like when we dock into a station it restores the shield and cap fully?

I think if it was used in conjuction with a MFB that would be swell.

Basically, anything that allows Orca to do even more things is fine by me. I think its my favourite ship

My Orca is very dirty and really could use a clean though I am liking the well used look. Sort of wish it was more rusty to look more minmatist. 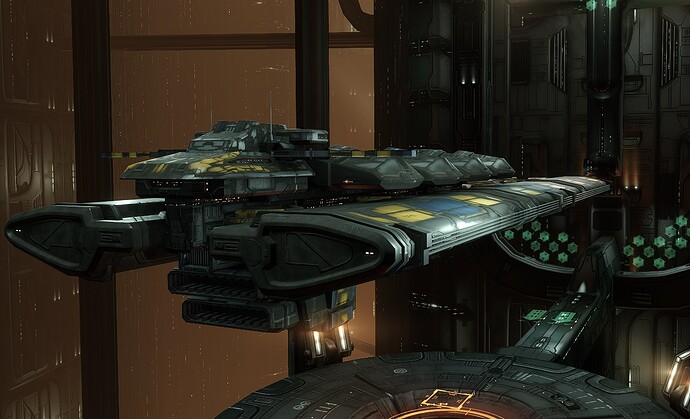 Arent there rusty skins? I use Blood Raiders skin and have never cleaned mine and its nearly black lol

No Orca Skins. do you think one day there might be a log in reward for my Orca? A Bright Yellow one would be nice. I kept the standard look due to the yellow on it.

Given Ive had Aux Cap skins, I dont see why not other than there arent that many