First Question ) When routing product from extractor to multiple silo’s the first one will have the “amount” where you type in a number out of the the amount to be routed. Shown here: 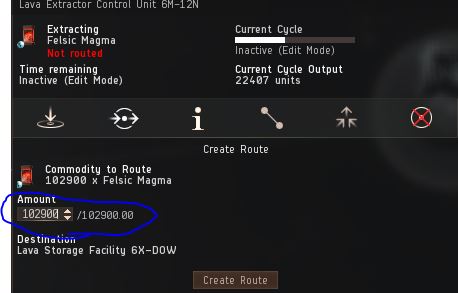 So in that example, if I set amount to 51,450 (half of total allowed 102900) then the other half to second silo, will it basically calculate it as a % for the duration of the cycle? Or, as the cycle continues to go longer and less product is then produced, would the first silo continue to get 51,450 and the remaining leftover end up in the secondary location being a smaller and smaller number as the cycle goes longer and longer?

Second Question) When creating routes from storages to factories, is there any rhyme or reason to which silo the factory will pull from FIRST? i.e. maybe the factory will pull from the first storage that was routed to it and then the second storage that was routed to it will be pulled from if the first does not have the supply? Basically I want to know if I can somehow ensure a factory prioritizes a certain storage first.

Like, lets say I have 2 storages and 4 factories. And I want to route the product from both storages to all 4 factories, but I would like 2 specific factories to pull FIRST from storage A, and secondary from storage B and vice versa for the other 2 factories (the product being pulled is the same throughout as these are only p0-p1 factories) Is that possible or is where the factories pull from completely random if more than 1 storage is linked to them and they all have the same product?

Thanks for your help o7

For question 2 I cant imagine why youd want to set up your pulls that way except for academic purposes?

I’ll see if I can think of a test that would guarantee an answer to the question though.

If you have 4 factories and 2 storages (A and B) either you need both materials A+B or you need only 1 material A/B.

In such a case either your factories draw from A, from B or from both.

If A and B are mixed, then they should be sorted.

The only time a storage should be mixed is when there is only one storage, which in any case should also only be an LP. 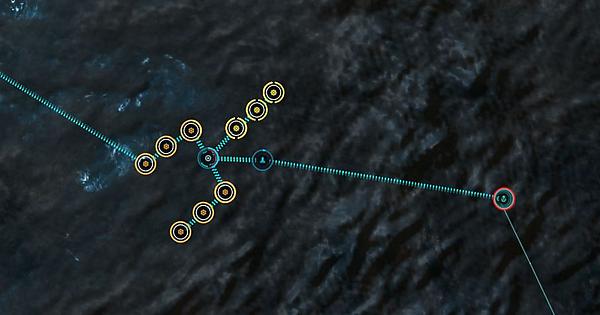 Here’s an example of one of my colonies.

Extractor on far right (and another WAY off left) immediately dump into the Launchpad (center) first. All my base mats go there, no sorting, no 50% this or that. Just 2 big piles of extracted mats.

Then the Launchpad meters out enough to fill the P1s (down either side of the Y). Those dump into the Command Center (middle of Y).

Then the CC meters out to the P2s (up the Y), which dump back into the Launchpad for export.

If you really wanted to put some Silos in there for some reason, I’d put them in where the first Launchpad dump happens. But I wouldn’t bother trying to setup primary and secondary, 50% this and that. Just use a Silo for as many Extractors as can fit without overflow. It’s easier to let the interface pull what it wants, in instances like feeding out to the Factories. But you don’t want to muck around too much with the storage space or you’ll end up losing mats when something fills up.

How you configure a colony depends on what you are trying to achieve. Most of the time, the fact that each stage of processing (except P4) will significantly reduce the volume, allows you to buffer everything through the launchpad.

It also depends on how much time and effort you want to invest in your colonies. A colony that extracts P0, processes it to P1 and then processes that to P2 for export will be a little less efficient than a colony that exports P1 to a factory planet for further processing but it requires a lot less attention.

The reason I want to know if its possible to select a specific storage to pull from for factories is because I run a hybrid p1/manufacturing planet for the types of p2 that cannot be made on a single planet. This all goes into a large p4 operation.

But you will see in this image below: 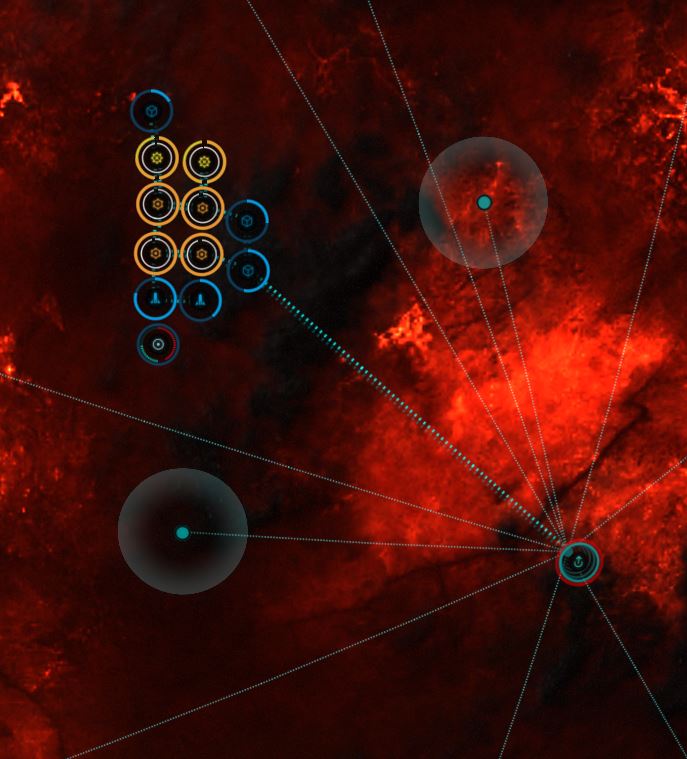 I run 1 extractor with 10 heads. I do this because it provides more than trying to fit 2 extractors with everything I need to fit on the planet itself. So there is no getting around a 1 extractor limit.

This extractor needs to pull a minimum of 24,000/hr to sustain me for my entire cycle. I usually pull around 26-32k avg/hr with a 3 day cycle which provides me a lot of buffer. That buffer I want to sit in my storages.

Now heres why I want 50/50 and to have certain factories pull from certain storages first:

In the image the 2 silos closest to the extractor are the p0 buffers. the 2 factories in line to the left with each buffer silo are P1 factories. Now, if my extractor only dumps into 1 buffer silo, I LOSE a ton pf p0 because the early cycles pump out too much. It would benefit me greatly if it would go 50/50 split between both buffers so I can effectively accumulate more.

Secondly, it would benefit me if the factories could be set to extract from a specific storage so that it would “even it out” so a str8 50/50 split into buffers, and a str8 50/50 pull from buffers so that neither one gets “too full” and thus I wouldn’t lose product as extractor cycles continue to go with nowhere to fill up.

I hope that answers your questions in regards to “why” I want to know this.

A brief explanation of that “hybrid planet” listed so people can understand better. (not important for the question, just to satisfy anyone’s curiosity of the setup pictured above)

I produce 2x broadcast nodes and 2x self-harmonizing power cores an hour. These both require Silicate glass, Microfibre Shielding, and Polyaramids ( all of which are P2 commodities that cannot be produced on a single planet)

This hybrid planet (when joined with its sister planet) produce the same amount of p2/hr as the standard single planet P2 planets. Which keeps my operation going and is a more effective utilization of planets as opposed to just having 3 separate p2 manufacturing planets with like 16 factories each. (went down that road, pain in the ass)

Extractor fills 2 storage silo’s with buffer (it is not optimal to try and run 2 extractors) the 2 storage buffers are because it fills FAST and there was enough pwrgrd/cpu for another.

Storages feed into 4 p1 factories. 2 of the factories route their p1 directly to a launchpad (for sister planets feeder silo mentioned later). the other 2 feed their product into the 2 advanced factories that produce the P2 product, which then routes its p2 to the second launchpad.

That is what the third silo Up top of the image is for. It’s the sister planets feeder silo providing 13 days worth of the “other” required p1 for these p2. Then once every 27 days the p2 launchpad will need to be emptied.

Now all that may seem complicated. But its actually way more efficient than dedicated manufacturing planets for this purpose. I was able to save 4 planets and now they serve a better purpose (more isk :P)

With a reset time of 13 days and a final pickup of 27 days that’s twice a month I have to bother with these planets other than extractor resets. That beats the hell out of 16-18 factory manufacturing planets with a maximum run time of 4-5 days with full storages and a hell of a lot of setup work with routing etc. @Do_Little This should help shed light on your concern that this isn’t as efficient as separate dedicated p1 production and p2 manufacturing planets. Those are not as efficient as you thought. I produce the exact same amount as when I had 3 dedicated 16 factory p2 planets. same amount. But now I have 4 free’d up planets and a lot less management when it comes to pickup/drop off. It’s simply more efficient with this method that I came up with

does the single extractor “split” translate to a % and thus go 50/50 if you set it in the middle for the duration of the cycle. AND is it possible to get 2 factories to specifically pull from a particular storage first, before the secondary storage.

I should also note that it runs fine as-is, been doing so for months. but I feel if I could split the extraction and the pull it would make it even more efficient. Right now ALL factories pull from 1 silo. So I put ALL of the extracted p0 into that silo, and occasionally I just expedite transfer buffer into the secondary silo which they will pull from if the first one runs out. It’s just that the first one gets full in the first day or so of the cycle and waste p0 until it all slows down or I get around to transferring to secondary silo. So right now I run 3 day cycles, if I got my buffer up and I let it go without resetting it will continue to run for 5-7 days depending how much buffer is filled up. That being said, more buffer = more lazy management and flexibility with resets.

Pretty sure you can just direct your Extractor into Silo A, then direct A into B, and B into C. Then have your factories pull from C. You shouldn’t have to expedite anything, b/c C will always be full, with B and A catching overflow.