I’m having a problem fitting ships with Extended Probe launcher.

Every ship I try to fit with an extended launcher (even just the T1, not even T2 or SOE) it immediately uses up most of the CPU. I end up having to use most of the low slots and even some rig slots for co-processors leaving almost nothing for other fits let alone weapons.

The expanded probe launcher is really hard to fit unless the ship has a bonus for it. The t3 cruisers and destroyers are what I usually use to fit them.

The expanded probe launcher is really hard to fit unless the ship has a bonus for it.

Thus, and it really bother me that the covert ops and their tech I counterpart don’t have a role bonus for it.
shrugs

Yea, I agree. It would be nice if they did.

Unless you want Covert Ops cloaking, a T3 destroyer is a great choice due to the fitting reduction for probes. And they have utility high slots and you don’t have to gimp your fit.

Another tip is to move up ship class which increases your CPU pool. A Gnosis can be a good probing ship due to the flexible fitting and probing bonus. And they are usually cheap.

OFC T3 Cruisers are the top choice for fitting covops-capable probing ships. Some things just come with a cost…

You will never regret training for a Hecate

Working as intended, we don’t need every ship with a utility high to be able to combat probe

The high CPU is the balancing factor for their incredible power. As others have said, T3 ships are the only ones where you should be able to fit them comfortably.

You can however fit them uncomfortably on other ships. When you know what you can sacrifice and what you need to prioritize, you can create some workable niche fits (often specialized for roles like hunting/scouting/FCing where combat probes are particularly useful).

In most cases, it’s better to have a second ship fit especially for combat probes rather than try to shoehorn them into the desired ship.

I ran in to that problem when trying to come up an extended launcher fit for my Hound.

I eventually skilled everything enough to get it fit, but it still requires offlining and sitting at a safe for a bit if the cap’s not charged enough.

I haven’t tried it with my other bombers, as the use case is me wanting to be further out solo, not requiring a separate combat scanner. They might be more forgiving with cap or power.

Look at the ship stats for all the bombers, the hound has 310 CPU, while the manticore has 330 CPU, making it the best choice for combat probing.

Personally I don’t like the manticore over other bombers for most uses, but I have a very specific utility fit for it I use for FC’ing bomber fleets that’s not possible with the other racial bombers.

As solo bomber you don’t need an extended launcher: you can catch most targets by using d-scan to hunt.

And if you want CovOps action with combat probes, I really recommend using a T3C.

With some fitting modules you can fit an extended launcher on a cyno bomber though, to hunt for your fleet.

You can do it without fitting modules or implants, leaving room for juicy hyperspatials and nanos. 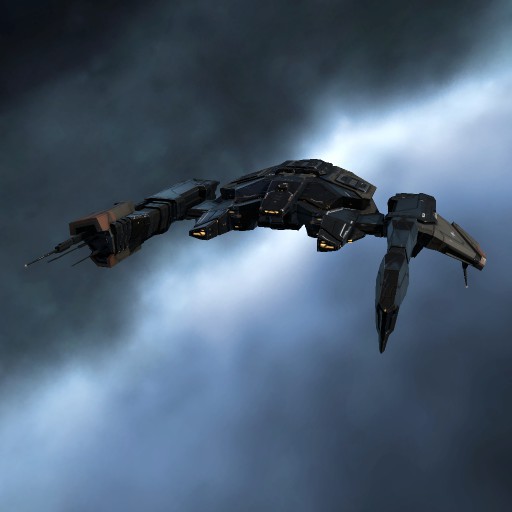 I’d hunt in a covert ops frigate over a bomber though for the higher scan strength and warp speed.

You have 0 tank though in that fit, if one of them shoots back you’re dead.

I have been playing with hunter bomber fits, but those do require some fitting modules to get both combat probes and a decent tank.

if one of them shoots back you’re dead.

Well, you’re lighting a cyno so you’re always dead. As long as you’ve got the fleet bridging in promptly you should be able to cyno up and get people in before you’re locked and killed.

Travelling too slowly to targets has lost me far more kills than poor tank.

That being said, there’s something to be said for tanky combat probers and for that I prefer heretics.

Not if you’re bringing T3C logi.

But yea, I see the benefit of having a fast travelling cyno.

I wish the T2 explorers didn’t have the lock delay after decloaking, they could have been perfect for hunting if they had the same bonus the bombers have.