I have a few ideas. Where they come from? Paper tank Marauders and gankers.
I feel they are still paper tank, and I would like to use the three high slots for a better attack.
I could also be a Vorton Projector. It would be awesome against gankers.

First idea would be to give all Marauders 3x high slots to either guns, or missiles.
Being the widow the only Missile ship, it would also be yhe only with gun slots.

There is no Rapid Ammo equivalent for Rapid Missiles.
So I imagined all new Rapid Fire medium Beam, Pulse, Autocannons, Neutrons, Howitzs, Tachs…

And they could exist despite The Marauders (and Black Ops) could make use of an
“Emergency Vorton Projector” to use in case of ganking, or always?

And then the last idea concerns Trespassing the missions gates by gankers and
the fact that one can not shoot them untill they are all amassed around you and start the aggression,
whilst at 100 km, one could snipe half of them away, if We only could… but we can’t…

So the idea is to change the mechanics of the missions gates, so they are activated by a unique key,
and who trespass, has kill rights immediately activated on the account of the key holder,
and as soon as they land, the slaughter shall begin…

Pve is a Massive part of the gameplay. Some use of Rapid Fire Ammo would certainly affects
the PvP world, but keep your mind sharp, and do not crisscross.

Have you read somewhere that the gankers would be unable to enter sites?
No such things. So how did you came up with that?

Don’t turn the blade in an open wound, I know I made a bad thread bout echo … but that had anything to do
with this…

The services I participate in, raising standings via missions, almost none of our runners are caught at missions, it’s normally to and from various corps.

How would it fare if it would have to deal with keys?
It would add complexity, and the trespassing could add pepper… my view…
There should be a way to share the key, for sure.
And maybe also a way for gankers/ looters/ etc to Hack the gate key/ lock…

Dude, you don’t need to add complexity because PvE’ers already have more than enough tools in their toolbox. For example, if you’re worried about gankers in mission pockets, you should immediately get off of the beacon and clear tackle. Many gankers are continuously chased by faction popo, so they can’t exactly spend a lot of time on grid chasing down a mission runner. And if you clear tackle first, you’ll be able to warp out if you do see anyone come into your pocket.

Honestly, risk is already balanced in favor of the PvE’er. And I’m of the firm opinion that anyone who says otherwise either (1) still has plenty to learn, or (2) wants something other than a brutal PvP-centric game with a harsh death mechanic. So, if you’re looking to learn, great. I’ll try to help you as much as I can. And if you want something more casual, check out Eve Echoes.

The Kill right activation is time consuming and I’ve never learned how to use it.
I’m not saying it’s too complex, but I think it is, regardless of what if I’d like to face the intruders?
How many kills have them? I don’t know statistics but I don’t recall that many Marauders face tanking a heavy neut gank group and surviving to tells others the fairy tales of how mighty he is, dude.

We need to add complexity because it’s unbalanced. Marauders are paper tanked. they received a buffer, and yet they missed an opportunity. They are made to stealth gankers, that’s it. You think otherwise? Fine.
Your opinion.

Despite this, I also think Rapid guns in the hoods of Talos, would make them too much Op…
There’s more than one topic to this thread…

My paladin does just fine thank you! I picked it because everyone said it sucked now. Works just fine for me at what your doing. No bling, all t2 and cap stable.

I have to admit though, the last ganker who flew in just turned around and left. I said “What, I’m not worth killing?” in local. He said something to the affect that I was to old to chew on so I guess I have the advantage of age.

How about NO. If anything the acceleration gates already provide too much safety. If someone probes you down right now they end up at the gate, have to go through it and then burn to you, so you have plenty of time to get away if you are even half paying attention.

I counter propose that probes let you land on the target that was probed instead of making you land outside of the gate or on the beacon.

I counter propose that probes let you land on the target that was probed instead of making you land outside of the gate or on the beacon.

Now that would get me to sub my other acct’s again!

it’s too hard to answer yes to activate kill right?

When you are the target, usually ganks still have not kill rights to activate, untill they started firing.
And then, if the transpass thing would be real, you would still have to single activate all of the ganks members kill rights one by one, whilst you should be focusing on either flee, or brace…

Source was just me.

I just made some ruff calculations based on T1 counterparts and similar fits…
The Marauders ends up at 70k EHP whilst the T1’s can range from 110k EHp to 130k EHp.

I’d love to check out Eve echoes, I don’t own a tablet, nor smartphone, only an old Nintendo Ds first generation… that’s the last portable gear I got… if a Ds version would come out… I would certainly join the fight!

Well, if you really want to try it, you can use an android emulator. 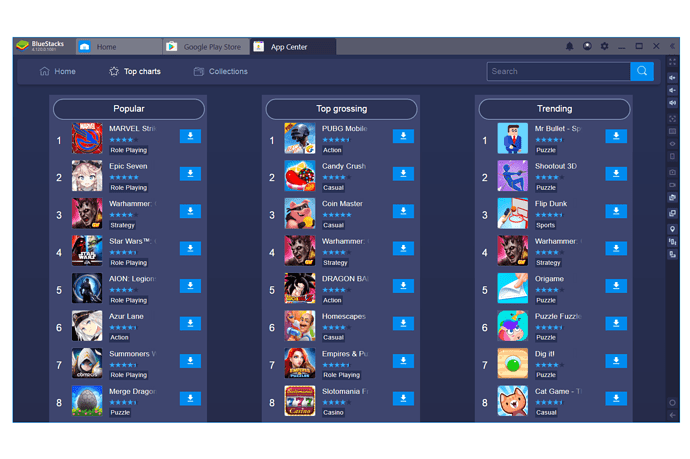 Run Android on Your Windows Computer With These Emulators

An Android emulator lets you run Android on Windows to play games and access other apps without needing an Android device.