+Infinity from me. I’d make it an infinite non-targeted light beam that can change color based on charges. Perhaps it triggers a response from the new Capsuleer Memorial coming soon.

ken. I am all for the cyno changes, but I don’t like the longer trains just for those who want to come to a vigil to pay respects. It will mean people who want to light one, will no longer be able to.

The proposal is to add a ‘special edition’ item usable by any ship (much like the festal launchers) where it will have a visual effect to a normal cyno but it’s not a useable beacon that can be jumped to.

My name is Insidious Sainthood and I support this message 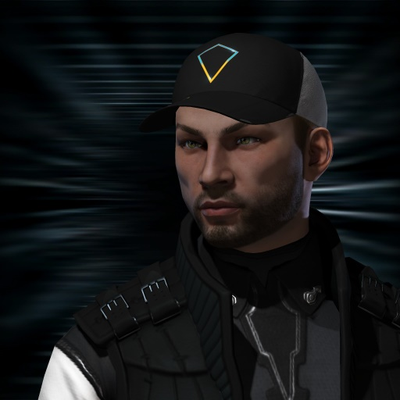 @Carl_Lauer @CCP_Rise They could do a special I game item ie the friendship Call it the “Bellicose Memorial Cyno fittable to any ship, uses no PG/CPU, looks slightly different then normal cyno (or maybe like a flame) and takes laser crystals as ammo to change the color. EZPZ @CCP_Falcon make it so”
3 Likes
Lucius_Aubaris (Lucius Aubaris) August 15, 2019, 2:10pm #8

I 100 percent agree, please give us vigil beacons.

Just got linked to this thread on twitter after someone who doesn’t like the changes was of course trying to use it to incite people who’re mad about the changes to be even angrier.

You raise a super valid point and I think it’s really important to continue traditions that have been built up over years in EVE. Thanks for bringing it to us in a civil and respectful way, it’s much appreciated.

I know the pain of losing friends in EVE personally - I’ve lost a few over the near seventeen years that I’ve been flying in New Eden. For sure this is something that personally feel we should address.

The Cyno changes are necessary to keep the continued evolution of EVE flowing, but I totally agree that they’re leaving some pilots who want to pay their respects out in the cold because of the cost of having a recon and the potential for losing it in a scenario that’s typically not combat related.

I’m not a Game Designer so I can’t promise anything, but it’d be super cool to see a module that mimics a visual effect similar to a cyno (maybe even something new) but doesn’t have the mechanics behind it to enable a jump.

I’ll bring this thread to the attention of the Game Design and Art teams and hopefully we can get a conversation going about it.

We’re already working on a replacement monument for the Molea cemetary, and allowing players to honor pilots who’ve been lost is something that’s very close to our hearts, so we’ll see what we can do for sure.

@CCP_Rise already contacted me last night… I’m sure he will take care of this topic.
The community already mentioned a few possible modules based on festival launchers.
Maybe this is a perfect example for involving the community into a module design.
I’ve a good feeling about this atm.

Imagine if using it triggered a response from the Memorial, almost interactive in nature. Could be beautiful.

Falcon, thank you so much for your response!

Cyno vigils have been a tradition in the community for years and something like this so that the tradition can continue without the high skill requirements would mean a lot!

Thank you for passing it on to the team! I really appreciate it!

It’s +1 from me. Surely it would be easier to allow a cyno to still fit to a frig but have a different effect rather than introduce something new? Hope CCP listens to the community on this.

As I said in @CCP_Falcon’s twitter thread: make it mobile, please, so people can do funeral processions etc, and make sure it works in HS. People in HS have needed to go to low, which doesn’t really honor someone who lived in HS.

Just wanted to add here that this is very important to us. We definitely overlooked it in the proposed design and need to figure out a solution.

Will update as soon as possible but as @CCP_Falcon says this is a valuable tradition and we need to try and preserve it in some form.

Or perhaps something even more magnificent than a regular cyno beacon effect?

As I said in twitter ammo could be shining point of light, beam of light, and colour determined by ammo. It would see use not just for Memorials but budding space artists would, no doubt be drawing Bees and Dinos and ‘other things’ (Ref: TTP)

I appreciate Falcon answering above. Thank you.

The thing is, we need more thought out thing than cyno vigils, we need PROJECTOR LAUNCHER module, that would launch holo-projectors with a holo-visual in space. Turning in space, 3d holos displaying by holo-projectors. High slot module, able to be used on all ships with a high slot. Can have only 1 equipped. Loading time 5 minutes. Capacity 1 projector.
Holo-projectors would have 10 hp and could be shoot down without repercusions.

Holo-projector batteries would last for 5 minutes. tech II would last 10 minutes, plex ones and event rewards would be 20 minutes.

and each of empires logos or pirate faction logos.

And maybe also that “vigil candle” effect to make it more traditional.

BTW, you could sell holo-projectors in NEX store for few PLEX, for example CODE or

. Or give some special ones on special occasions. The basics, module with basic holo-projectors could be manufactured and blueprints dropped from faction belt rats.

Thanks CCP folks for showing once again, even with all the community toxicity about the cyno changes, that you are wonderful individuals. Stay strong.