Thanks very much for the reply.

I’ll check out the discord and get those videos on asap!

Only issuing being… am I a big boy?

All that stuff sounds incredibly balanced.

Didn’t notice the tripple boxing… sadly beyond me.

IMO no need in any special prepping for abyssal, why bother with test server, whatever. Calm (level 1) run can be easily done in T1 cruiser (myself used Stabber going into the Abyss for the first time today), just shoot the red rats as usual destroy and loot the trig “caches” - they are visible, level 1 loot unimpressive in my experience but I skipped some of them because of the need to watch the 20-min timer (visible, too) as it runs out pretty fast and some of their weird structures can cause trouble but they are visible too and sit aside. With your skills and ships your can start higher than level one, unlikely to have any trouble.

I want to know what the best source of ISK for me will be.

With that many skillpoints you likely have skills you wish you could get rid of - you can now, extract them and sell them. Instant isk.

1 Like
Returning Players Should Not Extract SP
Chainsaw_Plankton (Chainsaw Plankton) February 7, 2021, 5:29am #11

lv4 burner missions or abyssal pve seem like great options. both are great with frigate to cruiser skills. Frigate/cruiser 5s, and t2 small/med guns are great.

Some PvE activities include the abyss, incursions, mission running (follow a blitzing guide or don’t bother), and exploration. Do note that you’re not going to make a lot from running combat anoms in HS. Faction spawns are rare, and usually don’t drop much. However the escalations can be lucrative. Of course, they’re also rare (and you have to run the right anoms to even be able to get them). Thus, a better choice might be to scan down ded sites directly.

Anyway, there are a ton of tutorial videos on youtube. so check them out for more details.

Why not?
A character that old has probably trained skills they no longer want. Those skills are just sitting there and won’t be used. i.e. Old mining skills one trained at one time but are very unlikely to use again seem to be popular to extract.

It’s not going to be a sustainable source of income for him, he’s not sure what he wants to do, and he’s been away from the game for a while, so he might discover that his ship preferences have changed. I think all of this increases the chance that he’ll suffer remorse from extracting.

@Xuxe_Xu I’ll have a little look on some of my alts but my characters tend to be very specifiic. I calculated this previously and I think Barrak here was something like 98.7% combat skills… though there may be a few I can eek out.

@Chainsaw_Plankton I’ll take a closer look at Burner missions. Q.Are those the same as the ‘old’ missions?. Essentially that was what Barrak was created for. Hence the high carebear count (missiles). I was reading that Torps are amazing now and I’m L4 Specialised in them.

@Shipwreck_Jones I’m following guides on youtube where I run a limited amount of ones that already appear on the scanning (not sure on terminology).

Some of those are highlighted to escalate better. Though I am looking for the ones that I have to scan.

Though this is what I refer to in my earlier message. It’s just to hit and miss. I’m sure on ‘average’ it works but I want some sort of satisfaction when I turn Eve off on an evening. They’re also crowded. I created a route that took me a little further away from the main hubs and need to test that.

Last thing… I feel like I’m on youtube more than I’m in game at the moment just trying to work out whats going to get my interest.

Thanks for the feedback so far.

Yeah, some people like unpredictability and getting those big paydays, other prefer knowing exactly what you’re going to get. And I feel you on the videos. Hopefully you’ll figure out something that works for you, so you can spend more time playing, and less time researching. Of course, you can always learn through experience. Might not be the most efficient way to learn, but it’s often a lot more fun.

Might I interest you in some Abyssals? No need to go full bore right off the bat, grab a frig and do some t1s solo to get a taste for it. If you like it you might find yourself running T5s or T6s in no time.

@John_Solas Thanks for the offer on this.

I did try 4 last night. I got to talk to two really helpful players; Relentless Thiesant and Zuul Achura (who tops some of the leaderboards). I took out a buffer Ishtar (never flown one before so that was interesting). It was a slow boater (no prop) so could only really collect the main stash apart from the last room.

Not sure how random these things are but in 4 x T2’s I took just 25Mill. The extra cans I did pull in at the end of each room were between 500k and 1m so I don’t think dragging them all in would make a difference.

Given my SP (not mentioning anything about acutal skills here) I think the higher Teirs will be where I need to aim.

Going to try the same Ishtar but with a Prop (AB/MWD) and see how that goes. I’m sure I can drop some buffer for speed which will then work better on the transversals.

When I’m on I’ll be in the Abyssal Lurkers channel. Can I find you there?

Yeah I’m usually hanging around that channel though it’s getting late for me. I’ve mostly been focused on soloing T2 abyssals in assault frigs and trying out the different HACs for higher tiers. Came back to the game recently myself and I’m still getting used to the drones pulling so much aggro but despite that the Gila and Ishtar are really great. If you’ve got the skills for a Vagabond or Sacrilege they are also viable options at higher tiers. The loot at T2 in a cruiser is going to be pretty horrible so dont let that dissuade you from abyssals in general before punching up some.

You say “… loot at T2 in a cruiser is going to be pretty horrible…” Would the loot be better if I was in a Frigate?

Yeah the loot in the main can (bioadaptive cache) is about 3x better as a frigate since the intention was to have 3x frigates enter in a fleet. If you do T2 solo in a frigate (I’d only recommend a Retribution, Hawk, or maybe a Worm) you end up with loot that’s a bit better than doing T3 in a cruiser. Mostly though it’s just about the fun of flying around the confined boundaries with a MWD and trying to avoid the clouds while kiting the enemies.

Q.Are those the same as the ‘old’ missions?. Essentially that was what Barrak was created for. Hence the high carebear count (missiles). I was reading that Torps are amazing now and I’m L4 Specialised in them.

no, they are a subset of lv4s, and all have anomic in the mission name. They are mostly fitting puzzles. I suggest watching these videos for fits and how to run them 2020 Burners - YouTube

you will want your torp ship for the general level 4 missions. Might be worth running cruise on a few, and for dread pirate I’ll always suggest an arty mach to double dip on the bounty.

And lastly if you have 5+ faction standings you can mostly cherry pick the best ~15 missions and make a good bit of extra isk.

@Chainsaw_Plankton Thanks for the reply.

In missions, beit normal or Burner, what am I focusing on? ISK or LP?

It’s been a while but do I need faction, corp or agent standing?

What will I need here? A Golem/Navy Raven and twitch fit AF?

I’ve got some pretty good ones: 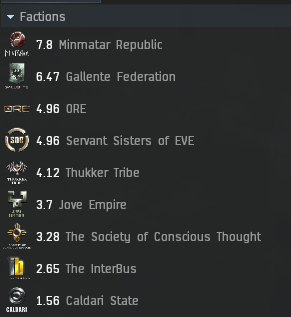 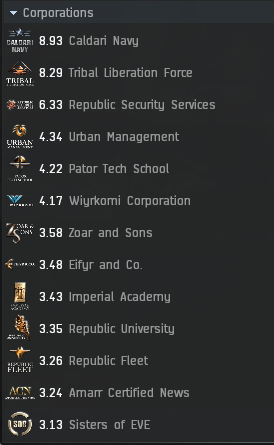 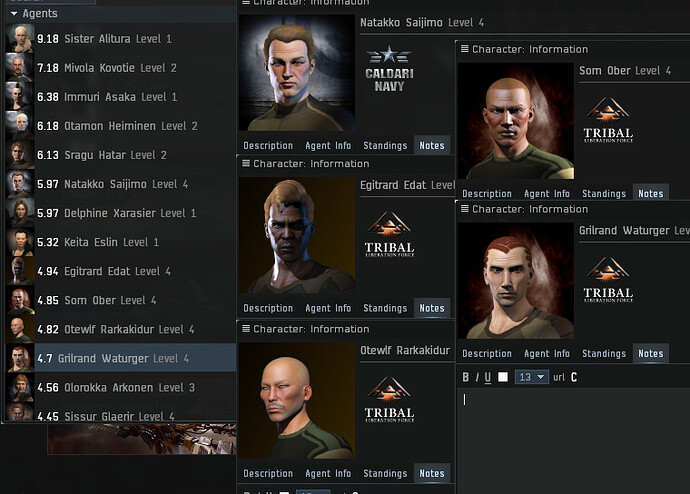 The best isk/hr to fund PvP is, and always will be a RL job. Nothing in Eve comes close.