Returning Player, What Do?

Using someone else goals won’t take you far.

Wait? Bring back? What have they done to my game!

Not looking for goals. Just a lay of the land. I literally have no idea what’s around and I’m a lazy, jaded grandpa nowadays.

I mean you can but noone does anymore.

Well in truth structure ransoms is where you get the most isk from now when ransoming people/corps/alliances.

In case you give hi-sec a try…

You can hunt people who have killrights on their heads:

Hunters rejoice as in this fine place you might occasionally find targets to locate and hunt in hi-sec space. ≡

Not sure if you count as a pirate or an enforcer if you do that though.

You can also suspect bait people for example miners, mission runners, explorers and whatever else by stealing their loot and/or popping their MTUs.

Speaking of MTUs if you are not bored of that minigame you can scan down abandoned ones and blow them up to keep the space lanes clear of navigational hazards, some might have juicy loot in them if you’re lucky.

You can also steal loot from gankers in Jita and elsewhere.

Someone already mentioned ganking itself as an option too. Of which you might try targeting abyss runners who often have blinged fits. Though this probably requires multiboxing or mates to fleet with.

You can also try mining if you really want to.

Any suggestions? Anything I should absolutely try?

Welcome back.
Take a look at the market and see if you like those prices

Playing versus other players? Versus NPCs? Piloting your ship? Piloting excel, blueprints and piles of goods?

Playing with other players? Or solo?

What was it that you enjoyed doing last time? And are you looking to do something similar to that, or want to try something new?

Personally I enjoy black ops fleets and other fleet combat in null sec. And my alliance has just entered a new war, so I assume there’s going to be a lot of PvP content in the coming weeks or months.

But there are many other forms of gameplay you could try. You could try the new abyssal PvE sites, if challenging PvE is a thing you would like to try.

Also since the last time you played a new region has been added to the game (or taken from existing systems): Pochven, which has some really nice ISK making and PvP opportunities for groups of players.

What kind of gameplay interests you?

Most things that were available then are still out there - incursions, exploration, escalations, etc.

Some new things are:

Some updates for Faction Warfare are supposedly in the works, but may be a bit before we see the result.

You could also look in the general forum for post on EVE Pandora which is a new player-run method for creating missions and content, or check out Githany Red’s posts on New Eden Police Force for anti-ganking.

Good morning, The PANDORA Agency system has gone live following almost 1 year in development and testing, with intense public beta testing coming to an end after 3 months. The PANDORA Agency has been around in one form or another since around 2006. In that time, it was more of a combat system for members of T.R.I.A.D only to recognise kills and allowing for the placement of bounties on players - all through a PHP driven website. Rewards were given to T.R.I.A.D Corporation members for killing e…

Thanks for the mention!

That does look interesting.

Last two times I was a wormhole CEO. Grew a corp big enough to live in a C5. I do not want the CEO life again, even if we don’t have to live in POS’s anymore.

Right now I’m probably going to hang with some of the NPSI communities and try to figure myself out. It’s weird. I have a pretty flexible schedule, but I’m a working novelist now and have quite a few irons in the fire. I have to steward my game time closely.

head over here too! 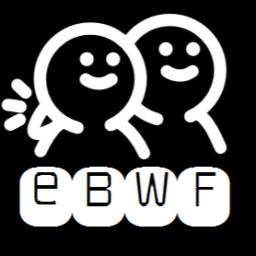