Seven years ago, I called EVE quits for what I assumed was the second (and final) time. I’d started the game way back in 2003. In that time, prior to my first break, I’d led corporations & alliances, participated in nullsec wars and faction warfare, and a whole lot more. After the first break, I was convinced by friends and family to help lead the charge into Thera, as that system was added to the game. EVE was a ton of fun, but my growing family called in ways that I was unable to ignore, and I called EVE quits back in 2015.

As is the case for many vets of the game, the long goodbye wasn’t the end.

An obstacle has presented itself almost immediately in returning for the second time. In the intervening seven years I’ve been gone, most of the people I knew have left too. For the second time in my entire EVE career, I can’t just convo someone and get in on the action. I can’t send IM’s to “the crew” and get the band back together. I’m more than a little rudderless at present.

So let’s talk about what I’m looking for in a corp. Moreso than anything else, I’m looking for activity during US evening hours. And by that I don’t just mean on the weekend. I may be the odd one here, but I actually have less time to play on the weekends, not more. I’m looking for activity midweek. Mondays. Tuesdays. Wednesdays. I want to log in and there be something going on, or people willing to let the new guy help create content by getting a gang together. I care less about what it is we are doing than having good, quality people to do it with.

I love creating content and helping spark action, but I know I’m going to need a bit of handholding as I re-learn fittings, doctrines, balance, etc… What is good now is not what was good then. Half of my ship fittings don’t work right now because module slots have been moved around. I’ll absolutely be a self-starter…but it will take some time to get there.

With that said, I have more than a passing interest in two primary areas (and this is going to sound really, really odd coming from a career PvPer). These interests don’t have to align with each other…they’re just what I’m looking for most currently:

I don’t really have an overwhelming desire to join any of the existing blocs out in null. I’ve done that enough over the years that there is little to be desired. Too often that boils down to waiting for a large fleet to roll out…waiting…waiting…waiting…and it finally departing by the time I need to call it a night. I’m not totally against this, but the corp would have to be truly special for me to want to join.

As mentioned, I like creating content, whether that is FCing or teaching pilots in-game, or penning an After Action Report after an exciting engagement. That, a decade of experience playing, and a willingness to try new things is what I bring to the table. I’ve FC’d thousands of pilots at a time, flew as a grunt, pirated, hunted pirates, hauled stuff, built stuff, taught new pilots, etc… I’m looking for a new challenge, and new things to learn.

I’m skilled into the following ship types, among others:

Perspective corps, note again the complete lack of PvP since my break in 2015. I’ve very interested in PvP and have actively PvPed for the vast majority of my EVE career, but I will not have the recent experience that your standards typically require. Given the opportunity, I won’t disappoint.

Thanks in advance for the opportunity! If you have questions/follow-up, you can reach me in-game at Matthew Geary, or on Discord at TheTargonian#9576.

We are PvP focused but we do make ISK on the side. Second, we’re a group of people who are building friendship and playing other games together, such as valheim at the moment. We want to grow large enough to take all fights even if we’re outnumbered! We do null sec or low sec roams sometimes.

Finally, being in a small WH corporation is great to learn all about WH mechanics and PvP in it as it’s much easier to teach you slowly but surely. The one thing is you must enjoy or willing to join a small corporation. We’re as active as a small corporation could be which could lead into some days being quiet. We definitely are looking to grow and it also depends on times, our week-ends are mostly dead but it’s hard for our student to get on during the end of the semester.

Our corp’s goal is to defend smaller WH corporation from eviction, once we grow large enough. If that sounds interesting, here is our discord link :Holy Hunters

We could use your talents here. Got a great community with relaxed rules and tons of new and returning players looking for ppl to help lead them on more content.

We are The Order of Omerta and we are looking for more pilots who want to be part of a tight knit community.

We are into mining, indy, pvp and pve. We are newbro and returning players friendly with ppl who love to help.

We are The indy and mining backbone of our alliance and we have structures rigged ready for work and a Corp buyback and sellback program as well as access to coalition markets. Join our jukebox mining fleets and enjoy bullshitting and listening to music with us.

If you like pvp we got everything from sig groups to small gang roams to big coalition battles. SRP program and experienced FCs to lead you to glory. If you don’t like pvp no CTA requirements just help defend our space if ppl try to ■■■■ with us, Corp motto “mama didn’t raise no ■■■■■” we defend our ppl and our ■■■■.

If you like pve we got great ratting and a low Corp tax rate to let you earn more. Incursion access and great combat sites to help fatten those wallets.

We do fun group activities from pvp bait mining fleets to trivia nights and a Corp lottery for players new and old to win prizes.

Come join the family and see why our ppl love this Corp. 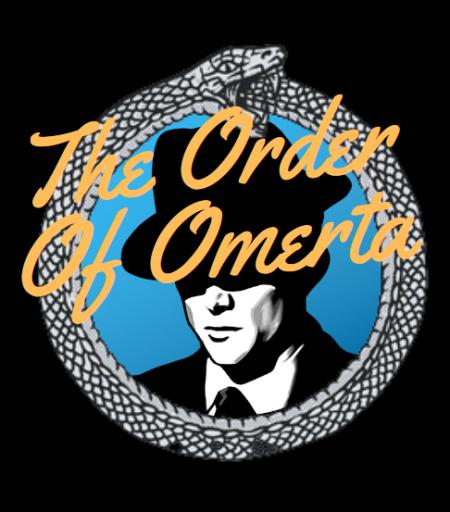 Join the The Order of Omerta Discord Server!

Check out the The Order of Omerta community on Discord - hang out with 110 other members and enjoy free voice and text chat.

If you are looking for USTZ PvP corp that likes to do Small-Medium Gang PvP then look no further than Into the Ether.

[Into the Ether] Welcome, We are a corporation of USTZ and EUTZ players looking for like minded individuals to join our laid back PVP community! Our leadership recently returned and created our start up dragging old friends and enemies alike to PVP and create content for all those involved! We are extremely interested in returning players like ourselves. The corporation has a plethora of experienced Directors and FCs who strive to take the bullcrap out of the game so the content comes easy f…

Hit me up on the corp Discord or send me a direct message and we can talk some more.
Justin Starr STARR#8251 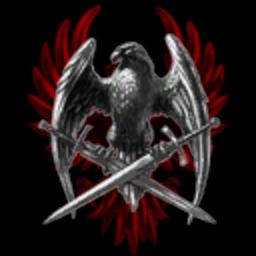 Check out the Invictus Imperium community on Discord - hang out with 119 other members and enjoy free voice and text chat.

Come check us out. Part of INITIATIVE alliance.

Sent you a friend request on Discord, happy to chat to see if what we are doing interests you, there is space and people to help you relearn and also opportunity within corp/alliance to do more if you wish. We have deep history, older players, direction and goals. We have access to a few regions of space for various content. Feel free to add me and ping me for a chat.