Returning player looking for a corporation

I am a returning Eve Online player. I want to warn you that I haven’t play in quite some time (about 10 years). I have several toons around the 70-mil skill point mark that are geared towards different specializations. I would like to come back and find a home…with a few caveats.

I struggle here with perhaps being too open and honest…but I don’t want there to be any miscommunication.

First and most important… I work a weird schedule. I’m a vet, but I still work overseas. I work 2 months on and 2 months off…rinse and repeat throughout the year. While I’m at work, I can’t be on voice…which effectively means that I can’t play “with” people. That means that I’m not social about 6 months out of the year. Regardless of the game I play, and even if the guild/corp leader says it’s not a problem, it’s always a problem and I inevitably get dropped for inactivity. I just want potential corps to know upfront that I’m personable and loyal, but not always available. That said, as soon as I finish my master’s degree in 2-3 years, I’m changing jobs.

Next, I’m old and my playstyle has changed a bit from back when I was living in this game. I love sci-fi games…but I have other commitments in life now. And I’m no longer into PvP as much. I like more PvE and co-op stuff. I’ll still do PvP if it’s in a group, but I don’t go and seek it out. And along that same line of thought, I’ve had my fill of drama…so, I’m not really into all of the political and spy stuff (then again, it is Eve Online…I just want to exist for a while). I don’t want to use the terms casual or chill because I don’t want to limit myself, I just want you to know what kind of player I am atm.

As for my experience, please remember that all of this was 10 years ago. I’ve done solo pve, small group pvp/pve, fleet engagements, and dreadnaught / carrier ops. I’ve done highsec, lowsec and 0.0 living. Think I stopped right before wormhole stuff came out. So, I’ll be rather new with some aspects of the game (in addition to relearning and being a bit timid).

I’d like a guild that is operating in lowsec or null space, but I’m open to just about anything atm.

Anyways, if you’ve read up to this point, thank you for taking the time. Sorry for the wall of text. Just want to be upfront and clear.

I appreciate the open and honest communication. That said, as you’ve never done WH stuff, would you be interested in them?

I’m game for pretty much anything. And yes, I’m interested in WHs…just don’t know too much about them. Just would like an established corp / alliance…and one that is not about to fold and / or move. Would also prefer a corp that focuses more on the PvE aspects of the game. That doesn’t mean, though, that I won’t do PvP stuff with the corp. Hope that helps.

Yeah it helps. I hope you’ll find what you want, as we’re mainly PvPers but we do some PVE on the side when needed. Wormholes gives so much ISK that you end up being able to plex like 4 accounts + affording a lot of ships without any worries to your wallet. Reaching that point, PVE is boring.

If you’d like to dip into WH space and kill sleepers to your hearts content. Stoned Clones is for you. We have currently been recruiting several returning players like yourself and some have weird schedules too. Here’s our forum ad and let me know if we sound interesting to you.

Stoned Clones [SCBB] Lack of Sleeper loot getting you down? Recruitment Center

Ever find yourself turning up the vaporizers in your pod, staring into the depths of a black hole or being mezmorized by the effects of a pulsar and asking yourself, “Dude, where’s my ship?” A likely answer is that you were flying while stoned and your ship met it’s end to the Sleepers you forgot that you warped in on while you were looking for another bag of Cheetos. If this sounds like you then join Stoned Clones. Stoned Clones is a group of like minded stoners and non-stoners alike. Based in…

We could be the Corp for you, drop in Ruthless Regiment, Heavy USTZ Nullsec Corporation is Recruiting! Seeking more EUTZ pilots!

Welcome back, you poor bastige!

I am a firm believer in open communication, and really appreciate what you have put forth in your post. With that in mind, I will say, I’m not sure if Aegis Reforged is a 100% match for you, but am interested in having that conversation with you. The two month cycles wouldn’t be a problem, since we know about it ahead of time, and so long as you communicate when you’re going comms dark, and when you’re back.

Our corp is part of a sov holding nullsec alliance, Already Replaced, in the Immensea region. We have a lot of PvP (which is part and parcel of that life), but plenty of PvE opportunities, as well. I encourage you to check out our recruiting post if you think you might find a home with us. Good luck on your search.

The Black Pink is a WH PVP Corporation based in C3 WH . We are a focused on PVP and PVE, We have access to great space for ratting and Mining. We are currently working toward providing more PVP content to our members - with regular small-gang frigate/destroyer/cruiser roams, we are looking for like-minded PVP pilots to join us! All players are welcome, Alpha, Omega, New, Old, Returning, the person is more important than the SP. [FBS-1630x860] What we Offer: Regular relaxed small-gang PVP…

hello chap, small corp attached to mid sized alliance in Immensea, null.
If yr EU TZ jump into shield107 in game for a chat to see if we are a good fit for you.
cheers Edrik

[W.N.G.A]" Who needs graphics anyway" is a PVP/PVE oriented corp, located in Domain. We are currently looking for new members. If you are PVP & PVE minded, fairly experienced, but most of all relaxed, with a mature attitude and if you are looking for a great time, we are the corp for you! We have the following to offer you: Active veteran leadership Frequent OPS Baiting Bashes PVE (simply because you need ISK) Discord is required and communication is done in English. We do ask some commitmen… 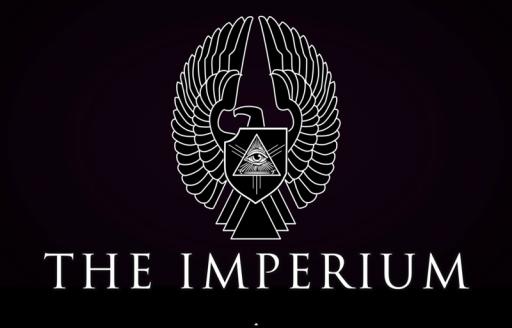 Check out the Invictus Imperium community on Discord - hang out with 116 other members and enjoy free voice and text chat.

Hey! Seen your post and figured I’d give ya a shout.


I think you’d fit in well with us! Join our discord if you’d like to chat! Discord

Astyria, popped you an in game mail, feel free to reach back.

Looking for a PVE playstyle without “playing” with others? Wanna make ISK doing PVE missions? Don’t wanna be “tied down” to one corp or one playstyle?

United Standings Improvement Agency is looking for new mission runners. We raise standings for other pilots through missions and could use some more who want to make some extra isk on top of doing their other activities.

Can’t use voice? No problem, all our work is text based, that way we have a way of tracking what is said or mentioned when dealing with clientele.

We are more of a service than a corp, so there is no requirement to join the USIA corp in game, and you are free to stay with one of the above mentioned corps or any corp, and still work for us.

Discord link is in the forum post. Come say Hi!!

LAWN has been active and growing since its founding in 2009. We are a community of mature adults dedicated to a friendly, team-focused, and fun-loving gaming environment. LAWN is wanting to diversify and expand our borders. We know EVE is a global game, and we are looking for corporations from all walks of life and timezones. The primary purpose of LAWN is: To unite corporations of like mind and maturity in order to exploit null-sec systems in New Eden for fun and profit To provide for the co…