Roleplaying player made lore based upon the eve lore stories & a player government to boot. Recruiting!

A few roles that i need to be filled would be:

These roles are nessesary to start up this government of mine and will take priority. We will accept other roles as well but these are the most nessesary once at this time.
Ask any questions that you might have about these roles.

I don’t like to do bumps since they are not contributing anything.
But it’s still needed in some regard to not let this post “go away”.

So the next “bump” i will do will be more informetive.

I noticed that i did write about criminals vs government, poloticians but forgot to mention every thing else.
Therefore i will write more about other roles as an informetive bump.

Citizen
A citizen is a full fleged member of the government and will recive it’s full support. You as an capsuleer who wish to apply for an citizienship will be will be tunneled and processed through a corporation untill your applyance for citizenship has been accepted and processed.

So what is a citizen in this government doing and how does it effect the govenment as a hole?

A citizen is a citizen, a tax payer, a workor, unemployed, a student or what not. You don’t have to think that hard to know what a citizen is since it’s just to compare it to the real life.
The citizense are the beating heart of the governmenet and are vital for for the government. The government supports it’s citizens with all kinds of support if it’s needed and if the ruling political party enforces these political priorities. The support is there for the induvidual to support them in financial matters & growth.
The citizen role is the foundation that the is the is the first role you will have and continue to have throughout the membership of the government where other roles will be added opon top of that.

Founds are now gatherd and the the launch will happen the 2019-07-21. (it’s planned to atleast)
So i have alot of work ahead of me, leadership roles are quite wanted to help me releave me some of the work. Otherwise then that, we are still recruiting and have ALOT of avalible roles for people to fill.
Considder this as an informetive bump!
Hope to hear from you!

Jesus, I hope you are successful for all the work you put into this.

Do try spell check though!

I have questions about your project - is it better if I list them here or in EVEMail convo in-game?

That all depends on what it is

But go ahead and share them here first so others can read them. If it’s more of the shh questions then ask them in a mail.

What will the government be doing in-universe? i.e. which activities, in which regions, what kind of relations with other groups, any plans for conflict? Also, why a fresh character?

Let’s Start with your last question.

What will the government be doing in-universe? i.e. which activities, in which regions, what kind of relations with other groups, any plans for conflict?

Rp- Things can happen here out of nowere. Events that can trigger a thing to become a large scale thing in the government and have major effects upon it. Things that will shape the governments history.
An example would be for pirate vs police thing, or a planet that mr or miss X has governership over is being neglected. A cave in at a mine = prices go up. Greta campaining over enviroment that the citizens took to hart and started to rebell over since the leaders did not listen to them.

The areas we will be doing our activeties are: High sec, low sec, null sec. Other areas will we have to wait and see what the direction and events takes us in new eden.
Now in the beginning i plan to hold our activeties in high sec until we have an more orginized group & more people so we can then take controll of those sov areas i planned to hold. Activeties in low will happen as well but mostly more in an orginized fashon?

Other things that the government will be doing in the universe is supporting orginizations and help out when help is needed in some events, rp and none rp. Lore and none lore.

Thank you for the informative reply.

I have tryed to get into your discord but your discord invite is invalid. Try it one more time and send it through mail instead so others wont take it instead of me. 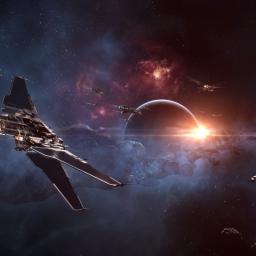 Check out the Government prepp! community on Discord - hang out with 7 other members and enjoy free voice and text chat.

Recruitment is still active and things are slowly moving forward

This sounds interesting- though I don’t have much experience with RP. Would this be a good group to learn, or should I look for a different group?

We are still standing at the starting line since recruitment is slow among other things, but i would say “yes, it’s a good group to learn from. We teach eachother as we progresses in the game”.
As mentioned before in the text if i remember correctly, we will start up a school or schools later on as well that will teach diffrent things for new players to old players. This will happen later when we have more members and people who would be willing to fill out those teaching roles among other roles.

I don’t have much experience with RP

No worries there, it’s something you learn as you progress and how mutch you want to roleplay is up to you but we will do rp actively. (we will have a out of character channel as well to get a pause from it)

I am very much interested in this project. Would love to be apart of this but I have a couple of questions:

Thats all my questions for now. Thanks for reading!

i am glad that you are very interested in this project of mine. It’s good that you have questions and ask them. Ofc i will do my best to respond to your questions to get your curiosity satisfied.

Use the player lore i came up with as a base and build your story from there, or…

use your route as a base and build your story from there and imigrate to “our story” (the player lore that i created as a base).
(number one is the most poppular atm since i forgot to mention the other route to the other players

I hope that your curiosity was satisfied for now & that you ask more questions if you might have any that might popp up.