I think AFK bot mining is bad for the game, but I choose to not AFK bot mine.

… and AFK bot mining is no longer a problem in EVE???
The other side of this is that you have to actually do something meaningful and change the game - to reduce AFK bot mining. I am not saying that this is easy or that you should have done more, but your actions, however admirable, had no impact on the game as a whole.

I’m a ganker. I am the solution to AFK bot mining, but Ron wants to stop me??

I have not heard him say that he wants to stop those who demolish AFK bot mining. If anything I would imagine he would welcome changes to make your EVE life more fun … here, I will ask this in his Twitch chat. Lets see what happens.

I never said wanting to reduce the influence large coalitions have on the game is propaganda and if I wanted to ask Ron a question I could just post it in this thread or contact him directly. Unless in fact you are his campaign manager and fielding all his questions.

Unless in fact you are his campaign manager and fielding all his questions.

Dear gawd.
I am just another geek, like you, who has some free time and decided to post here.

Ron/Redeem3r, I’ve asked if you would be willing to talk with me on a recorded format of your choosing, so we can debate and defend/attack each others views about gate camps being content or not content etc. I am currently running for CSM as well, and I think there is a lot to gain from this kind of conversation. I can promise you that I would be polite and cordial, would not use any foul langauge or even talk in any kind of reasonably perceived aggressive tone. This comes from a place of passion, on both our parts, I imagine. So I think it would be really productive to have this kind of talk in a format where people can listen, and make up their own minds from the talk.

Here’s the link for my post so you can see my positions on said subject matter.

I’m not after clout or more influence for my campaign, I’m really quite happy doing this on my own youtube account, your twitch account, talking in stations, or a neutral account that has 0 followers so only people who look up the talk can see it. 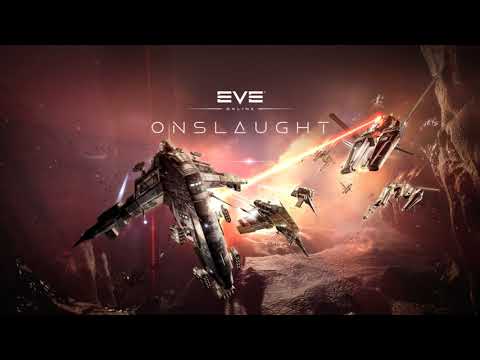 Ron/Redeem3r, I’ve asked if you would be willing to talk with me on a recorded format of your choosing, so we can debate and defend/attack each others views about gate camps being content or not content etc.

Hello Isaac,
I agree that this would be an interesting conversation.
I do believe that gate camp mechanics should be changed, but my ‘solution’ is quite a bit different from what Ron is proposing.

I suppose the entire conversation will hinge on the premise that: Gate camps are unfair/unbalanced part of the game. Where by “unfair/unbalanced” I mean that the camper has practically 0 risk while engaging in this activity, while the traveler has all of the risk. If we agree that this is the case, then the desire is to make this balanced, which should mean that the risk for the camper should be increased. (It is entirely possible we disagree somewhere in the above and that will have to be cleared up.)

In any case, I am not running for CSM16 and your time will be best served if you talk with Ron about this.

I would just encourage you to go through my loss mails, I have quite a lot of them to share. Some are stupid, and many are expensive, but a common thread among them is bait almost always works on gate campers, a lot of us grow complacent, we are not skilled players in the same way people like FW/Voltra are, I get hot dropped by accounts that I should really know better than to engage with, but this is a common theme, even the best campers like my friends in Fruleger who camp the exit of the asset safety pocket, we have been dunked their by worm hole guys, etc.

I think there’s a really interesting conversation to be had, and I would love to have it with anyone really, but It would be really nice to have it with Ron, since we have such diametrically opposed views on the issue. I imagine people who support his position, would love to hear it just as much as those who support mine would. So please if you ever get to talk with him, throw my name out there. I don’t mind using a PTO day just to make this kind of thing happen.

Thanks for the well written response, hope your day goes well.

CCP cannot, and most likely will not prevent people from joining up. Coalitions have no game mechanics supporting them as such, yet they exist. So do (parts of) blue donuts and rental space - perhaps the most miserable evolutions ever in EvE, without CCP ever having had the intention of creating those. It simply is emerging gameplay.

I am positive that people would still join and work together and set common goals even if by magic (or by “Ron”'s efforts) the creation of corporations would be made impossible. If “Ron” wants big coalitions or alliances to disappear, “Ron” should work from the inside, still the most efficient way. Just another flawed point on his agenda, as with the gate and pipe camping. Sounds awesome to some, but means very little. And there’s no need for taking away more play styles.

Coalitions have no game mechanics supporting them as such, yet they exist. So do (parts of) blue donuts and rental space - perhaps the most miserable evolutions ever in EvE, without CCP ever having had the intention of creating those. It simply is emerging gameplay.

I agree, some of this is pure emergent property of the game system and it is excruciatingly difficult to ‘fix’ (whatever that means).
It is, IMO, worth it to keep the awareness of this miserable awfulness (to expand on your adjective

) and present it to CCP as often (and as succinctly) as possible, such that they (we) find a way to improve the game.

Quitting the coalition will not help remove the threat of others to create or sustain such large organizations.

Be the change you want to see. Ron has trillions of isk of assets sitting in his hangar that could be used to fund and wage asymmetric warfare on larger coalitions. Ron has far more wealth and influence than most players, and yet he continues to support large-coalition gameplay. Why should we trust him to change his ways if we give him even more influence? There’s plenty of credible arguments in this thread of him having poor game understanding and mis-representing things for his and his large-coalition playstyle’s gain.

You realize how transparent this is, right?

You rage quit the game after losing your titan. Can you explain why this makes you a valid CSM candidate?

The real questions is why would anyone other than Ron himself make a brand new account to try and act like someone else is endorsing him. Why would anyone want to keep who they endorse private…

In other words… “Hi Ron why are you trying to make yourself look better by fake endorsing yourself?”

Could you explain how this reaction to setbacks and view of the EVE player community should encourage people to choose you to represent them to CCP for you?

Just going to let this sit here. Saying that kind of ■■■■ does not belong in a game. And a person who says these kind of things does not belong on a board of players who represent the community.

The real questions is why would anyone other than Ron himself make a brand new account to try and act like someone else is endorsing him. Why would anyone want to keep who they endorse private…

All of this was already addressed in the posts above.

I am. Already posted on Arsia’s thread.

I don’t know if he is better. However the changes I am hopeful for are related to large alliances and it requires to have someone with the prerequisite experience and knowledge to argue for (and push) such changes. In this regard, no matter how much I enjoy (and like) Arsia, I don’t believe she can meaningfully argue for large org changes. To be fair, she never suggested she would bother with such changes - her topics of interest are in areas where she has great expertise.

Here we don’t have a case of “better vs worse”, but it is rather the proper person/player who can initiate a change for the better.

If Ron (or any of the person with experience in large organizations) imparts changes which lead to reduced influence of large groups over smaller ones, then that is a change worth fighting for and is something that the small corp fellows can not offer.

Please note, this type of large scale change is going to be incredibly difficult to establish - since it is related to emergent gameplay. I am hoping that some good ideas will come to the forefront that will provide more freedom/options for small groups to carve their own path in EVE.

All of this was already addressed in the posts above.

Ehm no it wasn’t and the fact that Ron isnt answering anything but you are kinda just solidifies my argument that this alter ego of yours is just an attempt of making your candidacy look less pathetic than it already does.