/in character
/start of transmission (only text)

Hello to you all Galenteens and Minmitarians in the vast space.
I come to you with a proposition for those who would like to seek refuge from these pirates that seem to be anywhere and everywhere.
As it seems that concord and the individual Governments are not taking any major or minor actions against these pirates to combat them for the greater good or the economy, it falls up to us to band together and combat these pirates ourselves.

I have taken the initiative to create a fleet in the Embod system, where I hope that… You… The people of the federation and the republic will band together and combat these threats.
By banding together we will create numbers and with numbers we create strength. And through strength we will break free of these threats. So that we may go back to our daily businesses.

/out of character
The requirements to join in on the fleet is to have a 0.0 security standing or above and be a pilot from one of the factions - Galente or Minmetar.

What ships you may use in the fleet:

Note/Notes: that this event is on your own risk and I will not reimburse you if you lose any ships or implants during the event. Nor for any scams that might have happened during any of the sales.
All purchases and sales will be done to a player with an industrial or freighter ship.
And since this is a roleplaying player lore made event, roleplaying will be much encouraged but not at all forced. Fleet will always start up at the Embod system then move to the system in mind.

/in character
With regards
Tryme Trymson.

/out of character
I have had a Great time today, alone but fleet have been open all the time for those who wanted to join in

I just slightly forgot to mention it but i’ll be online for just one hour more = 21:00 - 22:00 eve time.
I meet a nice player today who gave out a package of stuff to new players in the starter systems. I am one of them. So I just wanted to give him/her a shout out and hope to give this single player some support since he/she is doing this on their own without support.
The character who gives out packages to new players is: Corporal Fillip .
I hope that you give this character some

and support as I will do later on to become a sponsor.

I were active during that time mentioned yesterday and the fleet was open as well.
None joined in but I will keep on going till the 14:th before I decide if it was productive, enjoyable or helpful to the new players, buyers & sellers and for me.

I had no time yesterday to post this but the fleet will be active from 09:00 - 14-00 eve time. Be sure to sign up if the event might interest you with a "i’ll join, my character is ________ of the in-game character and what ship & role you will have/ do + for how long you will be with the fleet.
See you in-game or on the forums

Hi everybody,
yesterdays adventure was fuuun!
My one man fleet was once again just as mentioned, a one man fleet during the time the fleet were active. But as usual that does not stop me! I ventured out to my nearest low sec, a (-0.4) system to mine some much needed jaspet ore. But alas, I could not find it in any of the asteroid belts so I started to scan down the system instead in the hunt for jaspet that I needed for production for various Projectile ammunitions & ship modules.
What I discovered was not any ore sites… But I DID find several wormholes that had even better ore sites in them that I ventured into ( just one of them that was an exit wormhole that ended up to be a path to a c2 wormhole). Not only did I discover wormholes but as well 2 facility locations that would had turned to become a battlefield if I were to warp there, which I did. To one of the locations at least and it turned out to be a Minmatarian Contracted Bio-Farm by the Angel cartel. It was Thoraks who owned the location but from what I saw it was full of pirates and slaves. So I destroyed his biodome garden as a sort of revenge for the slaves and eliminated the pirates. Dam pirates! I tried to free the slaves but the facilities were proven to strong for me at the time and I had not enough projectiles to do so. But I was successful on retrieving the storage facilities. So I aim to go back there later and finish what I started and activate the gate that I found as well in that location. The other site did I not warp to.
Another site I discovered was a nice looking site were I were able to hack myself into their colonies systems and retrieve steal some very much needed materials for research. I do

research.
But before was successful on I got disturbed by, yet again, a pirate, that I escaped from successfully before any bullets went flying.
Pirates are everywhere… everywhere…

So today I will continue of where I left my business unfinished and save those slaves if they have not picked up their stuff and tuck-tailed and warped away. The fleet will be active as well from 07:00 - 13:30 eve time.
See you

I am an Amarr-traitor/freedom fighter and I support your cause.
Please do not let the fire go down.

Thank you for your support. it’s the last day today. After that i will join try to join eve uni.

Perhaps once you have finished your training you may be interested in a more… secure and profitable security job?

And what would that be? Null sec? Guarding you and yours in a corporation/alliance? 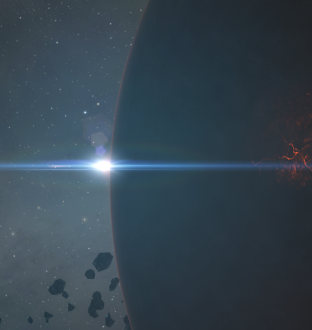 Elias en Diabel Elias claims to be one of Silphy en Diabel’s many distant cousins, a small cog in a large wheel but no one appears to know exactly where or when he was born; despite being the…

Preferring small gang content we are looking for like minded players to join us in Syndicate for group pve (burner missions/wormhole diving/abyss) and small gang PvP. Ideally you will be willing to operate on your own AND in small squads of upto 5 or 6. Though there is scope for larger engagements with the alliance and friends. Preferred doctrines are nano kite. Why Syndicate? Null security area’s can be used to make isk whilst scouting for wormholes and targets of opportunity both for conten…

No thank you. I have my own plans to follow through

I’m sure our paths will cross again

I AM VERY SHURE IT WILL

Okay, it’s been a wile since i updated this post. So that’s what i will do now.

I have gained a few people who are interested to support this endevor of mine + a 1 or 2 new players who have joined in on this and learned stuff in the processes.

The fleet will be active today. Join in on a text channel that i have created called: Enlightened Metropolis that you can join in on. It’s somewhat empty but rest assured if you stay in there you will find me or other members/capsuleers in there.

Your hosting an event and not taking any responsibility for anything bad that might happen during it?

Ganks will happen especially when your advertising it to the world. But If you can’t facilitate or guarantee that transaction that happen under your name are legit why would people invest time and effort into your narrative ?

Is the public mining fleet still a thing?

Second question: I Wellcome the ganks since that will only help out the new players on being tought on how to defend themselves in a group and if this would occure if they were to be playing solo. So there is a risk that the players will lose a ship wile being in this fleet. Mostly narrowed down to when we venture out to low sec or wormhole space.

And lastly, yes, you got a point there. But i can only do my best when i am writing english that is not my mother language. But i have bought a book called “English Grammar In Practice” that i am about to study and try to get better at my english. Good luck me

It is very mutch so. Join in on the text channel i have for it if you wish to take part in it. The name of the channel is called: Enlightended Metropolis. It’s quite empty since there are not many who are in it. But it will grow given the time for it to do so.