Singularity Test Server leading up to the Uprising Expansion

We’ve added a few things for the Uprising Expansion for you to test on Singularity (SISI) and give us feedback on. We are aware that some of it is missing and that some of the things might not appear to work. Please do not let this discourage you to let us know about it just in case!

The new Frontlines feature in Factional Warfare (FW) draws pilots closer to the borders of their opponents. Systems in a FW warzone can have different operational states which are designated as follows:

Starting next week, we will add specific feedback threads for more FW system changes & specific balance changes that will be added onto SISI for you to test.

The new map is nice, but it’s missing the table for sorting systems and control percentages. The table is something I use a lot and hovering over the map all day clicking isn’t desirable.
Current: 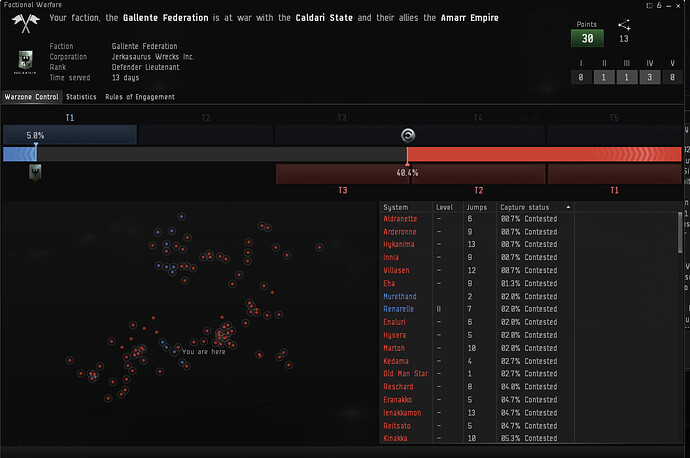 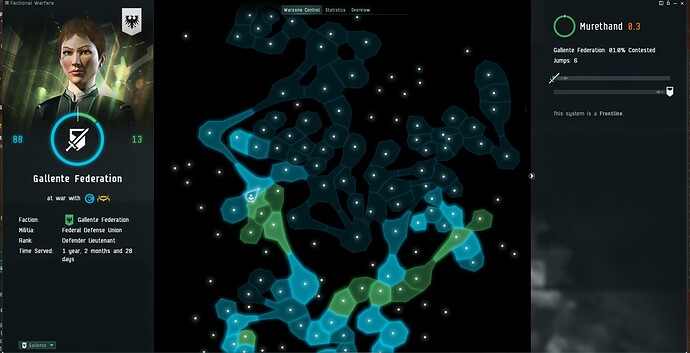 Bugs I found: The large plexes have a gate but the description seems to be for the open. - “Large NVY-1: This beacon marks a large free-standing military location with no acceleration gate.”

The new map is nice, but it’s missing the table for sorting systems and control percentages.

This, I’m, good with the graphic but Def needs a table.
Bonus that would be nice are indicators of where You or or or your corp have assets, but bring the table back.
As far as missing items to test
Propaganda structures and bpos on markets
New Navy frigs/bcs.

I have noticed now 2 rats spawning in ADV plexes

Missing in game info on new plex name values what does 1 VS 5 mean and need some way to get the list of allowed ships without having to go to gate.

Consistency with names please.
Frontline, Command Operations, Rearguard. Those words are what you are using since the announcement, and they make perfect sense.

In the Agency, we see Frontline, Secondline, Backline. I have a brain and can understand what they are referring to (even though “Secondline” is not a actual word) . But for consistency, please use the same names as what CCP is advertising since the beginning. 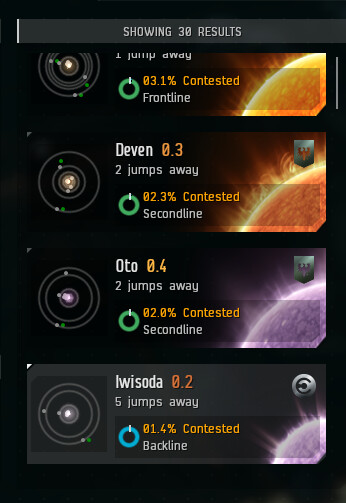 Strongly agree with this.

I also support that name change. Going to get really confusing if they stay first line/second line.

I’m wondering if they are using these as placeholders because they are not sure if the names they originally used are either not accurate enough or too specific? I 'm good with Frontline Command Ops, and Reaguard as well. It makes sense and we are all already conditioned to it.

The original post was only4 days ago. If they were already struggling with the names then (names we are now familiar with and that make sense), and they were favoring words that may not even exist (secondline), it was a good moment to mention it.

I completed a Battlefield site solo in a comet.
System was 0% contested to my side so basically zero rewards but did get a weird message on completion.
Also my experience was weird. I warped in… no indication immediately obvious as what i should do.
Randomly moved over to defensive node that was drifting towards what can only be described as a quidditch post. in total 3 quidditch posts type things. The npcs were busy pew pew ing each other and didnt even yellow box me when i shot at afew.
Once i got to the quidditch post it activated on my proximity and began a very fast cycle of giving minmitar “points” towards the battlefield. this completed in less than afew minutes and then the site was done…

*update got to run a second one… seems to be that the npcs get too far from the thing they are meant to defend and if you dont it just caps anyway…maybe keep the npcs closer somehow or tie in their exsistence with whether the site can progress? Also slow down the cycle time of the capture mechanic a little so there is some time on grid.

General point about the speed of system captures.

What is the advantage system actually doing and how are we meant to influence it?

Why have we been in full control of a system all day and only make about 15% progress… its the slowest grind… ?intentional?

I too had this. Ran the battlefield site in a fast frigate by drawing the enemy NPCs off the Quiddich post (capture beacons) then burning back round the, to secure the site in like 2 minutes.

I had the same message that I was too far from the beacon.

I assumed bug because I was more than 30km away from the original warp in although still orbiting the capture point.

But that aside it was faaar to easy to do solo.

Ran 3 propoganda posts. system advantage to minmatar increased 1% intentional? seems like 15-20 mins to increase 0.3% of advantage while being completly vulnerable in a non gated site is pretty high risk for low rewards.

Battlefields make progress with only a pod on the beacon… that cant be intentional.

Sites spin even when npcs on them in the middle. side sites do not spin if npcs withing 30km ? bug

Novices renamed to scouts? but why? communicates less about what they are actually about 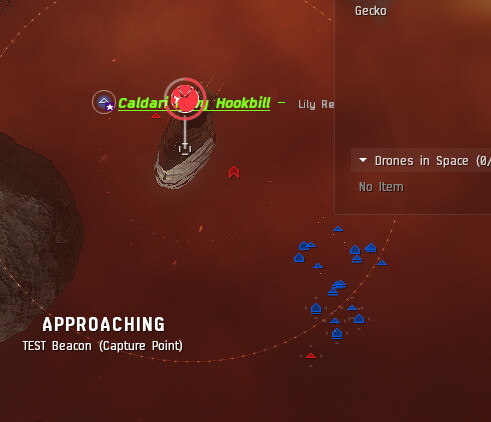 npcs and it still progresses

Is the removal of Tier levels intentional and/or permanent ?

Yes this is intended. The tier system no longer exists now that it’s tied into the warzone status, so missions are paying out regular 100% unmodified payouts.