Dont use the word “secondline” use that what was advertised.

The current system states are:

oh ok so it got fixed.
thats gud

As mentioned, on Sisi. AFK offensive plexing in afk tristans and algos is still possible. Yes, they will have less effect, but when certain people have 5 alts they just stick in empty (literally just drones) tristans and plex up systems overnight should still not be possible.

Plexing shouldn’t be afk. Also still need to prevent bots and dedicated farmers from bouncing the moment you get outside, FW should encourage PVP. Make the rats disrupt or something - but be unable to leave the 30km boundary, so if people want to burn off and warp they can.

On leaving an FW alliance in Tranq, you can go to a Militia station and cancel leaving the militia, so you stay in once out of the alliance - that option was missing in the current Sisi build.

It has been pointed out that there is a typo in the FW window text: 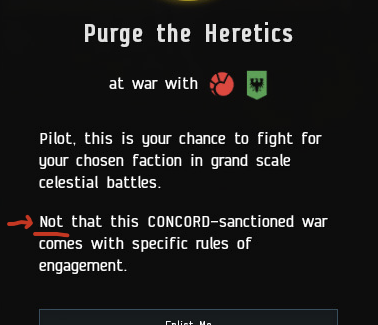 Create special resources that can be only mined / harvested in the FW rear guard system(s), resources like new ores and ice products, ores will be for making things, ice will be for fuel.

Ideas would be either to make
A> various faction LP Items ( modules, ship hulls, ammo etc) to which players in said faction can then use only in the Faction / FW marked space.
B> NPC Faction ships that patrol the system(s)

More Deployables or have Special mini Citadel like structures that are as the following:

Refinery - Use to bring the special ore / ice for refining, making fuel
Factories - Making items, ship hulls with the special ore
Shipyards - Use as storage for the items / ship hulls created in the factory, this is accessible by only Faction Militia Members

Can the propaganda structures be made to act like Upwell structures when hovering over large numbers of things in space? (i know that’s a bit vague so i’ll try and clarify) When hovering over a group of items in space, say roid belts, a list appears that shows all the things in that spot. However that list has a maximum size and ends even if there are more things in that spot, but Upwell structures can break that limit and go past the normal maximum list size. So looping back to my request (sorry about how long this is) can the propaganda structures also go past the maximum list size so it’s easier to shoot evil Amarrians?

Thanks for the report!

I’m in Minmil and am able to redock in a station in Amarr-held Kourmonen despite getting this message whenever I undock from it: 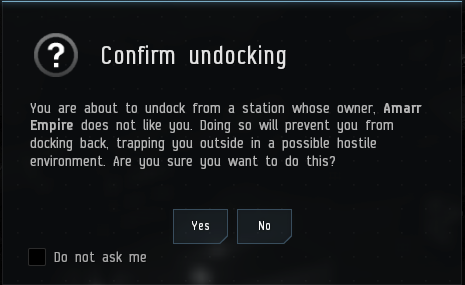 I’m on my dev account though so I might have some kind of role that permits me to do it. Just to be safe I won’t abuse it during the wargame.

When docked in an Amarr station as Minmil (Anka), i was trying to buy a ship and fit it up, when hitting the multibuy button I get an error that says that im in an Amarr controlled station and that i can’s access the market. So the next thing i tried to do to worm around having to go places and do stuff was clicking the market button and buying the items one by one, this worked until i bought 21 ABs and the game decided that i was no longer allowed to access the market in any form. Im not sure but i think i bought another ship in an Amarr station with no problems.

(UPDATE: the multibuy button came up at some point and i bought the ship and fit)
Update 2: i have the ship but i get an error when i try to fit it, either a bad fit error through multifit or a no u from Amarr when i try to open the fitting window

2 posts were merged into an existing topic: Frontlines Wargame on Singularity

I do not see any Novice ADV sites spawning… which would allow for pirate frigs to be used.

Hello, 26.10 started testing, found a possible bug.
Short: plex timer does not start. It looks like this:

Tried both defensive and offensive plexing, at stable or contested systems, same picture.

Asked CCP Convict for help, he warped in, killed another rat, and timer started.

I got a similar issue, where I’m in a corporation that is enlisted officially with Amarr since 09:13 today (oct 27), and after restarting my client I tried to enter Amarr sites (defense for a first test), I got a message only members of FW are permitted Beyond this point, and that I need to turn my security from green to yellow, and that I would get a suspect timer.

So I changed the security to yellow, entered the sites with a suspect status, and the Outpost structure countdown would never start.

Confirmation we are in FW 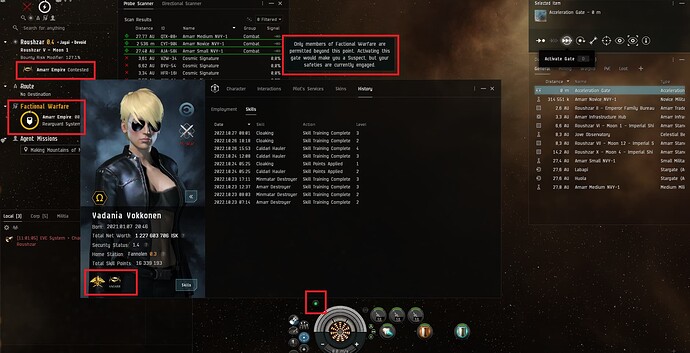 After changing my security and entered the sites, I get a suspect status and the countdown doesn’t start.

Note that I have 3 toons there, trying is all three sites available (Medium, Small and Novice, and all got the same issue. 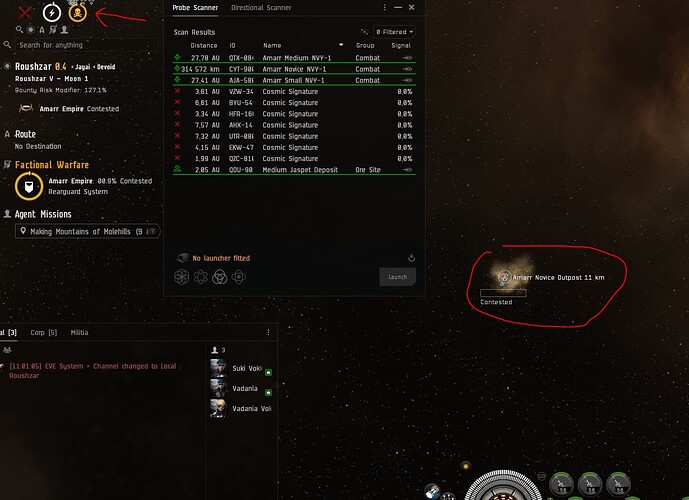 Juuuust in case, tried to enter sites in Kourmonen (Amarr frontline), in case it was limited to Frontline systems, but I get the same issue.

I jumped one system away in Auga (Minmatar frontline), aaand same issue again.

This war game is poop.

As I think I mentioned to you in game - this is an age old “feature” that maybe CCP can look at as part of these updates.

If you apply to FW before DT, it puts you in partially, but until 24 full hours + the following downtime, corps are not enlisted fully.

It catches a lot of corps out, as they can see militia chat etc, but are often still neutral to other militia members, and they cannot run plexes.

Sorting by contested on the warzone details tab is incorrect. 2% is listed before 16% 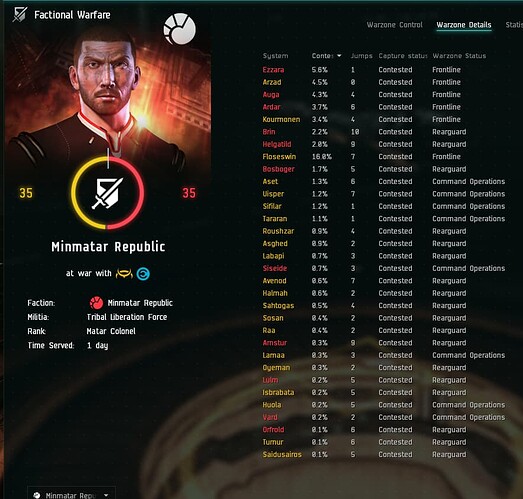