Hi and welcome to the Frontlines Wargame on Singularity!

A testing period for new features on Singularity should be familiar to everyone, however with Frontlines being such a significant undertaking we’re holding a wargame to encourage more sustained engagement with the feature while in testing and thus obtain more feedback than usual!

This wargame will be confined to the Amarr/Minmatar warzone in order to concentrate activity in one place and make it easier to monitor. For the purposes of the test we will simply regard the Amarr as the Blue Force and Minmatar as the Red Force. Hopefully this will make it more attractive to players who have strong connections to their Caldari or Gallente identities who would rather not fight for those other guys, even if it’s just on the test server.

Singularity is our public test server which contains the in-developement versions of upcoming features and changes for players to test out prior to their deployment to the live server (Tranquility).

Accessing Singularity is quick and easy and the necessary steps can be found here. Updating your launcher for Singularity only adds the necessary game files to your EVE folder; it won’t affect your Tranquility installation so you can still easily switch back and forth between servers.

Singularity also has its own set of rules which you should familiarize yourself with. One notable exception is that since this is an extended playtest of a specific feature which will rely heavily on PvP, the “Combat by consent only” rule is suspended within the Amarr/Minmatar warzone.

Please refer to this news item for some information on how Faction Warfare gameplay has changed.

As mentioned previously, the wargame will take place in the Amarr/Minmatar warzone. Immediately prior to the start of the wargame control of the systems in the warzone will be reset to a balanced initial state to level the playing field for both sides: 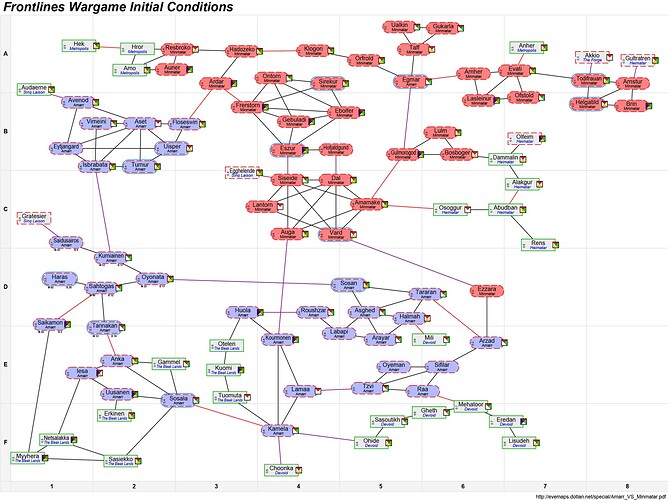 As this is on Singularity, each constellation contains at least one station that is fully stocked with all items for 100ISK each so access to materiel for your campaigns will be very straight forward.

Players who were already members of the Amarr or Minmatar militias on TQ as of 16 September should be able to just log in and go to work.

FW players in Cal/Gal militias or players who aren’t involved in FW on Tranquility can log in on Singularity and enlist with either the Amarr or Minmatar militia in a matter of minutes.

For individual capsuleers enlisting in their preferred militia:

For those who wish to enrol their entire corporation or alliance the steps are the same as above, you just click the appropriate button in the FW window. This action can only be performed by the CEO (corporation) or alliance executor (alliance). If you want your corp or alliance to be in FW on Singularity at the very beginning of the test you must enrol it prior to the server going down at 13:00 UTC on 26 October. Otherwise your corp/alliance will not be placed in FW until the next scheduled Singularity downtime at 05:00 UTC on 27 October.

The objective for both sides is very straight forward: control as many systems in the warzone as possible by the conclusion of the wargame (14:00 UTC on 4 November). That side will be declared the winner.

We measure contribution by individual pilots and corps to the success of their faction in Loyalty Points accumulated.

Additionally the top 10 individual and top 5 corporation accumulators of Loyalty Points on both sides of the wargame during the testing period will also be rewarded on Tranquility:

Individuals will each receive:

Corporations will each receive:

Only Loyalty Points gained through plexing will be counted. LP earned for PvP kills or running FW missions will not be counted to avoid farming.

If a player or corporation switches teams during the event and accumulates enough Loyalty Points to otherwise be eligible for prizes for both sides they will only receive the rewards for the side they gained the most Loyalty Points with. It is possible for an individual to earn rewards even if they are a member of a corporation which also qualifies for rewards.

You may encounter some bugs as a lot of new content has been added to Singularity in addition to the Frontlines feature. The best way to report bugs to us is by pressing F12 in the game client and clicking the Report Bug button and filling out the fields you are provided. Alternately you can submit a report at https://support.eveonline.com with the information, however the in-client report is the most valuable to us as it includes information about the state of your client in the submission.

UPDATE: You can leave comments about the wargame in this thread, however please direct your feedback about the Frontlines feature itself to this thread. Any comments posted here which pertain to Frontlines mechanics will be moved.

We understand that there is a lot going on right now in the respective warzones on Tranquility with the faction campaigns that are currently underway and we appreciate any time capsuleers can dedicate towards helping test the Frontlines feature on Singularity as well. For those of you who make your lives in New Eden outside of Factional Warfare that have had your interest piqued by the recent goings-on in low security space, this wargame will be a great opportunity for you to dip your toe into a new and exciting space vocation in New Eden!

8 Likes
Frontlines Feedback
Unable to access Singularity
What do you feel is a simple change that could increase our playbase?
CCP_Convict (CCP Convict) October 24, 2022, 6:28pm #2

I have just been handed the results from our analytics team!

The CEOs of the corporations and the individual capsuleers above will soon receive an evemail from me on TQ to find out which faction they would like their BPCs to come from. Keep an eye on your inboxes!

PLEX for individual winners has been delivered.

All of the following will receive a medal for their participation, split into 3 tiers:

Medals will be delivered as soon as possible, likely next week.

Thank you once again for participating in the wargame and we hope you are enjoying Frontlines on Tranquility!

Question: Do I understand this right, that I can join as player when I’m in a player corp, without having the whole corporation to join?

And can I do this on live too, when it goes live? This feature was announced at Fanfest.

so can pilots from

Did I hear: we will be adding large skill injectors for 100 ISK in the test server?

don’t forget to do that folks
ask in militia channel 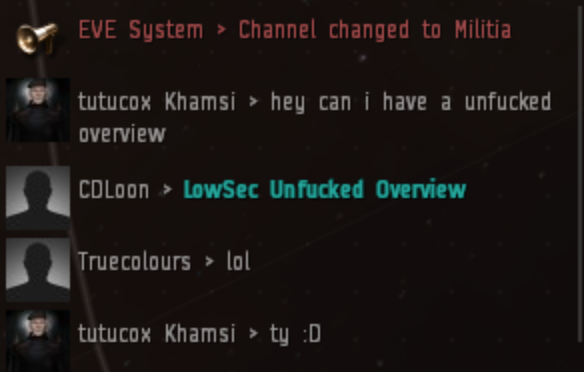 and sry for the profanity but that is the official name of low sec overviews for years , no other way to communicate better 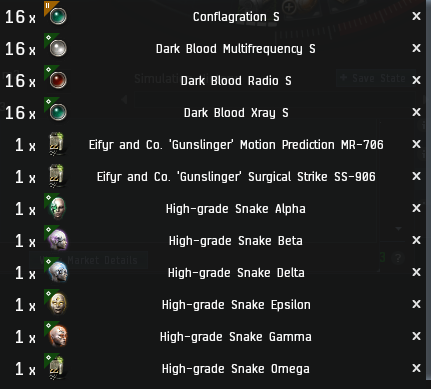 good you remember me lol

Getting ready for making a Tama 2.0 in the Sisi

I would have a small sugestion regarding the medal you get.
so there should be like 3 different tiers and 3 different types of medals.

Tiers just ad a I,II or III behind medal name
I has contributed a litte bit.
II more than I
and III alot.

The 3 diffferent types should be
Amarr tester
Minmatar Tester
and just tester for those who are gallente/caldari induviduals who do not want to associated with the race they fought for.

anyways…
Did i hear faction dessi?

Did i hear faction dessi?

wow… this is amazing!

i joined Amarr… withdrawed and then joined Minmatar right away, no cooldowns!

No TQ monument for the winners? Also can you earn the medal for both sides?

SHHHHHH dont ask such questions, just do it like me and hope for the best

that is an old amarr meme dude

i will explain
2 mid slots
you can put

there is subtle differences in each of them and use cases but if you really think not that much, they always are bad compared to 3 slots

It’s a little bit weird that the rewards for helping with the test wargame are basically either a participation trophy, or something really substantial, but only for the very top players / corps. It’d be nice if there were something in-between to encourage people to participate a “medium” amount, instead of “either log in exactly once for the medal, or try hard grinding for a week+ to be one of the very top players”.