So when is the rest of eve going to wake up and realise Goons are the biggest cancer of the game?

When it can be the Money Badger Mk2

Who has the money now?

Next honey badger is formed of bees.

Never, as long as CFC and TEST are allied.

Just for a little bit of illustration: https://dscan.me/coalitions/

CFC, TEST and the fused with TEST remainders of DRF together have over 90k characters. The only opposition and former Money Badgers, PanFam and GOTG, combined have 34k. If you want to be generous and add FRT+Friends and the new Drone Region guys and Tri+Friends, we maybe get to 50k.

Money Badgers 2.0 is not going to happen unless TEST attacks CFC in concert with PanFam+Friends.

This is not opposition, being in opposition would mean actually opposing something. Now they seem to dont even know what is going on. 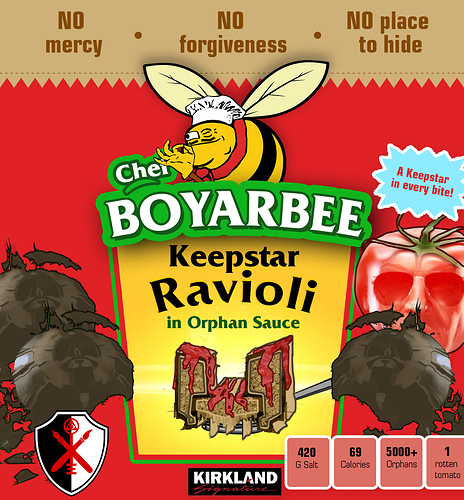 Its pretty much the only remaining tissue holding EvE together at this stage.

So when is the rest of eve going to wake up and realise Goons are the biggest cancer of the game?

Honey Badger 2? Maybe half of 0.0 systems are some sort of Honey Badgers right now.

Maybe you want to ask about Money Badgers as an entity more related to the Goons? Is this a ‘fish pole’ question? Well, in 2018 it isn’t interesting anymore, considering Money Badger ‘idea’ was banned and prohibited (talking simple). Due to the available EVE historical records, as I understood them, the Money Badger’s (MB) core force wasn’t based on bankers money, but on none Goon players wish. The MB ISK just was a conductor to keep extra players involved ‘for free’. People just got totally bored and pissed with CFC project. Based on the current MER, a lot of players from around the Galaxy posses a lot of ISK, maybe much more than MB had. It isn’t a problem to throw dozens of trillions of ISK on the table, but nobody wish to do it and participate in such a content.

The definition ‘Goons are the biggest cancer’ isn’t accurate. Both entities Imperium and PanFam are formed based on their players real life style, like subsidiaries of the EVE community. CCP needs their healthy status like any school needs their healthy football, baseball or basketball sport teams. Therefore, players with respective degrees of freedom tend to join to such entities from other smaller corporations and alliances one by one. Anybody who will try to hurt or destroy this concept will face serious resistances.

If I’m not mistaken, NC/PL leaders just trying to subdue the “slightly independent” leaders of smaller PVP alliances, while Goons trying to get rid by all means from the “slightly independent” alliance leaders to gain total control over alliance members, which can be discovered from Geminate SOV EVE history. Maybe this is why the CO2 leadership become so hatred and why Snuff don’t wish to build SOV stuff in the West. This is the main difference between two entities, in my opinion.

The funny moment about all these things is that CO2 become a ‘red cape’ at bullfighting. The Malpais is far and very isolated region, but it’s enough to settle CO2, with their citadels, in Fade or Deklein (Goons first SOV region) to pull out bees from Delve hive with certainty anytime. Big battles like at 9-4 the server just can’t handle, smaller Keepstar brawls like at X47 goes with 50/50 ratio, until somebody gets more DC (like TEST during Fountain War). It’s no point for CO2, Slyce, Horde to lose basic assets in such a situation. They can log off and turn account passive for a long time. The Money Badger is replaced by renting, botting, grinding and whatever empires, which can fund any war or entity very well. I want to say, don’t try to change Goons, just let CCP to do it.

MkII is how you present the lable mark two.