How retarded is this?

Is anyone able to do the math quick on these if this actually is possible to make sense in a certain situation? 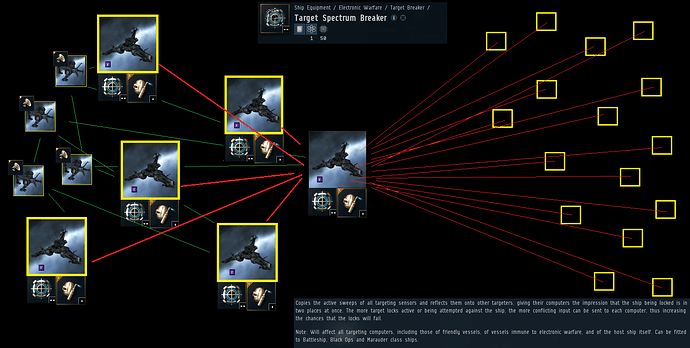 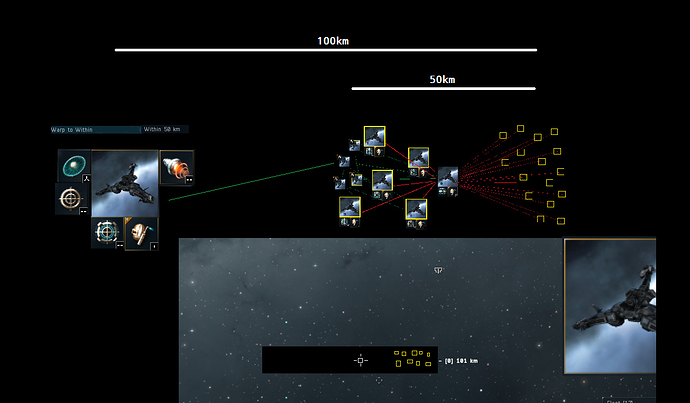 Description looks very cryptic. I guess in reality this module just breaks locks using some simple algorithm to calculate chances and that’s it.

Never seen anyone using this module.

Yes it makes a lock fail, for example a frigate which takes 1 second to lock it, might be spending just 3 seconds in worse scenario if it fails 2 times at the end of the lock cycle.
Once it’s locked than it’s fine.
But the chances of failing depends on how many ships are already locking the object + the ships still in progress trying to lock it.
Let’s say only 50 ships are able to lock on the ship, any more ships trying to lock the ship have locking chances so low it will 99.9% chance fail.
This module is rarely used and when it does prob just on a shitfit, and I think it’s meant for fleet battles otherwise it would be extremely overpowered if it worked already for solo or gang.

Yes, in fleets lies it’s purpose as intended by the devs. it makes a nice looking flash, but the cycletime makes it useless for flashy spacedisco.

Ouuh, so not a ship that brakes Teamspeak. That would be unfortunate.

Anyhow, there are two very similar looking ships in EVE that have a bonus for a lock breaker module. One of them lost her husband