Warp scrambler from a returned player

i’ve been playing Eve on and off but not really an expert so pls bear with me.
i noticed that warp core stabilizer has been changed to an activate module,

my hauler just got blew up by a camping cruiser,
did i do anything wrong or was it meant to be?

i mean it used to be a counting game where you have -1 and i have +2 etc.
now i clicked on the stabilizer and it didn’t work,

what is the 1v1 situation about the warp game in this version?
what are the options?

did i do anything wrong

Nope. They nerfed that too. Welcome to Nerf Online.

the warp core module is a +2 now and you can only use 1. That means that generally vs a single attacker you can get away unless they very specifically counter fitted for that, either by using a very expensive scram or by dedicating more mid slots to it (which many ships can’t even do).

Can’t find your loss on zkill so can’t really comment on what really happened. So whether or not you could have gotten away depends on factors but there’s a good chance you weren’t actually pointed any more due to your WCS but he just bumped you so you couldn’t align.

omg Miss tysm here’s my link if you could take a look, the latest loss.

im pretty sure i got away once before but this time it just didn’t work.
do i need to activate warpcore stabilizer before de-cloak or?
If he isn’t running anything too special maybe i shouldn’t be doing couriers with slow ships anymore,
losing too much money here.

i guess my question is how long was the window to warp once activated?
do we get a period of “immune” or is it more of a one-click one-shot thing? 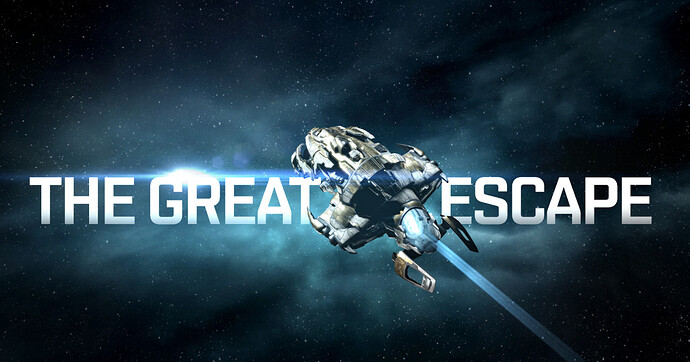 Updated to bring tactical depth to your EVE experience

Warp core stabilizers have been converted to an activated module. Penalties to ship performance remain as a passive effect, and only warp strength is improved when activated.

Can be activated whilst under the effect of a stargate cloak.

As a hauler this lossmail is so painful to see, you did just about everything wrong

Please, learn how to haul safely before taking a shitfit T1 industrial into lowsec. ALWAYS fit MWD-Cloak on any hauler you take into lowsec

what is the 1v1 situation about the warp game in this version?

That means it counters 2 warp disruptors or 1 regular warp scrambler.

If they bring a faction warp scrambler, or more than 2 warp disruptors you won’t get away.

i do have 2 sec. align on my fast ships,
does the MWD-decloak trick help much on the 5 sec. align wreathe?
or do you mean the cloaking device? that would require omega account.

MWD-Cloak trick involves using an MWD and cloak to avoid getting tackled. It requires a cloak so yea if ur alpha you can’t do it. The game is very bad for alpha haulers

That as an Arazu, an expensive ship that gets bonuses to point and scram range so a) you can be sure he had more than one module for that and b) there’s a high chance he used faction ones as well. One of the rare ships you can expect to counter it.

If you’re omega you could still have survived by using cloak/mwd but without cloak you’re pretty much bummed.

thank you very much Miss for taking the time to look at it.
at least i can be clear of things now

i guess this is somewhat balanced as i made about 1 bil. being lucky hauling this way
and then lose the 1 bil. to this rich camper

There is an option you CAN use but it has somewhat limited cargo.

A Sunesis can get to 1400m3 cargo while still being sub 2 second align, as an alpha. So perhaps you might to make a few more trips but you have a higher chance of survival.

Nope. They nerfed that too. Welcome to Nerf Online.

It’s a shame to watch you go from so enthusiastic to bitter vet so quickly.

I know you think I’m full of ■■■■, but I promise you that your bad attitude is the biggest obstacle to both your success, and your enjoyment of the game. I wish I knew what to say to help you see Eve the way I see it, but I don’t think I have a chance in hell of persuading you.

However, since you are now doing what you can to poison the morale of others, I will do what I can to undermine your efforts until you finally quit.

On Nerfs
Naturally, I lot of players hate nerfs. However, they are not done all willy nilly by the devs. While they can and do make mistakes, the intent behind the changes is to make the game better. So, you’d think players would be more understanding. Unfortunately, however, many players are extremely short-sighted, and can’t look past how a nerf affects their current way of doing things. So, they complain. What is particularly messed up about this, however, is that their response to nerfs ensures that nerfs negatively impact them as much as possible. And that is because the players who are complaining are too focused on the negative to see how they might adapt to, or even benefit from, the change.

And, I should know, because this was something that I used to be guilty of myself. At one point, I was letting bitter vets poison my morale and my thinking, and I too was growing increasingly frustrated with changes. But then two things happened. First, I made an outrage video that caused a bunch of people to say that they were quitting because of me -which made me feel like an ass. Second, I started seeing other people figure out cool and inventive ways to benefit from changes and started thinking to myself, “I could have thought of that. But I didn’t. And it wasn’t because I’m not smart enough or don’t know enough about the game. I didn’t think of it because I was too busy being angry.” So, I set out to stop getting angry at changes, and start figuring out how to benefit from them. Of course, I have not found ways to benefit from every change, but I have found ways to benefit from many. And, over time, I found that I didn’t have to try to stop getting mad at nerfs -because that happened on it’s own.

It is absolutely amazing how much my perspective shifted when it came to changes. I used to frequently get frustrated and angry at changes, but now I view them as opportunity. Doesn’t matter if it’s a nerf, buff, or laterally change because the critical component is that something changed. So, when I say change is opportunity, know that I am not saying that buffs provide opportunity -I am saying that change itself is opportunity.

So, I try to benefit from changes wherever possible. And when I’m nerfed, I either try to develop new strats, or I chase a new opportunity. In fact, it was a 33% nerf to my isk efficiency that inspired me to start looking at other career opportunities, which led me to one of the things I do for money today. This activity makes me triple of what I used to be making. Let me repeat that. I now make three times what I used to make, pre-nerf. And it was the nerf that led me here. I dunno, perhaps I would have eventually gotten hungry for a better isk efficiency, but I can say with certainty that getting nerfed made me start exploring my options a hell of a lot earlier than I would have.

Anyway, I could go on. But this is turning into a wall of text that few people will read, and I have some other stuff to take care of. So, I’m going to wrap this up.

Before I hit post, however, I want to say this. The ability to thrive in Eve online is not contingent upon whether you get buffed on nerfed. It is your brains, attitude, and determination that will determine whether you find success, or whether you flame out and quit.

You are the master of your own destiny in Eve Online.

Until they nerf your chosen play style.

I don’t think it is possible for you to miss the point of his post any harder.

That means that generally vs a single attacker you can get away unless they very specifically counter fitted for that,

or you know, they just use a faction scram

or you know, they just use a faction scram

Yes, that’s what I typed after the comma…