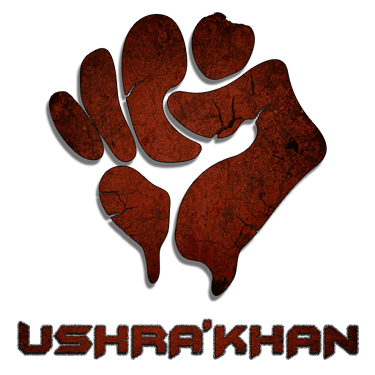 Today, 25th of July 2022, the Minmatar Republic lost the faction warfare system of Amamake, located in the Heimatar region.

While we, as Ushra’Khan and in full support our fellow Minmatar brethren and sisters, lost and also won multiple faction warfare systems the last decade, this one is particular important to us.

We gave it our best shot. Indeed, fighting in Amamake lasted for more than two weeks and we were able to consolidate losses and secure multiple victories during that week. However, due to some strategic advantages the Amarr faction had over the course of this week, we had to let the system go, in the end…

We would like to make the statement that fortunately for some and unfortunately for others, the faction warzone is not an exclusive system in so far that non-faction warfare groups and or players can participate as “pirates” to score kills or to be killed. We always considered the pirates as ‘neutral’ meaning that they look out for kills and do not choose sides in this war.

However, one of the most prominent pirate groups currently active in this Amamake warzone, “Hidden Leaf Village Ninja whatever” alliance openly choose the Amarr side and played a pivotal role in swinging the system to the Amarr side. I’m not going to repeat what actually caused this since it has been more or less covered in WvW’s posting here (https://www.reddit.com/r/Eve/comments/w7kgjl/amarrmil_takes_minmils_capital_system_amamake/)
This had the effect that Ushra’Khan forces and Minmatar militia, in their prime time, had to face this combined pirate organization and the Amarr faction and we were at times not able to reduce this thread.

We understand that people choose sides and we will not further comment on this only to regret that a good friend and leader of this specific pirate alliance decided to move openly against us and this has not been unnoticed.

Lastly, we would like to officially state that although being our enemy, the Amarrian faction, both in the EU and USTZ, stood strong, was very determined and committed hard in this endeavour and for that we would like to thank them for offering so much content. We also would like to applaud to all our allies and friends for standing by us and for supporting us.

We will now convene an extraordinary alliance Council meeting as to decide what our next steps will be. Rest assured, as the Amarr faction did win a battle, the war if far from over yet!

Ushra’Khan considers itself the sword and the shield of the Matari people. As the oldest alliance in New Eden, Ushra’Khan has always strived to act with honour and integrity. Ushra’Khan is deeply rooted in faction war and will always fight for the just cause of the Minmatar. Ushra’Khan is an independent brotherhood sailing its own path, acting in solidarity with kindred minds and valuing one of the best communities in New Eden. The common good, cooperation and having a great time in-and-out of the EVE universe are the cornerstones of our alliance.

Clearly I have said a lot of unpleasant things about U’K in the past, and for sure will say in the future, and even worse will treat them in space…

But still, I greatly commend this statement. Real Honor implies ability to accept weaknesses and losses, as well as ability to bring apologies, instead of narrow-minded attempts at “always winning” and “always being right”.

I hope you understand though, that after all, I still can’t wish you good luck.

While this is sad news for the Matari, Ushra’Khan embodies the spirit of Matar, even with such setbacks they fight on.