I would like to introduce a new bounty hunting system.

I am not sure if there is anybody before me or not but i could not find anything so far.
(Apologies in advance if there was someone.)

CCP when you made the bounty system you needed a system wich could not be exploited.
And at the time it might have looked like a good system but the system in its entirety fell apart because its so stupid (sorry but it is) that nobody uses it.
This is not bounty hunting you are not hunting anyone.
Nobody is willingly going around to hunt down that specific person because he has a 20 million bounty on his head and even if they are he won’t get the 20 mil. If the person is lucky he gets a bit more than killing npc pirats so here is you “Overhauled Bounty hunting System”. ; )

This Is the video that made me post this. 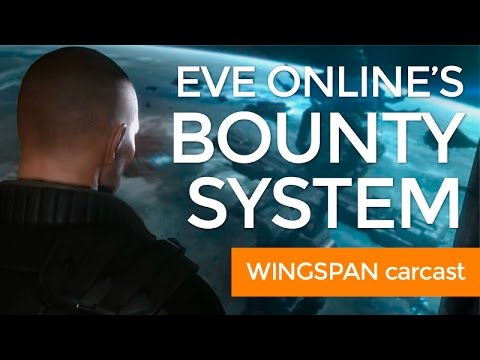 thank you @Chance_Ravinne for making it

Now to put this in text!

Chance revinne:
first and foremost there are some goals this system must get right

So let’s start with how the bounty should work and then rework at the kinks, Exploits and the other ideas later
Instead of having a 2 billion bounty on someone’s head and then hunting and killing that person and only collecting a fraction of that.

Forget all of that and listen to this!

One person puts a 100 mil isk (or 40plex) bounty on my head because I killed him or her in there precious Hecate and they want to have revenge but can’t do it themself
now that 100mil bounty after confirmation becomes a Contract that enters the pool of all Bounty Contracts ever made.
and I get to see a bounty being put on my head!

Now person 3 enters the game (you who started playing eve because you want to bounty hunt in space.)
you want to bounty hunt so you go to your respective station, office, agent, or concord and you ask them that you want to become a bounty hunter.
You get a list on your screen that consists out of 10 random bounties from the pool that you can choose a certain amount from. Depending maybe on a skill you can accept from 1 to 5 contracts at the same time and depending on your standing you will have more consistent information on where that certain player is what he is doing maybe even the amount of SP he has levels yadayadya.
That is for CCP to figure out.

of course, our player is level 1 hunting skill with basic 0 standing at the time so he can choose 1 from those 10 and only sees the location of that person on the moment he rolled those 10 bounties if he does not want to choose from those 10 he can do a weekly reroll can be shortened depending on standings and gets 10 other random bounties he can choose from
but ow he sees a bounty that he thinks he can do PS: its me with 100 mil contract on my head he accepts that bounty and my location at the time of accepting
now the bounty hunting timer starts let’s say for each bounty you get a minimum of one week to hunt him
(the contract is a item further explanation required later) acquiring a contract needs you to pay a fee that will be given back on top of the bounty this is for compensation

let’s go on now the hunter now needs to find me he goes to the location that was given with the contract
upon arriving the story can go multiple ways.

! now we are at a point where there are things that can be exploited or go wrong so let’s sum them up if I forget any you can add them in the comments later !

let us solve them

well introducing new ships into the game specifically for hunting will stand out a little too much wich would make problem 3.1 a problem again

I made it this far, not sure if i missed some aspects or not, if i think of anything else i will add it
if you see any problems point them out and try to solve it instead of pointing out that this will not work
I now that this entire message is an unorganized mess of ideas but i took me quite some time to plug the loopholes 1 by 1

bye everybody and safe flying

We’ve had this suggestion before on the forums. It’s utterly gameable. and a terrible mess of loop holes and problems.
I.E. No, this doesn’t fix anything, it makes it vastly worse.

wow, this is just fanfiction

i just cannot find all the holes in my own design 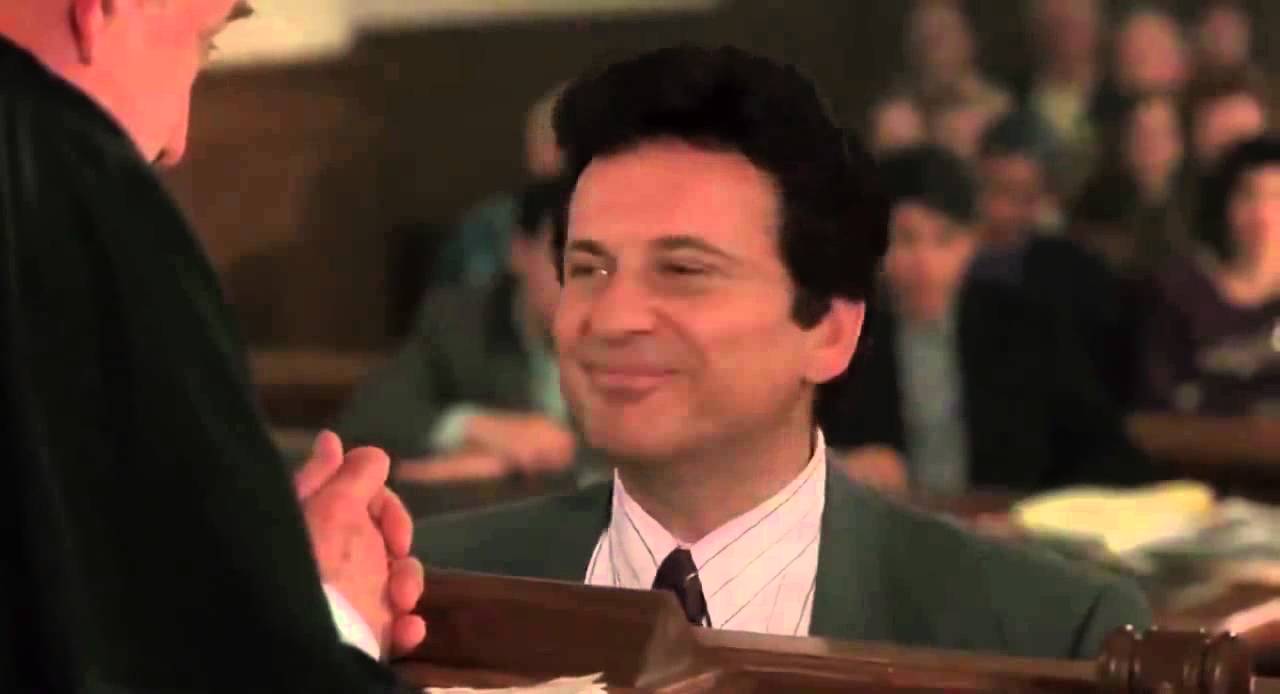 Bounty hunting should be painfully for the one being hunted.

There are rumors that the only valuable thing in this game is your time.

Of course, money equals time. But the catch is “real money equals time and not always”. Nine women can’t bear a child in one month no matter how much money you spent on them (the year 2020, who knows what will be possible in the future).

So, a working bounty system should destroy a victim game time in one form or another.

Will it be a virtual jail, a subscription time reduction, an incoming isks annihilation it doesn’t matter.

A victim should feel the consequences of a successful hunt for a period of time.

Destroying the victim’s property isn’t the right way to do it.

Can you only put bounties on someone that committed a criminal act?

Then your bounty rework fails and you oust yourself as clueless.

If I can just pay a little bit of ISK to get a killright on someone, this entire system will be used for nothing but abuse and not the intended purpose. You see, in that video that this clueless individual Chance Ravine uses as background and that you linked, the hunted character has done something wrong that warrants a killright, he betrayed his comrades. What you want is nothing but abusable killrights on anybody that moves, especially in big ships that are easy to intercept.

What you suggest is not a rework, it is madness without any good reason for existing.

You’re captured alive and cannot transfer body or kill yourself and would be stuck in some kind of jail
you would either need to bail out by paying a certain sum of money, but then again it would not matter for players who are rich.
The other idea was if you where captured you would have a certain time of restriction placed upon you like you cannot train skills for a certain amount of time or you are reverted back to a alpha account for a certain amount of time.
I would make the consequences a bit harsher for people with account and a bit more experience and would be less hurtful for aplha who started still in progress of starting the game.

maybe we can solve it by combing both of these things

And overall right now it really does not matter that you are not hurting the target because right now there are no targets, there is no bounty’s to go claim so I find what I made for a beginning system pretty good

have a nice day and fly safe

I pretty sure you looked over some stuff

Bounties only on people who have committed a criminal or suspect flagged act. No one else needs bounties on them that generates killrights for ISK.

Your claims that you need to be lucky to get the person is irrelevant. You create a killright on someone who has not done anything wrong that anyone can activate. It does not matter if you who paid a few million on a freighter or someone else who did that gets the killright contract. The killright is there and the system is abusable and will only be used for abuse.

Did you really just claim that Sulsa’s suggestion makes anything better? A way for players to reduce someone else’s game time for ISK? Are you serious? Oh, I just remembered that you used Chance Ravine’s suggestion as basis for your rework idea. I have already destroyed Chance’s similar suggestion about a year ago because he brought forth the exact same points forward and did not see his errors because he thinks he knows how things work. It’s ridiculous.

i’m sure CCP will be thrilled to deal with legal issues and refunding the time that players have PAID for because your suggestion takes it away for actions clearly allowed by the game rules.

“taking away a part of overall assets value of a player”

makes no sense and will be gamed to Hek (in both avoiding/hiding assets and framing/setting up players to rob them of assets).

Edit: the whole proposition of “capturing alive” is against the lore because capsule is a self-sufficient device and player inside can always choose to initiate self-destruct and wake up in a medical clone elsewhere.

I did not
I said that e few of the new ideas might be what you are looking
this is not what would be in the game it is the basis on what you would build it
I was very reluctant to talk about taking away omega or even skill training because of those exact reasons @Ms_Steak mention
but for the criminal system, I think that I solved that one well

@Ms_Steak i will try to find another way to make a punishment but honestly that punishment system can only ever be implemented if there was a system and for know, we are working at the core to even get a system

second,
i think you talking about the lore of pod capturing does not make sense
why don’t you just say that anything new is against the lore because it did not exist
I think it very feasible for technology to stop a person from self-destructing there pod
if need be you can make it a hacking battle between the captured target and the hunter

Wormholes, abyss space, dead space - nothing can prevent capsuleer from committing suicide and uploading their brainscan to a new medical clone. Capsule/ship self-destruct timer in game is there for real world players in case they change their mind, so there isnt realy a time for “hacking battle”. Also preventing “self-destruct” does not mean that you can prevent brain scan (that takes fraction of a second and fries the brain in the process by the lore) - you will just end up with a whole capsule and a corpse inside.

Yes you are very right about some things here
Thank you for pointing them out.

if it was the later

lorewise, I would not even be sure what you mean

This dumb idea has been listed as a so called counter to alt getting bounties many times.

So if I have a 2 billion bounty and I fly around in a corvette the 2 billion is pointless since the payout will only be a few million.

-1 Same old bad ideas recycled into a wall of text with poor formatting.

Now that wardecs have been eviscerated, we can use this to declare wars on individual characters. Better than nothing.