What can I do to help?

so according to “The Scope”, Triglavians are attacking Niarja, and Edencom is not having an advantage. most people were saying how Niarja is a really important system as it connects Jita and Amarr. since I am an alpha clone, is there anything I can do to aid the war effort against the triglavians? Thanks.

Well, I speak to you as a Kybernaut, or “Trig Supporter” if you will. Niarja was a very important system as it’s a bottleneck system that connects the 2 largest trade hubs in the game. (Jita and Amarr) However, as we speak, Niarja has already fallen to Triglavian forces so I don’t think there is much to do there in terms of defending it. However, you could ask around to see about joining a Edencom Corp, as I’m sure there are plenty. ARC is the only one I know of off the top of my head but I’m sure there are others. Alternatively, try https://kybernaut.space/ for your info. It’s a website for the kybernauts, but has information about the conflict that both sides can use. Regardless of whichever side you choose, I wish you the best of luck.

war is over niarja fall
what can you do? well you can check the gates and kill any camping ship , you can expect the gate camps to diminish in the next weeks , and certain timezones , enter , kill them, leave
all amarr citizen should do it until they ally with the amarr militia and not with the dirty minmatar like they are doing
this is a disgrace to amarr and to the triglavians

edit:
btw there is a lot of minmatar militia docking in amarr / amarr , kill them
show them the way to rens

edit2:
you can join the 24th crusade as a alpha 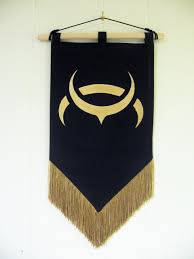 you can join the 24th crusade as a alpha

okay, thanks, then I will give up faction warfare and try to join the 24th crusade!

You can join the 2 main Edencom supporting ingame coordination channels “EDENCOM Defense Initiative” (more shield focused) and "New-Eden-Defence " (armor focused) to communicate with likeminded Edencom supporter. Joining fleets and helping for a few hours when systems get invaded (yes, you have to grind a lot to really save something, thanks CCP) is the biggest help you can offer.

Both channels have mailing lists with fittings and some general guidelines on what is needed in terms of modules on your ships and what you can expect from the content. EDI recently launched a website to access all these things out of game as well: edencom.space

Joining a faction warfare group is not a good way to support Edencom. Since you will be at war with the opposing factions (Amarr/Caldari against Minmatar/Gallente and vice versa) and you will lose standings to the opposing factions, you cannot go into opposing factions’ space and therefore cannot help Edencom there. You can stay in an NPC corp or join an edencom supporting corp if you want to. As long as you can show up to fleets and fly desired ships with appropriate fittings (the website has most of the info on that and information are being expanded upon regularly), you already help a lot.

3 Likes
What are some tips for starting to get involved in defending against trigs
Random_Rick (Random Rick) August 21, 2020, 5:45am #9

I’m sure it could help someone, but never offer to do this, because people will try to scam you.

“Why yes, I am the EDENCOM admiral, please send funds and war materiel directly to this character.”

okay, I forgot scams were popular in EVE.

No way!! I believe that all of humanity, no matter amarr, Caldari, gallente or minmatar, should unite to face a threat like this. as you can see, Niarja has fallen, and the trade route between Amarr and Jita turned from a 9 jump to a 23 jump. what good does that bring? I would NEVER side with the triglavians, and no capsuleer should ever side with them as well. Edencom is protecting humanity from those triglavians, how are they “Evil”?

What good that does bring? Like, now having all the trade hubs on one route with Amarr at one and Jita at the other end.
One might come to the conclusion this will help all the smaller trade hubs to grow instead of everybody piling up on shitsec central.

lol…people “sharing credit” with a script! It’s almost like conversing with an AOL chatbot.

whatever, I am new to the game, just gonna join Edencom for a while. if its really that bad, I will reconsider.

This thread is pure gold … so far.