I recently noticed this icon when I select my ship. What does it do?

The mainstay player owned base outside of Sov Null Sec or as a cheaper alternative to a station was a so called POS.
A POS is basically a stick with a forcefield surrounding it, within that forcefield players were able to anchor different structures for different services such as hangars, reprocessing arrays, moon mining, reaction arrays etc etc.

Here are two Titans holding inside a POS Forcefield : 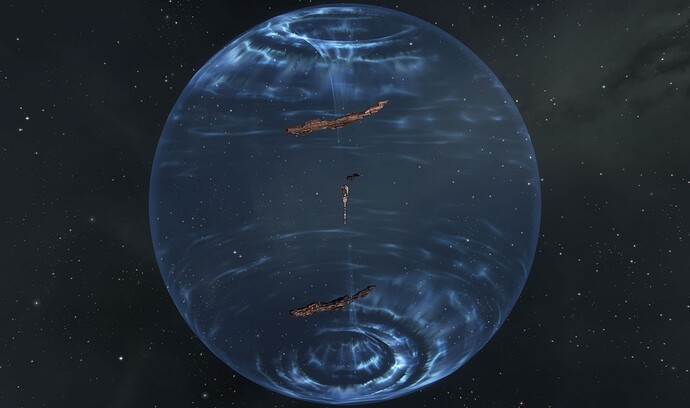 So in order to enter such a POS i.e. enter the Forcefield you needed to put a password in that the POS owner could set.
That is “Enter Forcefield Password”

As far as I am aware the POS still exists but is being more and more phased out and replaced with the mentioned upwell structures, citadels. Hence why the option to enter a forcefield password still exists.

The reason why they didn’t get removed instantly when upwell structures were introduced is the so called “pos code”, half meme about CCPs Coding and half truth…
More on the POS Code MEME here :

Little sidenote : back then if you changed the password while ships were inside, they would be flung outside at incredible speeds which made for some hilarious moments and sometimes that mechanic was even used as a valid battle tactic when fighting over a POS.