What is going on with the AT?

I am not sure if I am or am not asking a silly question, or if there is or isnt an obvious answer, but why is there so little update on this years AT?

Someone pointed out to me the funny fact that all we have seen in recent weeks is massive hype and build up for the CSM elections. Honestly who cares? What about the AT??
???

Something, something CCP fired the community team

When the AT doesn’t get full teams you know something went terribly wrong.

Quit having any interest in the AT the first year it was known to be rigged.

and yet we still have csm

The ‘because there is no community team’ argument is contradicted by the fact we have just emerged from the CSM fever spanning many days - weeks on end. And before that there is the faction fortizar fever. Both items bore me to kingdom come and make no difference to nearly everyone except that server crash that we had.

AT has been dead for a few years anyway, talks about it being rigged as well.

What I would think would be awesome is if every alliance had three systems that were set up as Dojo’s. One would be a T1 Corvette to Destroyer Dojo, the second would be a T1 Cruiser to Battle Ship Dojo and the third would be a What-ever you bring up to Battle ship class.

Each Dojo would have PvP matches throughout the week, similar to boxing or karate matches that would keep people entertained at certain times of the year.

you’ll be amazed to hear about faction warfare plexes

also this idea is dumb lmao

CSM just lets some nobodies “be important” in a pixelated paradise. Noone takes them seriously. they’re just there to be head patted once in a while and something for CCP to point to once in a while as “proof” of community involvement in the games development. When you inevitably catch one eating the paste, just pat them on the head and carry on.

+10 Gaming (The people who will be completely hosting this years AT broadcasts) have actually been doing an amazing job trying to shed more light on the AT, given though it’s not their sole responsibility and they’re a lot smaller than CCP, and are mainly volunteers.

You can check out their first weekly stream here: https://www.twitch.tv/videos/277108585

This should be occurring on a weekly basis from now on.

Unfortunately, this has put them as the ‘front man’ for the AT, while they really have no power over it. They don’t have direct input into the AT, or even direct access to the people responsible for it. Just feels to me that CCP is hiding behind people who aren’t meant to be held responsible for CCPs designs.

While it would be great to have someone like Logibro again, I believe a lot of people would settle for at least some form of communication. There’s likely a void right now due to Logibro taking a lot of the knowledge of the AT with him, especially Thunderdome. The scary part is, is that it feels CCP is willing to just cut-off parts of it’s community as they see fit, without looking for ways to expand it first.

I know the AT doesn’t involve the entirety of EVE, which has always been the biggest argument for why CCP shouldn’t waste time on it, but I think it’s more concerning that this trend will continue into other parts of EVE, and CCP might continue to cut down on it’s “sand box” experience of being able to provide content for any play style.

Nice write up and thankyou for the information. Very good.

Although, I still have no good argument as to why CCP have not driven any kind of hype or promo for what is the peak esport event for eve online… its being torpedoed. This is while CCP have been singing and dancing and arm waving the hell out of the CSM elections. Seriously isnt the priority slightly off?

I saw some silly window on my launcher saying the best ship is friendship recently - and i thought “what about the AT???”

Yes. One alliance did disband in that time, so these participants got nothing. 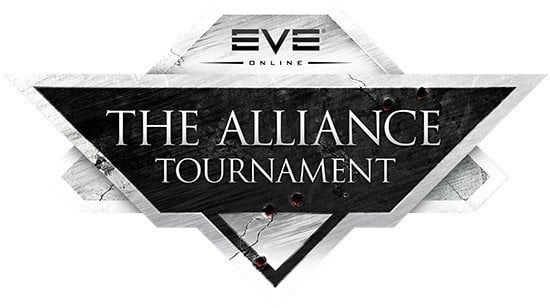 Since you’re such an expert on the rules why don’t you show up to open practice and see what happens?

Becose i dont have so much time to spend for AT without prices?
I was captain at AT11 Dark Side and member Vydra team for AT14, also did comment AT12&AT13. So mb i know what i’m talking about?
Some ppl even from hydra says “its fun rules to play with”, but i dont think so. As well as u can see not full 64 teams in current AT, so a lot ppl agree with me.

IShouldnt the launcher be promoting the start date by now? There has been nothing on there at all

Its still the same - no hype no promotion, nothing on launcher, no prizes. All I see is people complaining about mitakes on the bracket postings and the rules.

Am I supposed to have been on reddit or twitch to get all this or what. I am an enthusiastic AT fan and follower but Im not feeling very excite