When joke is a crossing a line

Misunderstanding , i understand many things and situations but there is a redline. 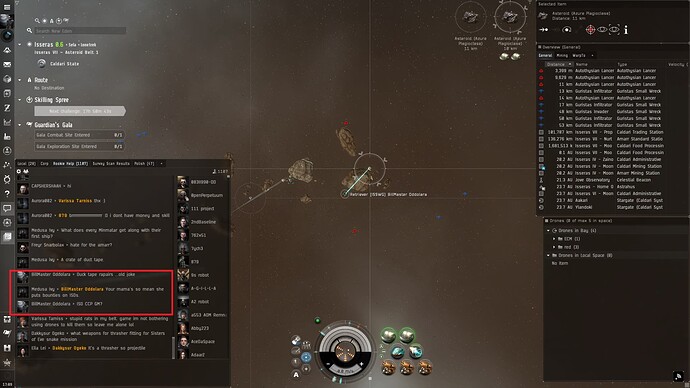 Are you complaining about the “yo mama” joke?

From the uploaded picture titled “wymiana handlowa” I am guessing you are Polish. I totally understand how a “your mother ____” joke is highly offensive. You really have to understand, in certain contemporary parts of American culture, the “mother” in a typical “yo mama joke” is a generic joke setup and not literally about your mother – unless they really went to extreme lengths to make sure you knew they were actually insulting your mother. It is just a joke setup, popularized in the 1960’s.

This joke does not mean the police are outside your door:

Knock, knock!
Who’s there?
Police.
Police who?
Police hurry up, it’s chilly outside!

Anyway, the proper thing to do is report it in-game, not hash it out in the forums.

Okay friend, one moment, I open door for you now!

I dont understand Mama Joke popularity , it is like bringing chaos to working world without a reason , from my side it looks like that …there is a team and team but one team is insulting first one it is lowering faith and psychical game that can break friends and bring chaos in well formed team. …its first thing , it is a web so i understand many things , i’ve been typing about duck/flex tape joke that been uploaded to EVE Twitter in exchange i read about my mother …you have too understand that for some People here family is more than must person think , i even lighting up a lights over statue of Soldiers , i remember what they did for us in exchange i give respect …that joke is lowest lvl of respect.

There is indeed a red line around some text in your picture.

in exchange i read about my mother

I tried explaining. It is not an insulting joke about your mother. It is an idiom, like the phrase “I’m over the moon” does not mean “I Io Koval am literally in space over the moon”, it means “I am feeling elated”.

The guy was just trying to share with you a kind of insulting joke. “Yo mama” is just the culturally understood idiom to set it up properly. He could be talking to an invisible 3rd person, with you by his side, wanting you to join him in laughing at the insult to a 3rd made-up person. If you went to an American and tried to make it nice by saying “Their mother … [joke]” then either 1) they wouldn’t understand the joke and take your statement seriously or 2) immediately realize you’re a foreigner butchering a cultural idiom.

Okay friend, one moment, I open door for you now!

Thanks! How could I ever repay you?

Ok lets close a topic , i think in talk use that kind of joke is stupid even if is not at all pointed in too person. I simply srsl dont like when someone is attacking some persons and it is all about. It IS MY MOM.

You have too know that in Poland that type of joke can result a jaw hit , have too know …its like teenagers small talk for fun where they skilling up street language , some do it , some not.

OMG. This guy was actually offended by a yo’ momma joke? Lol. That is hilarious!

Yo mamma so fat, she shows up on dscan.

Why are you letting some random internet pleb get under your skin?

Even if the joke was, literally pointed at your mom, (which it’s not) why would you give that pleb the power to offend you? You don’t know that person, they have absolutely no bearing in your life, so why are you letting them bother you?

That just opens you up for trolling. And more “Yo mama” jokes.

I have a feeling that even in Poland, insulting ones mother is legal, but answering an insult with physical violence crosses a legal line. You might want to train Thicker Skin to level 5.

Putting a bounty on ISD’s ?

One game I played, we would file a ticket to get a GM to appear , then gank him.

OMG , you guys are so dumb. Can’t you see that he is tickling your coconuts. 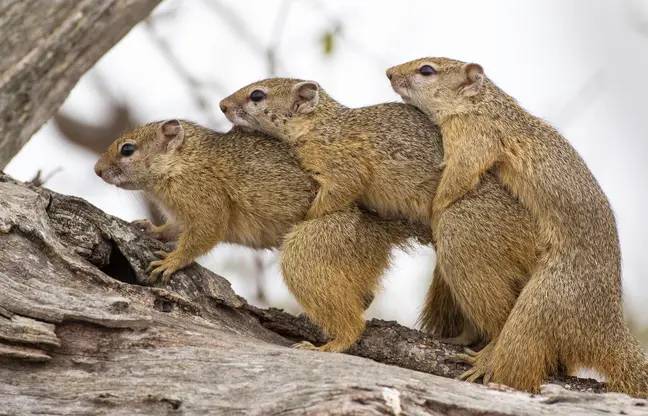 It’s a US phrase from when we would make the bawdiest and rudest digs on each other that elementary and middle schoolers could at the time.

At this point it’s just a cliché.
The joke isn’t meant to have any sting - it’s a call back to something that was popular decades ago.

Much like “Can I have your Stuff” is an EvE saying.
… or Calm Down Miner.

A lot of people don’t view their own in high regards like that. Growing up they even made yo mama jokes back and fourth to one another. It’s how little they value them. They get more passionate about intangible ideals but I suspect those ideals is what drives a wedge between them and their families because everyone that doesn’t get triggered by parent jokes was not raised in a bad household. I suspect their ideals gave them unrealistic expectations and thus in their mind’s eye they inevitably end up viewing their own parents as less than their ideals. It’s a damn shame too because often times these people do come from good households with a good start but take it all for granted looking for their ideals in others because an ideal by itself is meaningless. In fact, ideals can’t even exist without the human mind. Otherwise it’s barbaric animal savagery just to survive with things staying the same for millions of years in abject hard living and poverty until we either evolve/change or a natural disaster kills all life.

Especially in America. Many people grow up to leave their parents and only visit on holidays and the most they contribute are small presents. Even people without their own families. Some don’t even bother visiting them at all unless they’re specifically called upon by their parents and an even smaller minority will literally fist fight their parents before living in the same house as them all over ideals.

Parents are glad their kids move out and don’t hang around.

unless it’s because you made a family yourself and needed the space, nope. That’s ideals.

CO TO KURWA JEST!? O,o? I dont open a chat box about Mom Jokes , i open topic to straight someone’s thinking about using that type of Crap in the Web …IT IS STUPID , So i report a crime to the Devs at official site. Now im at Browning mode before i go sleep. What is so complicated in this post?