Why do compressed ores take up less space than the minerals?

What is the reasoning/lore behind the fact that compressed ores take up less space than the minerals?

I mean shouldn’t it be the other way around?

You take the raw ores which have a huge % of waste materials, that are not needed for production.
Then you reprocess them and get the raw minerals which should take up a much smaller space.
AND THEN
you can compress the minerals.

Eve has never been that intelligent.

Compression is convenient but it makes no sense! Mining and production and trading and transport would all have a lot more value if this nonsensical compression didn’t exist.

Isn’t ore is bulkier than minerals (i.e. a given amount of ore has a greater volume than the minerals that you’d get from reprocessing it)? So, I’d imagine that if given a choice between ore or mineral compression, most miners would chose ore, as that’s the one that’s a bigger pain to move. However, I don’t know why CCP won’t allow us to compress both, or the reasoning that went into deciding how much volume ore and minerals should have.

As for compressed ore taking up less space than minerals… well, let me introduce you to a concept called… video game logic. 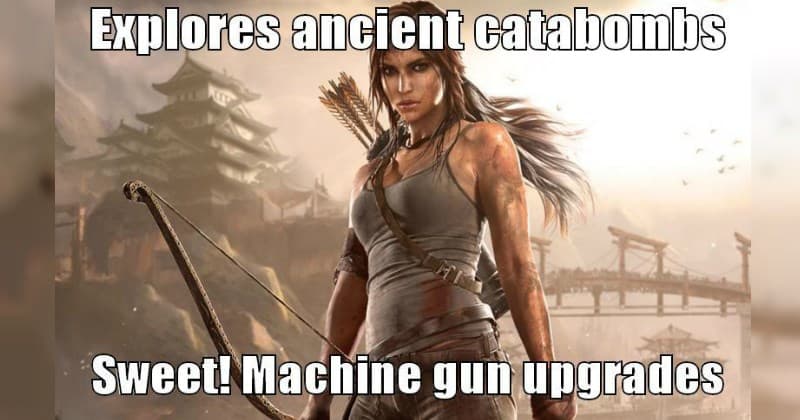 shouldn’t that say catacombs? and not catabombs??

The minerals use for making things in EvE are unstable in their pure state.

For example, pure Tritanium actually self combusts when exposed to oxygen.
So when you are seeing the volume for tritanium, you are also seeing the equipment needed to keep it from exploding in your hold.

Compression is convenient but it makes no sense! Mining and production and trading and transport would all have a lot more value if this nonsensical compression didn’t exist.

Totally agree, also ore holds could be a lot bigger instead of the tiny spaces they give the ships.

Some ore is much smaller when refined to its resources. Namely moon ore even with the proposed compression ratio.

Most standard ores seem to refine into crystals, it’s not hard to imagine it being harder to compress in that state.

shouldn’t that say catacombs? and not catabombs??

You may ask yourselves: “Why can’t we just simply cyno out the bloody stuff, straight to a structure”. That would be convenient too. Less opportunity to get shot and lose stuff, and all that. Well, the short answer is: intentional game design. Same reason sir Isaac Newton is on the bench in this game.

I would of thought the answer is in the word “compression” . The reduction in volume by the action of compressing or being compressed.

Why do compressed ores take up less space than the minerals?

Because they are compressed.

Imagine you have a lawn bag full of 12oz pop/beer cans. Let’s say it’ll hold 150 cans. Seems like a lot, but if you crush them, now you can put about 400 cans in the bag.

But what if you melted those crushed cans into pure aluminum, and you got more volume of aluminum then you have in volume of cans?.

You should get less in materials (or at least the same amount) even if the ore is compressed - not more as you seem to do in EvE.

Tritanium is a primary construction material in most structures and ships in New Eden. It is found in most ores, however is extremely abundant in Veldspar. Tritanium is an extremely durable material, and is also highly flexible. Unfortunately the material is very corrosive and as such cannot be used in a raw form within most atmospheres. Certain alloys and compounds are not nearly as unstable. Due to its high availability it is a cheap and accessible material for space-based construction.

Say you have 12oz pop/beer cans full of beer. Beer is mostly water and not compressable. Nonetheless you can compress it. Once you transport the compressed beer to your magic shop you all of a sudden can decompress it to wine which takes much more space then beer.

This is the system what we have now (you can compress ore, which takes less space then minerals you refine the compressed ore into). It just doesn’t make sense at all.

What other explanation do you need? Of all the things that don’t make sense in this game, because it is a game and doesn’t pretend to be a space sim, it’s probably the least important.

you’d technically get less aluminum, since you’d have to remove the slag before forming the aluminum molds.

I’m going to worry about compression after someone explains to me how I’m able to store 3,900m³ of stuff in a 3,000m³ container.

I’m going to worry about compression after someone explains to me how I’m able to store 3,900m³ of stuff in a 3,000m³ container.

—Gadget does this on every trip when she packs her bags