Why new hoodie blouse is without cat ears?

I dont remember people asking for hoodie blouse, but asking for cat ears… 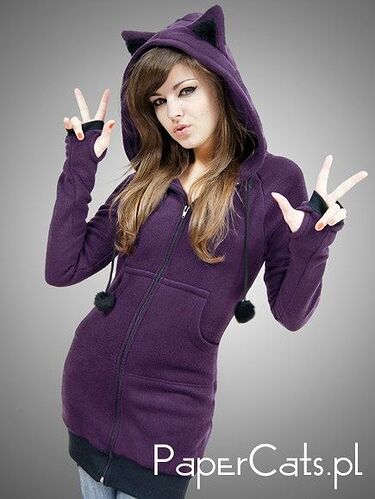 Should come with an Ovipositor as well.

In case you don’t know what that is, look it up…

I mean, unless you’re into that ^^

If CCP were going to put neko ears into the game, they would’ve already done so a long time ago. Suffice to say it’s probably safe to assume that they’re going for the “we’re all adults here and this is all very serious” image for EVE Online, so we’ll probably never see any of the real fun stuff that would definitely make them hundreds of thousands of dollars, like Japanese schoolgirl outfits and shoulder-parrots.

so we’ll probably never see any of the real fun stuff that would definitely make them hundreds of thousands of dollars, like Japanese schoolgirl outfits and shoulder-parrots.

I wouldn’t mind seeing some of that - if it were EvE-ified to fit in New Eden.
There’s a line to toe than can keep the EvE aesthetic, but can be definitely inspired by Real World and even pop-culture stuff.

touch me, it’s so easy to leave me

If you touch me, you’ll understand what happiness is!

I don’t mind the hoodie but have it in multiple colours and also with the faction logo on it.