WTH happened to my Procurer?

So, I’ve been away for a while. Maybe a year I guess. I hop in my Proc, and I now have a couple of red slots, and all my mining crystals have now turned into things I can’t use. Did new skills get added? Glad to see I got screwed and the skills I had just went poof I guess?
Can anyone give me the TLDR about what happened to mining?

The new crystals require reprocessing skill lvl 3/4 for T1 and T2 versions respective. I believe the Procurer and other versions had there slots reworked also.

Refining skills (which you need for the crystals) have been reworked, bundled and renamed.

CCP refunded the SP for the old refining skills you had, so you should be able to use that unallocated SP to train the new refining skills to a similar level to unlock mining crystals again if you want.

About the Procurer: the barges and exhumers slot layouts and ship stats were adjusted, so older fits will be out of date. For example, the Procurer no longer has 4 mid slots.

Together with that patch to refining skills, crystals and mining ships, ‘mining residue’ has been added to the game. Better high yield equipment (such as T2 mining lasers or mining drones) is no longer strictly better, it mines faster than lower tier equipment but is less efficient as it will waste part of the rocks it is mining, which disappears as ‘residue’.

If you have vast amounts of ore around you, more than you could mine, losing some to residue doesn’t really matter. But when you have found a few valuable rocks, for example on a moon pull, and wish to get most out of it, it will be better to use slower yet more efficient mining equipment, such as the new type A crystals, or T1 lasers.

Don’t worry that because of residue there is less ore than before: in the same patch the contents of all asteroids, ice and gas clouds has been doubled in the same patch, so even if you use fast inefficient mining tools (like the new type B crystals) you still get more ore out of the rocks than before that update.

For more info about the mining changes, read these patch notes: 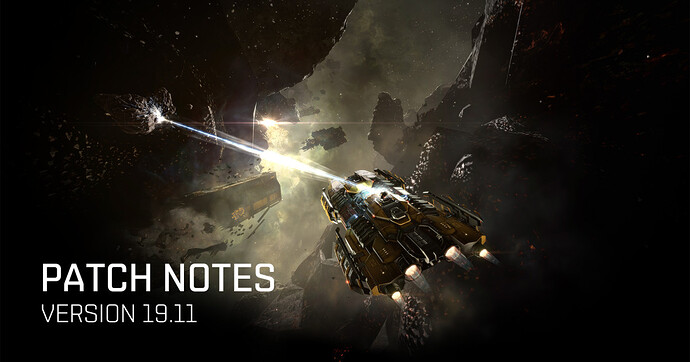 Just wanted to mention as well, if you are a miner doing missions, use only T1 mods, as they produce zero residue, and the mining missions were included in the patch.

Did new skills get added? Glad to see I got screwed and the skills I had just went poof I guess?

CCP reimbursed players for skills they have trained and removed.

The old ore specific mining crystal skills got replaced by group skills, which was a good thing.

The procurer got the $HIT nerfed out of because CCP dev’s don’t understand that shield tank ships need mid slots.

Mining, miners and indy got screwed because of CCP Ratt’s new Economy.

Not to sound like a jerk, but without knowing how long you played before leaving, you should know eve is ever changing and that something you did or used would be drastically different.

The procurer got the $HIT nerfed out of because CCP dev’s don’t understand that shield tank ships need mid slots.

Mining, miners and indy got screwed because of CCP Ratt’s new Economy.

I personally think on threads like this it’s best to stay neutral and let OP determine if the mining changes are beneficial to what OP wants to do in EVE. OP simply wanted some info on recent changes. Alot to digest with new UI and the many changes to mining.

Thanks for this great and thorough explanation!

Would these just show up at readily injectable SP, or do I have to claim them in some way?

Yes, I loved my previous fit. The proc was so tanky I really didn’t have to worry much about ganking (mostly high sec mining here).
Oh well, I’ve been running burners mostly lately. I just happened to want to chill a bit and mine, hopped in my proc and did a big wtf lol.

I’m pretty sure they were turned into unallocated ‘readily injectable’ SP.

But you can check your redeem queue just in case.

The plan was to make you think about what ship is going to be most viable between barges and exhumers.

The tank of nearly all the barges / exhumers was really buffed up. The Proc may not be the best ship for you now. It’s worth looking at and reevaluating your situation.

Oh thanks! I’ll check them all out again