it really is a complicated question. it’ll generally depend on which planet and where in the universe. on ahighly developed high trade world, 1 isk could be equivalent to 1 to 10 of the local planetary currency. on less developed world out in the boonies, it could be anywhere between 1 isk to 100 to 1 isk to several hundred thousand.

Generally isk is worth a fortune in planetary currency. Believe it is a mission that mentions just 1 isk can feed a whole family for a year.

The old mission value mentioned is out of date per dev word. So, its in that ‘it depends’ slot. Its no longer ludicrously high, but still will likely be a lot for the average citizen, though.

It’s problematic, because “Water” and other stuff exists. If you consider that planetary ressources are cheaper on the planets, it would still be a good deal to sell 0.38 m3 of water for 230 ISK ^^

10000 ISK can buy you a shuttle, so a shuttle in exchange for 16,5m³ of water seems a little bit ridiculous ^^
But that’s just CCP logic. In general the exchange between ISK and planetary currency is problematic.

Most people think a normal person would get 1-1000 ISK / year depending on where they come from. Maybe some people get lucky and reach even 1 million ISK, but those are probably the CEOs of companies like “Tesla”, “Amazon” and alike ^^

My mind canon has it where it’s relateable to our currency. How much you get for a $ or a €.

We Capsuleers start with like what, $5,000 but here’s a Corvette and you go out and just start making it right away.

Edit: What if you could switch your market view so the currency was directly translated to real world money.

Maybe you should consider this: How much would a interstellar shuttle be worth in $ ^^ 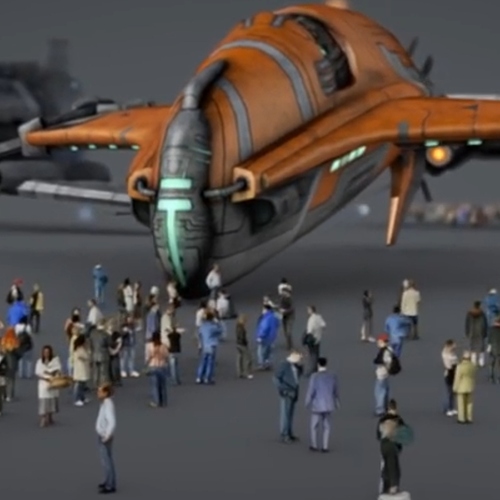 However in Eve, spaceflight is common it might be expensive like a Boing 747 which is still not affordable to most normal people ^^
So 10.000 ISK is not affordable by most of the population except the super rich.

Probably something like that if a shuttle really costs 10.000 ISK ^^

sadly its not that easy to work out, because of the variable nature of economics across the cluster and system to system

Direct value comparisons don’t work. You cannot eat isk, and you cannot necessarily buy bread on a planetary city with isk that’s good only for buying spaceship fuel and ammunition on a space station, instead of goods the baker needs on the planet.

See: https://fiction.eveonline.com/stories/chronicles/stairway-to-heaven (this was written 20-ish years ago so presumably some things have progressed; we have not seen news about “grand unified currently exchange for everyone” tho so the separation of economies no doubt still holds a lot).

Let that be a lesson to us to spend and save wisely, for an ISK wasted is a family we could have fed.

1 ISKie
can be converted to 3.32 ice cubes at any station