Will there be announced BEFORE downtime which skin will be included in the deal for that day?

I actually thought each day would have a new banner in the Launcher advertising the Daily Skin Deal, sorta like how it was first announced in this Dev Blog: 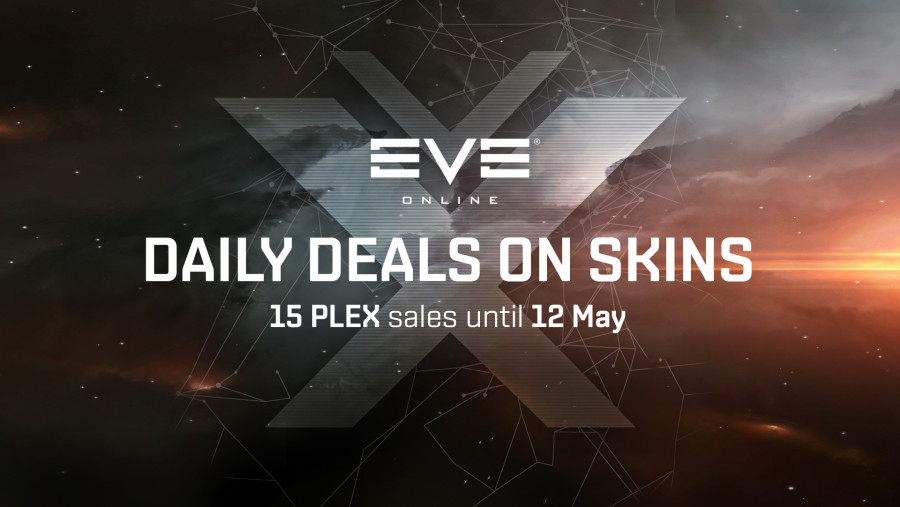 Check out this news item for more information on daily SKIN deals in the New Eden Store as part of the run up to New Eden's 15th Anniversary!

The 15th Anniversary SKIN page (linked in the above post) has said “Today’s deal is the Raven Valkyrie SKIN” every single day since the deal period started, so don’t hold your breath for better communication.

Will there be announced BEFORE downtime which skin will be included in the deal for that day?

No, none of the skins after the first were announced, you need to login to find out which it is

you need to login

But its not necessary

you need to login

But its not necessary

Um, that picture is a listing in the NES which can only be accessed from within the game, hence the need to log in…

But I loged in and posted it so others dont have to log in.

The problem i am protesting against isn’t that EvE market prices is adjusted based on supply and demand. If CCP do not announce which skins that will be sold cheaper after down time that will manipulate the market by flooding it with cheaper skins and most players do not play eve just after downtime and for those people this will be a disadvantage.

The problem is that people that are able to be online after downtime will buy skins cheaper and fill buy orders for those that are not online and can react.

The solution can be in the form of informing the players beforehand of the TYPE OF SKINS, for example “Raata” skins" on “this date”.

This will not lead to sell-of because players will not know which skins that will drop in price thus most likely no sell-of will occur, AND people that have Raata skins buy-order can CANCEL those to minimize risk while they are not online.

Please CCP, understand that this is a logic that if fair to all players and much better (not perfect) solution than randomly reduce price on DT. This will also not harm CPP financially. You have done this many times before and this have harmed players that play the market. This unfair practice has most likely and will lead to rage quitting and canceling subscriptions. Me being one of those that are on the brink of being doing just that.

I have created several posts regarding this subject and it seems that not only are you not listening, you are even making it worse, especially with the 15 anniversary RANDOM price drops on DT.

Too bad they didn’t offer any one (1) SKIN of your choosing for 15 PLEX. That I would’ve been all over.