We’re aware of the current issues following a node death due to a fleet fight in the system of DO6H-Q.

The node is currently in a stuck state and is being recovered manually by our operations team.

This issue is affecting the following systems that are on the node:

Updates will be provided in this thread as work progresses.

Apologies for the inconvenience this node death has caused.

We’re currently working on recovering the node which is in a stuck state. Please stand by for more information.

The node has successfully been taken care of, and all systems have been remapped. Pilots should be able to log back in again fine now.

Other systems died as well.

hey… can someone fix the node in DO6H-Q ? it seems to of died…

Would appear so, but is CCP looking at this??

Yay, CCP did it again. Server Delay, I cannot dock in a system that is not on the node that crashed. Good job, really good job. I am surprised I am tethered. And people log back in in their school stations in high sec although their death clones are elsewhere.

So, tonight the fight in DO6 “Crashed the servers” again due to heavy load, most likely the AOE damage of the bombrun from Test that killed most of the Dead Coalition fleet, atleast they are still updating me every 5 minutes that the server is “Delayed” (read as DEAD) 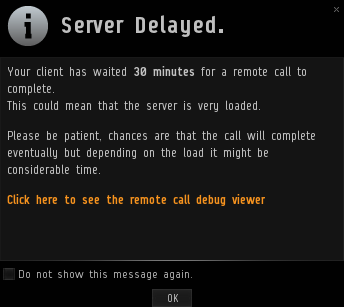 Come back after 2 years and servers are worse? Back a month at Max and it truly does seem they handle less players in system than before.

Amarr was affected as well. I just had 2 of the same characters logged in at the same time.

Guess people got bored with killing (or loosing) fleets and structures and went for the node instead.

Guess people got bored with killing (or loosing) fleets and structures and went for the node instead.

Is this a new Meta?

Can you explain how a single bombrun managed to take down an entire node(one that probably was already stronger than any 08/15 node due to being a staging system for a couple thousand characters)?

The gravitational pull of the moon multiplied buy the circumference of a moose divided by pi rounded to the nearset 6000th decimal says the logs show nothing.

Can you explain how a single bombrun managed to take down an entire node(one that probably was already stronger than any 08/15 node due to being a staging system for a couple thousand characters)?

When CCP Guard strikes a pose any node gets weak. 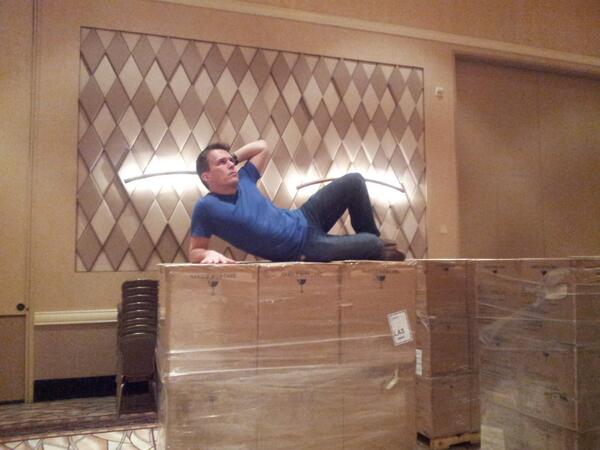