o7 capsuleers!
I have a question about PvP.
Me and a few friends of mine (we are 5) are planning to do a bit of pvp in lowsec and with pvp I think (atleast in this thread) of camping at a gate.
Since we all are Alpha and lowskill (Skillpoints) we thought about 3 dps dealers wit this fit: Fit: Praxis, 1000 dps by Popapuma | EVE Workbench

A EWar ship that instalocks (gnosis) we already have and a armor logi because the gnosis won’t be able to tank the gate guns.

Here’s what I know.

Thanks to Sol for the info.

Some criteria you should consider as your mainstay DPS in addition to the Tackle Gnosis
Given you want to use a Praxis :
a) Battleship can fit Grapplers. Grapplers stop ships right in their tracks
→ Stops your prey from burning back to the Gate and jumping back through
b) Praxis has lots of mid slots for sensor boosters and a MWD
→ The sooner you get DPS on Target (Locktime) and the sooner you get to grapple it. The slimmer the chance it will crash the gate and jump back through. Also consider a Warp scrambler to stop Micro Jump Drives
c) Neuting Power. Stop local tanks and maybe even prop mods.
→ The Praxis has a utility high slot. The PVE fit you linked is wasting it with a drone link aug. // instead fit a heavy neutralizer to (hopefully) cap out your target and stop it from activating prop mods and tank modules.

So to conclude :
With 5 people a good set up would look like this :

If I were to set up a gatecamp with 5, potentially low SP people i’d consider the following set up :

2x Augoror cap chaining for Remote Reps. Use mids for remote sensor boosters
1x Gnosis with at least 1.100 scan res including the remote sebos from the Augorors.
The remote sebos should allow some mid slots to stay free for a MWD, web and scram in addition to the standard long point.
2x Praxis fitted as described above. MWD, Sebos, Grappler, Scram, Heavy Neut and whatever DPS modules are your favorite flavour (something like Blasters, Torps, Rapid Heavies, Auto Cannons likely).

The Augorors cap chain each other and remote sebo the gnosis for initial tackle.
All ships are armor tanked and the Augorors provide logi.
The gnosis points the target and proceeds to burn right on top of it to web and scram in addition
The Praxis follow up, stop the target right where it stands with their grapplers, neut it try and apply DPS.

Praxis and Gnosis have ECM drones should have to bail.

Low Sec pvp is not ganking

Yah but it’s such a fun word

Well, “ganking” has a broader meaning within the wider gaming community than it does within Eve online. In fact, gatecamping could be classified as a specific form of ganking. Of course, when Eve players use the term, they are almost always referring to suicide ganking in particular. So, you are both technically correct in your usages of the term. It’s just that one of you is using it as the wider gaming community does, and the other is using it as it tends to be used within the Eve community. 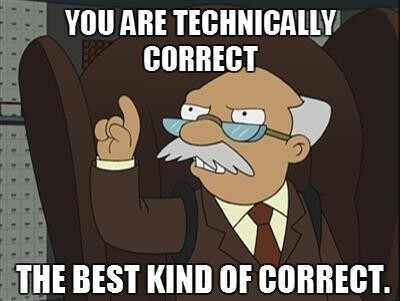 That was facinating, thank you.
It going to take me a while to digest but I understand the basics

But there is no other game than EvE Online

Thanks for the tips! I might need some time to fully understand and follow the advice from @Luwc (thank you,thank you!!!) but one question came to my mind very fast. You say the gate guns would attack the logi as well even though it is not suspect, correct? I just wanna make sure I understood correctly.
To all others that gave advice, thanks a lot!

Now about the term ganking. I personally use this term in case of suicide ganking, if somebody gateways in general or a way stronger ship/fleet is trying to get easy kills because of its/their overwhelming amount of dps and tank.

@CowRocket_Void of course there are other games but no games like eve.

attack the logi as well even though it is not suspect, correct?

The Logi will itsself get a timer when it reps a ship that has a suspect / criminal timer.
I.e. if the Logi reps an aggressor, it is flagged as an aggressor as well.

Ah ok didn’t know that. I never was logi and never had a logi but in pve.

One way to find out how to construct a proper gate-camp is to die to them / escape. Fit up some cheap ships of different kinds to see what campers will fly, and what kind of ships they can and can’t catch.

Ok I will try it out as soon as I’m back from vacation.