These skills are probably some of the core and oldest skills in the game. They are from a time before specialisations really were a buzzword in Eve and even now after 18 odd years stick in my mind as being needlessly frustrating. They represent around 60days of training. And for new players often feel like they are hurdles to jump before they can even begin looking at what they want to be flying.

Combined the capacitor and warp-drive operations create an insane experience for newbs where they can fail to warp an entire star system and then eventually arrive with very little capacitor. These are outdated in the age of softer NPI and frankly, the number of skills added over the years more than offsets the removal of these.

Soon a game without Skills and just ships for an improved NPE !!

FYI, part of the fun in having constraints with them kinds of core skills as a new player, is finding ways around them with various module types or combinations, shiptypes etc …

BUT of course, New Players are dumb and cant think for themselves … Better keep changing the game mechanics to suit them instead … That’ll work out …

Dafaq you talking about, CCP already engaging in more new-player friendly game focus, have you missed that?
SP for $$ so you can learn all that skills you thought you need, but never could bring yourself to actualy learning them over Advanced Astrogeology!

These skills can go two! Newbros do not need them.

Actually, since I started EVE in 2003 the game has become exponentially more complex. In 2003 you had Frig, cruisers, and battleships.
The mining ship of choice was the Apoc because it had 8 turrets.
There was no Concord until after some evil doer’s camped Yulia with a Dominix.

What a lot of you seem to fail to understand is that EVE’s primary resource is new players. Without them constantly feeding through the game things like the market collapse. As certain Items become unused or unfarmed by lower Sp accounts.

Removing some low multiplier skills to counter this is hardly an issue for anyone.

There’s a 185 AU stretch in Oipo where I regularly get capacitor empty warning ( especially in a shuttle )…yet it warps anyway.

Ha! The game would function pretty much as normal, if there were NO skills at all (or hidden, maxed out skills), just wealth gain and loss.

We don’t fly HAC fleets because players wouldn’t have the skills for bigger ships.

The majority of players already have an abundance of skill points on their mains. It just took time and money, that is all. Players often fly smaller and cheaper ships, because those are cost-effective and ship losses are common.

Player progression mechanics, misappropriated from roll-playing games, are the commonly accepted way to do it. Doesn’t make much sense, from a multiplayer gameplay perspective, but this is how monetization is usually sold and it works.

Some people may also derive some joy from optimizing their skill progression path, so that’s a nice little extra for them. We don’t need it for enjoying the main course though.

Ideas for improving NPE tend to revolve around a model where we are trying to get them out to null in a big corp and in a viable endgame ship right out of the gates. I generally disagree with the premise that making life more fun for new players means sort of fast forwarding them through early game. The early game is fun, so that seems like a waste to me

I totally agree. The early game experience needs to be about learning the environment, do’s, don’ts can’t can… Lots of reading and research. NPE should be centered around what world the player has jumped into.

IMO, the problem with the early game that dissuades a lot of players has more to do with players not knowing what they’re supposed to do. I’d rather they improve the early game activities. Update missions, for example

Yep. Missions are kind of the gateway into the game. I like the missions as they are now ( so far ) I’m dabbing into a few things to experiment what I like best for the time I have to spend playing. EVE offers a lot of stuff to do and that reading helped me a lot. And there’s always the Help Chat, most players in there are happy to orient, it’s been my experience anyway.

Lots of new players assume that doing missions is the main thing they’re supposed to do, because it is in other games. So, make that a better experience

Agree. PvP is cool, it’s fun and all that but sometimes a good-rounded storyline is just what one needs to start to get into the game after work… there’s always housecleaning but flying in space is more fun.

The word “management” does suggest that a skill is primarily a tedious bother.

The problem is, ccp highlights nullsec wars etc. You never see advertisements about pve activities as much as you do pvp. Journalists sure dont mention hardly any pve activity.

You get a lot of nullsec in rookie chat encouraging new players looking for clans or corps to find a null corp to join.

The problem is, ccp highlights nullsec wars etc. You never see advertisements about pve activities as much as you do pvp. Journalists sure dont mention hardly any pve activity

There’s those promotional vids about careers in EVE and capsuleer aspirations. They show Exploration, Mining… I think CCP tries to keep it balanced between PvP and PvE but any good gamer knows PvP is best

The journos will write whatever sells, I don’t gage anything on their words.

I kinda like the EE way of doing this (at least halfway) A single “Engineering” skill that increases PG, CPU, and Capacitor.

I think rather than removing the skills full stop we could bundle them.

Invasions and Drifter attacks made the news

What a lot of you seem to fail to understand is that EVE’s primary resource is new players.

That’s a false pretense thrown around by late marketing folks to justify all the ■■■■ that’s happened to this game over the last decade.

The reality of maintaining Eve’s primary resources lies in retaining the current, the old, and the new playerbase, not one over the other.

Removing said skills is not the issue, it’s how you approach them in your playstyle ingame at your own level, and how you plan around it for the time it takes to train them.

Alpha newbie: “can I fly a Tristan?”
rookie helper:

“Yes, but you’d better start with Incursus to see and decide what you prefer to focus on first, guns or drones”

How to know if you prefer drones… if you can’t use them. 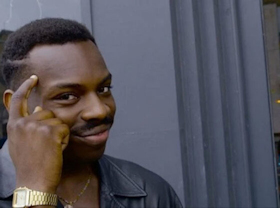 As an Amarr player that’s something I skilled pretty high (it’s IV), specifically where having a sustained cap to hang in a firefight longer is key.

It’s a wonder I lasted long enough to actually undock the damn ship.