Frustrating and not compelling gameplay at all.

The mineral market is suffering from rorquals and moon belts in hi-sec. If we’re going to do something about mineral prices, more direct nerfs here would probably be better.

Honestly, do we need the +15% variants of arkonor, bistot and crokite in hi-sec? How about just normal variants?

And it is going to get worse with “Mine 2 Station” which is the ability to load cargo into upwells without docking.

The person who said this isnt compelling gameplay isnt able to imagine the variance the idea ads so let me help him.

Right now every belt is pretty much the same. You warp in, either there is rats or not. With this implemented there is an addtional chance of “environmental” hazard, the game becomes ever so slightly more compelling. However, dont compare this idea with some kind of expansion that will blow you away. This is a relatively minor idea that shouldnt be disqualified simply because “the idea isnt big enough”

edit I also think i figured out how to make it bot proof so that bots will die but playes will not. Simply put the hazard is displayed visually. I mean the screen could just get foggy. I dont think bots can easily detect this so they wont figure it out until its too late. Obviously there should be a timer so that players are able to warp out, but bots will just start mining or killing rats if any are present with the inevitable result their ship is destroyed.

straight up nerf to Rorquals, making them support ships again is what is needed, easier and accomplishes a much needed goal.

Nerf: between were they were, sucky and were they are overpowered.

What flood
Look at the MER.

High sec is clearly not a flood of materials and when you consider nearly all of nulls mining is high end while hardly any of high sec is, it’s clear where the issue is.

2 Additional reasons for no:

A mechanic that randomly makes the player go somewhere else without any player ability to change the situation is bad. Now if the dangerous gas clouds could be “cleaned up” aka harvested and turned into something (awesome drugs?

I am not convinced that any area should be immune, I would say let the devs use real data to make that decision.

A mechanic that randomly makes the player go somewhere else without any player ability to change the situation is bad.

Why? In this instance it has the potential to harm bots, it raises the number of threats you can encounter in asteroid belts and it means a rogue group players in an isolated system are going to be able to mine less since belts would have additional downtime overall. You think thats a bad idea?

Because player agency is key.
Think of the activity you like the most.
Then imagine that RNG said 1 day in 4 it simply couldn’t be done.
And it wouldn’t harm bots. Anything players can detect bots can too.

Removing that player agency is bad.

And it wouldn’t harm bots. Anything players can detect bots can too.

This is just wrong. One example are captchas. Bots are really bad at detecting things that are displayed on the screen. But ■■■■ it. I dont want to argue with you idiots im out 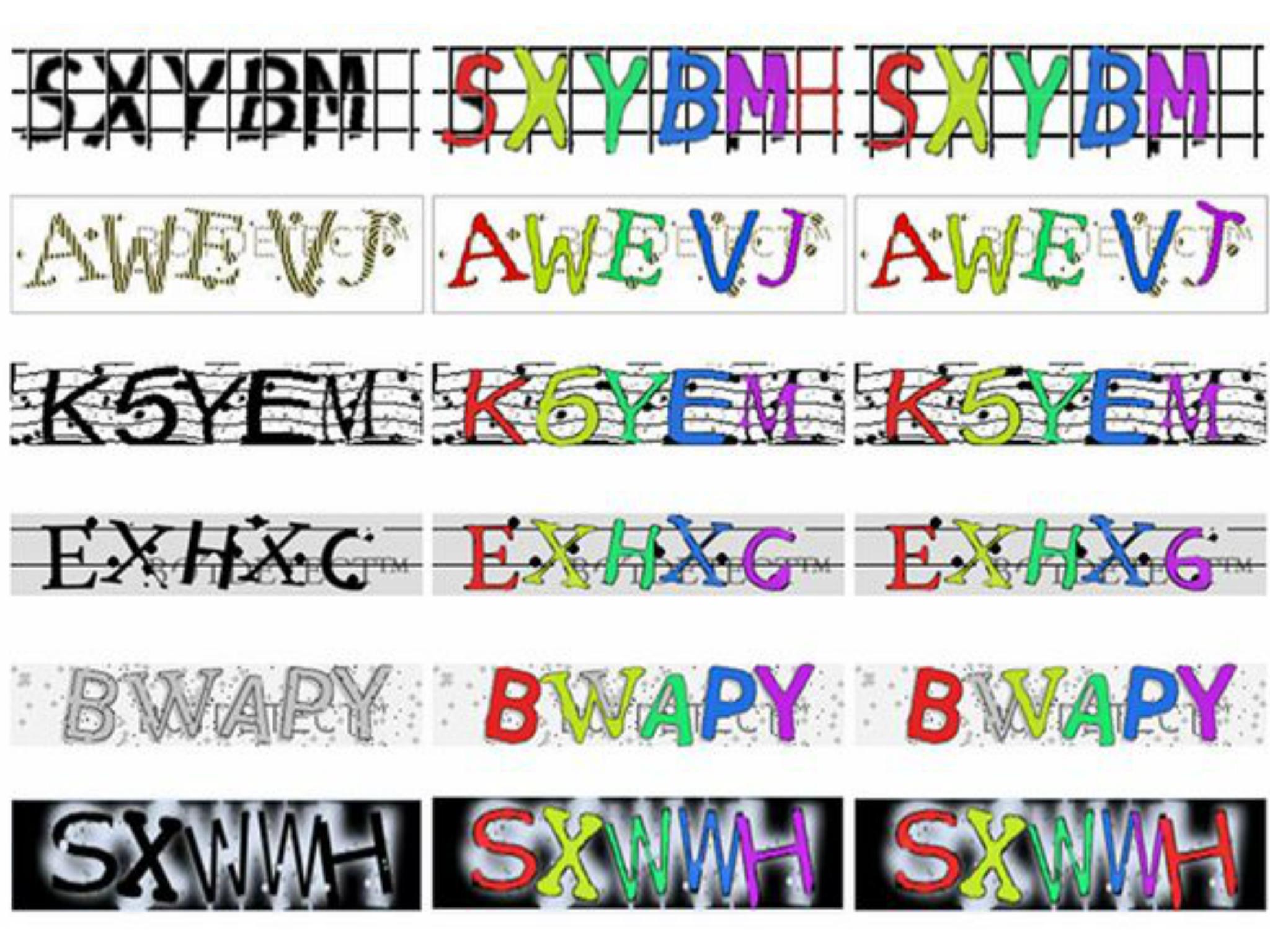 The most annoying thing on the internet is completely pointless


Lets just start with that shall we. And no player would want to be constantly having to solve things on that level just to get any feedback. Then consider that you would start taking damage which is also feedback that is super obvious and can be written to a text file, which is super easy for a bot to read, and then used.
Educate yourself.
Wesfahrn (Wesfahrn) September 3, 2018, 8:17am #14

And no player would want to be constantly having to solve things on that level just to get any feedback.

Haha i knew you would go there. Never did i say captas should be implemented. It could be relatively sublte changes to the environment. Bots will not be able to easily detect it. But even if it doesent end botting thats besides the point. It still raises the number of threats people can encounter in asteroids, and it makes people who hide in isolated systems less profitable when it comes to mining because belts have more downtime. It encourages people to spread out ever so slightly. Now please stop derailing the thread with your stupid politics. Be constructive or gtfo.

What it actually will do is cause people to just log off and come back tomorrow, especially when it comes to mining. Because it’s not as simple as just taking your ratting ship next door and shooting rats.
You would have to move your entire infrastructure one system over, aka duplicate it all. Which simply is not worth it.
Mining is already one of the lowest incomes in the game, even rorqual mining isn’t super income compared to stuff like super ratting, it just scales a bit better. So you are bashing the little guy vastly more.

If the problem is high end ore prices crashing because players are overmining certain ores, then uh… why do we care? They can just mine the now most valuable low end minerals instead.

As for politics. What politics. I’m providing referenced arguments as to why your claims are wrong, and it won’t have the effect you think it would.

What it actually will do is cause people to just log off and come back tomorrow, especially when it comes to mining.

So be it. Or they could develop an additional system for mining. Right? If things get as bad as you say and miners end up logging out then mineral prices will increase and eventually having sovereignty/infrastructure in more than one system will be feasible…

Mining is already one of the lowest incomes in the game, even rorqual mining isn’t super income compared to stuff like super ratting, it just scales a bit better. So you are bashing the little guy vastly more.

This is a moot point and just more politicising. Please stop doing it.

If the problem is high end ore prices crashing because players are overmining certain ores, then uh… why do we care? They can just mine the now most valuable low end minerals instead.

This is a multi faceted idea, the gist of it is that bots will die - at least in the beginning, until they figure out how to deal with the new threat. I dont think they ever will, if its done correctly, but lets see. 2) Asteroid belts will have more downtime, both for ratters and miners so having access to multiple systems gets a little more benefit. Last but not least it simply enhances the player experience a little because the number of possible threats you can encounter has increased. I think it makes perfect sense asteroid belts have a random chance to have environmental threats instead of only rats.

What environmental threats are going to threaten a starship that can withstand literal antimatter explosions and nuclear bombs? If you want to talk about things making physical sense. We throw car sized nuclear weapons at each other in salvoes every 10 seconds. That’s like an ICBM every 10 seconds. So… Lets not try the appeal to realism here shall we, because it’s going to fall down utterly.

Also any system that encourages players to just log out is a terrible one. Getting players to stay logged in should always be the aim for the game.

Now if you want it to be that gas clouds cease being super rare signatures and instead become things that envelop belts and do damage, and you have to switch to a gas miner to suck the clouds up, and when you are done you can go back to regular mining… That’s different.
Player agency is retained, there is an action they can take that still delivers profit which will solve their problem.
And if the spawn rates, quantities and types of gas are well balanced it might even be a looked forward to event, because it could actually be worth more, despite the interruption to the normal mining.

i would like this topic to be closed and proceed in the other one. thanks.

Kinda like the mercoxit mechanic? Also you should throw this in features and ideas

I think all the 0.0 belts should have random gas clouds in them.

While it sounds like a fun idea is this not going to make a lot of difference.

A game should never be changed only to make it harder for botters, because it can potentially interfere with the actual players more than it does with a botter. It ends up being a benefit for the botter, because they can again automate the problem away, while players have to deal with a new problem and do so manually.

Instead, the reverse is usually all round better. Support the actual players, make their game better and less repetitive, and thereby reduce the incentive for botting in the first place. A game is designed for players after all and changes should always keep their game-play in mind and not blindly try to swat some non-player problem, which we know will come back again and again. If an anti-botting solution drives out actual players, then you have created a bigger problem than the one you had before.

Botters can then readout screens, they sometimes read the entire game’s memory, just to automate their responses. They simply won’t have a problem to counter your suggestion. So in your case will it only end up making the life of miners harder, drive the mineral prices up a little, and botters end up winning even more.

In short, focus on the players and not on the botters. Report botters when you see them.

See also the latest devblog on security for what you can do to fight it.

Hey. I think all the 0.0 belts should have random gas clouds in them. This means that even if you have built a mining outpost in 0.0 sometimes the belt may not be accesible because of deadly gas clouds.

Mining the belts isn’t a big activity in null. Anomaly mining is where the ISK is and even if some anomalies had clouds in them, there’s still plenty of others to mine.

“Mine 2 Station” which is the ability to load cargo into upwells without docking.

This is actually going to be a thing??

This is actually going to be a thing??

Within docking range, you can access your station hangar. All it does is save you a docking cycle.

that was mostly to restate Daichi’s comment, though i realize i may have inflated his words.