I would like to introduce a little problem in game. Maybe some of you are like me, colour-blind and can’t distinguish appropiately the red-green colours, and is very hard to know if a module of the ship is activated, de-activated, or active; and sometimes I can’t know if the module is in the procees to turn off or on.
I know that the only thing that I have to do is wait a few seconds and see if it is active or not, but knowing that in a close combat every second counts, I think that is a minor problem to fix the red-green blinking colours of the module buttons.
I think that would be highly appreciated if the buttons have a little “light” besides of each one, and can be easily seen if it is active or not, just by changing the colours to black- red - yellow maybe.
I know that the buttons are pretty tiny, and maybe there is no such space to do this, but I think that this kind of things don’t need too much space in the interface to work properly.
I submitted ticket to CCP, and they suggested me to post it here too, so I do.
I hope other players get interested in this matter and help me to CCP implement this little thing and the players that have a problem like mine or other like this can play in a better way and enjoy properly this game. Sorry for my english and fly safe everybody!

I think it would be best to have a colourblind palette, or several since there are multiple kinds of colourblindness, for the module status indicators. It seems to me that for such a tiny and specific portion of the UI artwork, this ought not to be a difficult task.

That would be more likely to happen, I would think, than actual additional UI (that also wouldn’t be useful for most people).

I say more likely, but it is disappointing that Eve Online remains one of the least accessible major MMORPGs I’ve ever played

If CCP hasn’t gotten around to a colourblind mod indicator palette in all these years, sadly I wouldn’t hold your breath. But hey, prove me wrong CCP!

My dudes, there is a colour-blind mode: 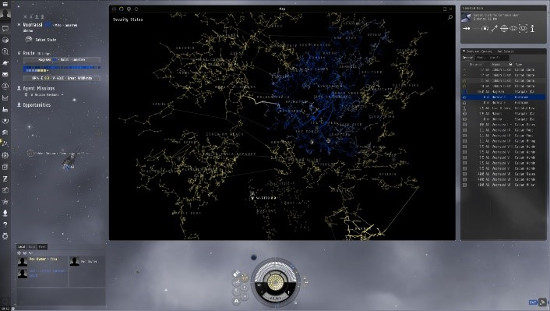 According to the internet, around 8% of men are color blind, so some quick napkin math would mean around 7.999% of EVE players are color blind, which is a considerable chunk. I am not one of those 7.999%, so it was particularly interesting, yet...

So make a suggestion comment (or even series of suggestions) in UI thread maybe?
Calling it utter ■■■■ wont really help to solve the problem. If you can’t bother to properly describe the issue where it will be seen, how the hell devs will know what you need?

I don’t use it, don’t really care. Was just stating a fact. There are as many different ranges of color blindness as there are colors. There is no 3 size fits all solution. The only thing that would work would be a self made custom UI, and CCP already said no years ago.

and is very hard to know if a module of the ship is activated, de-activated, or active; and sometimes I can’t know if the module is in the procees to turn off or on.

You know, you are not the only one with this problem … and I am not color blind - just so happens that depending on the brightness/colors of the background that information gets hidden due to how eyes actually see things.

I can relate. I have always had a problem with the default yellow color for next gate when on tour. Its ok (downright fine) if there are only 4 or 5 icons on grid, but they often get lost when the screen’s crowded, and I’m running away from someone.

Any comments from the colour-blind on here as to how or whether fiddling with contrast - presumably via some form of grayscale - would solve your/ my/ our problem(s)?