Alliance Tournament BPC's Should Be Seeded Into the NES Store

What is the point of having unique hulls such as the Imp be exclusive only to a few dozen players? What a waste of Dev time and efforts! In addition, now that CCP has missed an over 200 million+ USD bonus from Pearl Abyss, we need as many sources of revenue for CCP as we can get.

Seed the respective alliance tournament ships, which originally were provided as rewards to victors of a now discontinued alliance PVP tournament, in the NES store, for a PLEX amount proportional to their performance.

Increased revenues for CCP, in the form of higher demand for PLEX. Thanks to the coronavirus pandemic, PLEX purchases are at an all time high. With the addition of BPC’s that allow for the construction of these T2 Pirate sub-capitals, PLEX demand will increase, giving CCP much needed (and deserved!) revenue boosts.

More PVP. It is well known that solo pvp requires a good ship, with good gear, and skill in selecting targets and killing them efficiently before back up arrives. With AT T2 Pirate hulls, solo pvpers will have a decent shot at doing great damage against a fleet, at least until sufficient backup arrives to take them down. Since these ships will be valuable, total hull cost will be around 2B to 5B ISK, more people will be interesting in fleeting up to kill them, for bragging rights, killboard stats, and the chance of looting some good gear.

Lack of exclusivity. A few hundred players, who still hold these relics from the alliance tournament days, will lose their exclusivity. This is a mark against the proposal, but considering that the increased revenues for CCP will no doubt be in the hundreds of thousands of USD, without any work other than creating the BPC and seeding it on the NES store, that alone is worth the nerf against the few collectors. In addition, there is precedent, many skin collectors are annoyed whenever CCP releases their once very rare skins back onto the NES store, but the revenues for CCP justify such complaints. The same is so with this proposal.

Finally, I address the concern of OP power and Pay To Win. On a hull basis, the ships should firstly require significant T2 production materials, and or minerals to construct. This puts them in line with the added power, which I estimate to be around double to triple that of a regular pirate hull. No doubt someone will link a YouTube video of a solo pvper in an alliance tournament as justification for the ships being OP, but I remind you that the ship itself is not that much OP, it is the officer fit, max skilled pilot, and booster/implant/linked bonuses that the pilot enjoys. If someone is willing to spend 20B buffing out their T2 Pirate ship, then let them, it can still die easily to a well placed trap or error in piloting.

Thank you for reading my proposal!

Honestly, I don’t know ■■■■ about the deal. But, from what I heard, that money was never going to get put towards development. It was going to go to be a bonus to people like Hilmar.

Second, what you are proposing would be absolutely terrible for game balance. AT ships are stupid OP, and the only thing that makes that okay is the fact that they are ridiculously rare.

Forth, AT ships actually create content for a lot of people, and not just the people that fly them.

Their exclusivity and rarity is paired with the fact they are brutally overpowered ships, the imp for example does 8km/s with a 1mn AB and has sub 3seconds align time during that and a tiny sig, the etana and rabisu are most notable for being the best logi cruisers in the game by a large margin., even if you cheap fit them thier base stats and bonuses are flat out unmatched. 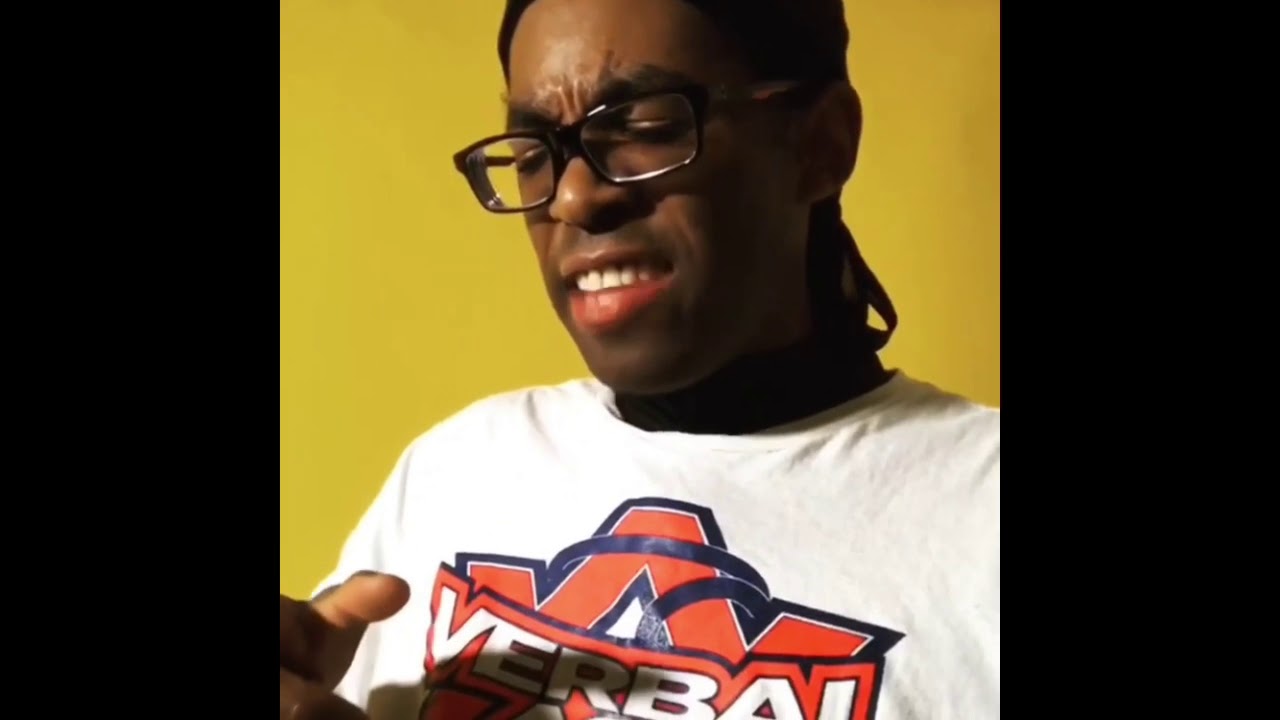 Since these ships will be valuable, total hull cost will be around 2B to 5B ISK

Now add about two zeroes to that number for most AT Ships. Some go for under 100B but most go for far more.

Looks like the Cambion would be pretty good for running burner missions. /irony

GTFO with this P2W cash shop trash. Under no circumstances should any of your nonsense ever be implemented.

CCP should make it random - pay $200 for a loot box and it might have an AT ship inside, or just some metal scraps and carbon.

Make them temporary: Once they are manufactured they will last for one week then explode (even if docked) or less time if destroyed sooner. (The original AT ships would stay the same.)

What is the point of having unique hulls such as the Imp be exclusive only to a few dozen players?

To be exclusive to only a few dozen players.

What a waste of Dev time and efforts!

I can’t imagine they put a ton of Dev time into the AT Ships, they are decided to be broken so balance doesn’t matter. The only form of “balance” for them is the fact that there are so few in the game. All they really had to do was take the base version of the ship they wanted to use and start boosting stats and adding bonuses.

This is an incredibly bad idea, just someone whining about “I can never have this thing and I want it.”

stupid thing is he can have it, AT ships are sold all the time if you know where to look

Well then, CCP should bring back the alliance tournament.

So, you want to piss off every current AT hull owner (their entire point is to be ultra rare very OP collector’s ships), start the train of selling ships directly for PLEX or $$$, and massively increase power creep such that nearly all the current ships will be functionally useless? Regulating power creep by adding powerful ships but making them hard to make doesn’t work. Titans were seen that way in the mid 2000s, look where we are now. Lots of AT hulls are extremely OP ships that absolutely destroy their Pirate or T2 variants, especially seeing as many of these AT hulls are literally “Pirate T2” ships (see, Virtuoso is a Serpentis bomber, Whiptail is a Guristas ceptor, Imp is a Sansha ceptor, etc)

I’ve seen bad ideas on these forums, and this is a good contender for top position.

Hi there, firstly thank you for commenting on my post! You made a few good points, which I wanted to address, everyone feel free to jump in as well!

So, you want to piss off every current AT hull owner (their entire point is to be ultra rare very OP collector’s ships), start the train of selling ships directly for PLEX or $$$, and massively increase power creep such that nearly all the current ships will be functionally useless?

You made a few good points here, but they can be negated. Firstly your comment about angering the current owners of the AT ship. As mentioned in my original post, yes that is a negative against my proposal, but as I mentioned there, owners of rare skins also complain whenever CCP releases their once ultra rare skins back onto the NES store. Just recently we had this, with the police skins, which once went for close to supercarrier price. I personally believe, and I believe so does CCP, that increased earnings which ensure the continuation of the game is better, than a few complaining voices. And the current owners of AT ships only number in the few hundreds, which is even less than the number of skin owners.

The argument about powercreep can also be attacked. Firstly, the hulls themselves are not that powerful, the jump is similar to that of t1 to t2, for some of the AT ships, the jump is like t1 to pirate. AT power comes from the bling, and even with bling the ships are not invincible, I cite these three killmails as proof:

Titans were seen that way in the mid 2000s, look where we are now.

This is true, however we need to remember that titans back then were much more powerful. They were like the Death Star of Starwars, an entire empire of resources were needed in order to construct them, many months of effort in terms of mining and construction, and in return you had an area of effect doomsday that effectively killed a grid. Nowadays, the doomsday is much less powerful, in order to change with the times.

Lots of AT hulls are extremely OP ships that absolutely destroy their Pirate or T2 variants, especially seeing as many of these AT hulls are literally “Pirate T2” ships (see, Virtuoso is a Serpentis bomber, Whiptail is a Guristas ceptor, Imp is a Sansha ceptor, etc)

My first response is to cite the three killmails above. To your point, they indeed are “Pirate T2” vessels. I think that the game needs a sort of high-end best of the best on the individual pilot vessel to serve as content generation. For this, it has to be juicy but still reasonable in power, both to justify its use, and also to generate content. A random t1 frigate roaming in your local space generally gets a sigh, if a 3B-5B isk chremoas hull + the likely bling fit attached to it, on the other hand roams your space, that merits at least the consideration of a ping and a fleet formup. Bonus points if its a famous twitch streamer flying the ship.

People think that AT ships are all that because of how rare they are, and because the people flying them tend to be the best pvpers in the game, who bling them out with the best gear. Best pilot + AT hull + bling + HG implant set + Boosters makes for a potent combination, which is certainly not the norm in the game. 1% of pilots will be like that, the majority and the average on the otherhand, will purchase the BPC from the store, build it, and lose the ship just the same as any other ship. Just because you can sit in a good hull, does not mean that you suddenly become OP.

Finally, the revenue increase helps everyone, the developers, us in terms of having more content in the form of expansions, and finally in terms of making sure EVE Online continues to exist as a game.

Thank you for reading!

You should realize that the added revenue would simply be squandered by CCP, not used to improve the game.