Description: Let me start with: I don’t expect CCP to write a translation program. What I’m wondering is if it would be possible to send chat text to an external API like Google Translate to allow all text to be translated into the users native language. Or allow a way for the user to plug in something that could do that. My hope is that the user can communicate (somewhat) effectively even with people via other languages. I understand automated translation is not always the best, but it would help. Currently I work with corps that speak 3 different languages and I have to copy the text and put it into something like google translate, it would be nice if the game could do that in the background.

I don’t know the level of difficulty, the technical problems, the contract issues with any of the available APIs, but this is something that I think would make it easier to communicate with other people around the world, weather or not you speak their language.

It seems English is the Lingua Franca of today, so be it.

I’ve always thought it would be funny if CCP randomly made everything in EvE of the Icelandic language for the day…and now perhaps Korean too.

Anyway…there are never issues if people have the same language:

Using such APIs costs money. CCP can’t just use any of the free services. Imagine adding all that additional load from people in this game using that service. CCP would be shutting down all the free services one by one. A commercial service would cost money, though. Would you be willing to pay extra money, not plex, for such a service?

No. Even if, most people won’t. So, is the alt-tabbing to https://translate.google.com really too much to ask from you? I am absolutely sure it isn’t.

Agree, this should be a thing. It should be trained specifically to properly translate Russian swear words.

New skillbook dropped by (random NPC)
lvl 1 : pick one language you can translate. For every extra lvl you can select another
Advanced skillbook : same thing, but can only be trained when you have the normal one at lvl 4

Or use google translater.

Or don’t bother bother with peeps you don’t understand (for example due to language). That’s my preferred tactic to be honest.

Also, Google translate does not work for this sort of thing as it is very inaccurate, as it can only translate word by word (or small sentences) not the complex syntax’ that many languages have, further more if such a feature would be made it would only make sense to translate into your client’s language.

I just wanted to note on the way the topic transfer suggestion was handled. Often a forum thread will be closed or moved without much explanation.

I appreciate that you took the extra effort to explain why you felt that the topic should be moved. Thank you, those extra efforts are noticed by some of us!

Agree, this should be a thing. It should be trained specifically to properly translate Russian swear words.

We wouldn’t need that if Russians stopped losing ships

I dunno. I kinda like the appeal of having to tab over to Google translator and all that. It makes ransoming freighters a more intimate experience. 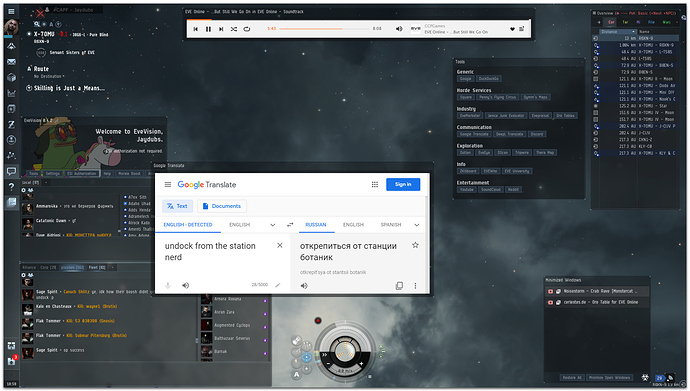 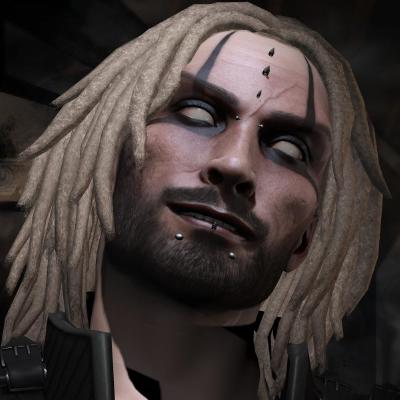 Yep, APIs do typically cost money, you are correct. You win a prize, here is a cookie.

I didn’t claim to have an answer to the technical or contractual details. Things never progress or improve unless someone asks the questions that move things forward. It MIGHT be technically and financially impossible, but asking doesn’t hurt. For all I know a service might be willing to do so to collect marketing data or analytics.

While I appreciate your implication that it is too hard to alt-tab and paste. If you read my post that is what I am currently doing, but I guess reading might just be too much to ask from you…

LOL I can second this!

CCP would have to pay to use such an API commercially, and there is no gain for them to do so. They are not going to attract or retain new players by implementing translation in chat - most players are already bilingual or, being that the player base tends to be highly educated and computer literate, able to use translation software via alt-tabbing and are not terribly inconvenienced by doing so. It suffices to say if they’re playing EVE Online in Tranquility and stuck around as long as they have, they don’t need this.

Self-segregation by language isn’t necessarily a bad thing, it’s the reality of the world we live in, and the nuances of language translation are going to wreck havoc in numerous situations, especially in fleet coordination, even moreso where slang and EVE-specific jargon that isn’t readily translatable is involved. CCP could and to a large extent should invest more in localization efforts and giving more love to non-English languages to bring them to first-class status (Spanish doesn’t have its own forums section!?), but there are issues with this as well (see related thread recently posted)

It is not an easy task. There were NUMEROUS problems maintaining he in-game browser, and it has security problems as well. It was very expensive for CCP to maintain the in game browser - that’s why they removed it. And like I already said in a different thread:

Implementation and translator within the game

Even integrating translation software is expensive and unnecessary in a game that all but demands having multiple windows open that you’d either alt-tab between or have on multiple monitors for just about any activity (PVE, PVP, industry, marketing, etc) - there is nothing stopping you from copying and pasting into Google. If you use an overlay such as EVE Vision, you can have Google Translate in the game itself (this is not an endorsement). The heavy use of EVE-specific terminology and slang would be lost in translation in any case (even if performed by a fluent but EVE/MMORPG-ignorant translator), so it’s not as if translators would solve the problem.

Even so, it enables (for example) an English speaking player to guess the meaning of what a Russian player is saying, even if the grammar is not correct. This way we would at least be able to communicate with people of other languages. Just saying. Unless of course, the demographics of EVE are such that the majority of speakers are English speaking anyway, then it might not be worthwhile, but those numbers are only available to the devs.

Use DeepL for translation, it get’s the grammar right. Google Translate is way outdated.