@Sasha_Viderzei The Paladin fit above reminds me: the Tachyon Beam Lasers have a higher alpha (single volley damage) and longer range than Mega Beam Lasers. The down side is they are slower firing, slightly worse tracking and more demanding to fit.
Might be worth considering them if you can fit 'em.
[we’ve wandered off “Cruiser for Level 2” into “2bn ISK Marauder for Level 4”]

Other considerations:
I fly level 4 missions in a dual-rep HAM2 Sacrilege - a missile based Amarrian heavy assault cruiser. Most of the time you are speed tanking - you can leave the micro-warp drive on (1,500m/s) and one of the reps while remaining stable and only getting half the signature bloom from it.

For Level 3 missions the Harbinger is a good ship. The Navy Harbinger is noticeably better than the basic hull.

You can do Level 3 missions - with care - in Tactical Destroyers, a Confessor for the Amarr though I normally use a Hectare (a very pretty Gallente flying wing).

I got your in game mail - I’ve just been too busy to spend time in game for the last week. I will reply.

whats wrong with a maller

not a very good idea. BC have more tank and more gank than cruisers.

drone ships are boring as hell tho

heres a viable maller fit for a new guy 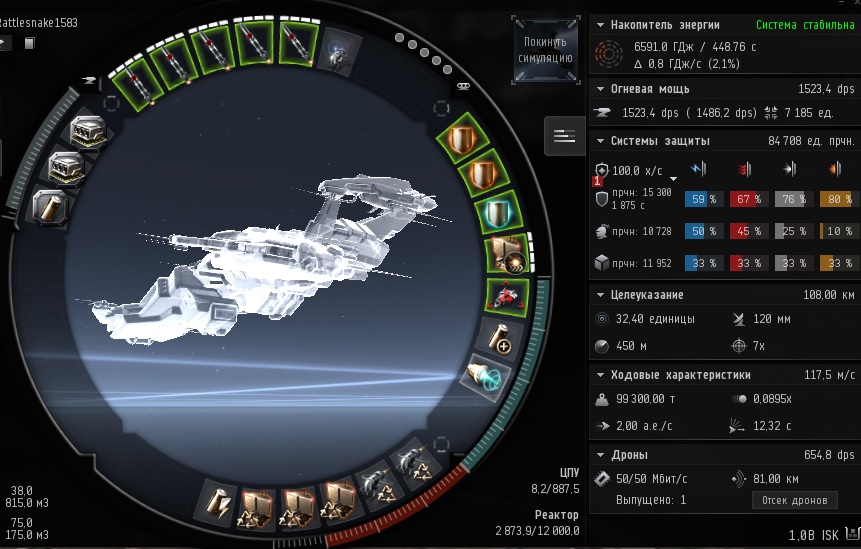 Congratulations, you managed to combine the two weapon systems I hate the most : Missiles and Drones !

More seriously, even if the Rattlesnake is considered by a lot of people to be the end-game of Highsec mission running, and can defend itself against the nullsec ratting supercapitals, it’s not a ship for me. I hate the delayed damage of missiles and drones, and at least NPC frigates can’t take down my guns like they can with drones, less management.

Thanks. What would you recommend as a fun ship for PVE, mate ?

Define “fun”. Would you prefer to snipe from long range, kite at medium range or get right in the rats faces with close range brawling?

You’ve already said you don’t like missiles or drones, because for you they’re boring, but pleanty of people do use them because for those players, missiles and drones are “fun”. So, if you want a useful answer about a “fun” ship, how about some useful information from you about what ways of playing you think are “fun”, otherwise you’ll just get random suggestions that may be completely boring for you.

Then you will love tachyon beams a lot. Alpha all the thingies from 100+ km away.

What ammo should I use ? I planned to do it with either Gamma or X-Ray

Depends on your range and the range of your targets. I use Aurora L, Standard L, Gamma L and Multifrequency L.

Sniping implies shooting rats at long range. Using crystals that significantly reduce your weapon range does not fit well with the general concept of “shoot them at long range”. Here’s a table that lists what effect each type of crystal has on weapon range and cap useage.
https://wiki.eveuniversity.org/Turrets#Energy_turrets

I’m not saying you can’t use Gamma or X-ray at all, I am saying that you will need to have some other crystal that gives more weapon range to start shooting with, and then switch to Gamma or X-Ray or possibly even Multifrequency as the rats get closer (because they’re not going to sit still and let you pop them). Depending on what range you want to start shooting at, you will probably want to have Standard or Infrared crystals as your “opening act” and wait for the rats to get close enough for the higher dps (and shorter range) crystals to be effective.

You also need to ask yourself what distance will work for sniping. I do have a PVE sniping setup that works in L4 missions, but it’s not based on lasers as the main weapon. My setup can reach targets at a little over 110 km and still works decently a little under half that range, about 50 - 55 km. At less than 50 km, it depends on the size and speed f the target. For big slow battleships, I can keep going without having to change anything, but for smaller, faster rats, I may need to switch ammo types or use drones, or move my ship to open up some space and go back to sniping mode.

For a laser based sniping setup, the Nightmare gives the best options for maximum range. It can lock targets and shoot them at 120 km without any upgrades to sensors or range upgrades to the weapons, but you do need max skills for that, and a Nightmare is a bit pricey. A Blood Raider Bhaalgorn might work despite it’s bonuses to cap warfare (which is short range) and webbing (also short range but can be useful for dealing with small fast targets), but I haven’t looked closely at this ship before so I can’t be certain how well it would work as a sniper since several of it’s bonuses are for short range systems.

That leaves the Amarr Abaddon and Apocalypse as the other two main choices for a laser sniper (the Armageddon is drone bonused, if you want to snipe with a Geddon, use sentry drones not laser turrets). The Abaddon and Apoc both only have 4 mid slots so some careful choices are going to be needed on what mid slot modules you will fit. The Abaddon has better sensor range without any sensor upgrade, the Apoc has better weapon range and weapon tracking without any weapon upgrades. There is also a “navy” Apoc that has better overall stats, but is several times the price of a basic Apoc.

I might spend some time experimenting with a Bhaalgorn sniper setup on the test server, but it’s Christmas Eve and I’m about to leave town for a week, so I don’t expect to look at this idea until after the new year, unless someone else has tested the Bhaal in this way recently and decides to comment.

experimenting with a Bhaalgorn sniper setup on the test server

Last mirror on Singularity, I could fly the bhaalgorn and made a mega beam fit that would fit your needs and yes the web bonus helps for everything small at closer ranger or anything big to keep it where it is.
And you still have a nice drone bay in case you are in dire need to get rig of that one frigate that keeps you from leaving.

The snipper Amarrian battleship is the Apocalypse. It works fine for Level 4 missions - the usual “watch your cap and their ranges” advice applies.

I normally carry both the appropriate advanced crystals, then sets of Navy Microwave, Navy Standard, and Navy Multifrequency to give me the ability to increase damage as enemies approach. I’ll normally take a set of T1 Multifrequency crystals as well just to have something cheap for demolition work.
If you are short of cash, use Amarr LP to buy the Navy crystals. They are worth it.

You want to be selecting the crystal so that you are using it at (or just inside) optimal range. Fall-off for energy turrets is a bit sharp. It is worth knowing the optimal for each set you carry and writing it down for reference (remember the tracking computer changes optimal).

The Abaddon can do missions but is mainly a fleet brawling battleship (where it is excellent 1,000+ DPS and monstrous buffer tanks), but I’ve ended up chasing targets around plinking at them with long range crystals and watching the capacitor disappear.

Ok, I’m back in town and I’ve had a tinker with fitting up a Bhaalgorn as a sniper. This isn’t a ship I’ve looked at closely before so I’m not entirely happy with this fit.

617 dps at 99 km falloff with optimal range script and without drones, 772 dps with 5 Hammerhead II’s (84 km drone range). The dps isn’t anything to brag about, but this looks like it can work in most L4 missions. It would probably struggle a bit in missions that have a high rat count.

3 and a half minutes of cap. I’d prefer a microwarp drive rather than an afterburner but that gets a bit hard on the cap and would need a cap booster instead of a cap battery. Drone bandwidth is 100 mbit and I generally don’t like heavy drones without a Drone Nav Comp for the speed boost so no heavies in this fit.

I’ll try some comparison fits with an Apoc later to see which looks better, I have other things to do right now.

Yeah… To be honest, I don’t think this fit would be truly useful, and there are better options with a similar price to the Bhaalgorn

As much as Blood Raiders’ hulls looks good, there bonuses are more turned toward PVP, as neut and nosferatus are ineffective against NPCs, and the Stasis Webifier is only useful to kill frigates that managed to get close enough.

To stay with Energy Turrets, Nightmare would be a good choice, as I have most of my skills in Shield tanking, but the capacitor could be troublesome. There is also the Nestor option, if I train a bit in Drones.