It has nothing whatever to do with being a ‘quitter’…in fact if anything its the game that quit the player.

Hmmm. It’s interesting to me that the ‘game quit the player’ isn’t ok as long as we’re trying to let newbros down gently, but when the vets come knocking to tell CCP the game is failing them they’re all entitled, ruining the experience and over privileged.

This guy is so full of crap…
1st) CCP has made things more expensive by the changes done to industry.
2nd) Prices are not going to fall cause of this pack.
3rd) I wish he had the balls to post here, im not part of some brigade… I am part of the playerbase and this CCP interference in the PLAYER economy with packs like this is bullsh!t
4th) He needs to grow up get or buy a brain, or just plain STFU cause he has no clue what he is talking about.

Me personally, i have no reason to play this game except for the those playing alongside with me. I can take a brand new player Day 1, teach him/her how to play, flying alongside that player, whom never heard of EvE before starting up, get them Omega’d in 33 days and making their 1st billion per week half way thru the next month… Ive done it already, so i know how to train a newbie. Not my fault some of them finally got into hardcore PvP, went to losec, got tons of kills and eventually got bored.

something something Carnage…that his character name? I hope you see my post, you Sir are stupid with no clue what so ever how the player economy works or what affects it!

thx for spam it to jita, i didn’t even know about that BS they are doing. If they consist with that “pay to win” or “pay to broke economy” things i definetly will quit the game for good. Such a shame

This is false. Luck is a factor, but your first days are not just some uncontrollable force that either blesses you or curses you and you are absolved of all responsibility.

‘Responsibility’ is meaningless if a person doesn’t know what they are actually doing. For example, I attacked an Autothysian Lancer with my Venture on day 2 of being in Eve. All the other ( Serpentis ) npcs had been a piece of cake to ward off…so I saw no reason why this new npc wouldn’t be too. Well…within a second my shields were down to 25%, and I only just got away.

Likewise, my choice of mining in Ethernity was luck. I had no idea what the 0.9 at the top left of the screen was all about. Two systems in the other direction and I’d have been in 0.5 Aurcel. Sure, I grasped that it was ‘security’ status…but had no idea about Concord response times etc. I’d never even heard the term ‘ganker’ at that stage.

The point is, responsibility is only meaningful if you actually know what you are doing. It’s a meaningless concept if you are stumbling in the dark, still wondering ‘what does this button do ?’ and you have zero idea about Local or d-scan or are blissfully unaware that you even can get a ‘free corvette’ at any station.

And as a new player to a game, just because you don’t know very much, that doesn’t mean you’re still not in control of your ship and choices. Even if your operating from a place of ignorance because you’re a new player.

Luck is warping to a belt and a shadow serpentis initiate warping in, not warping out when you get it to low health, and then dropping a hundred mil energized plate. Ignorance is not knowing that blinky red catalyst isn’t there to rub exhaust ports with your poorly fit retriever and then warp away with rainbows and butterflies. As far as addressing ignorance, see the part about finding people to interact with.

Look, here’s the deal. You’re set on attributing everything that’s ever happened to you to some force beyond your control and everything you didn’t know as someone else’s fault for not holding your hand. You can choose to play Eve like that if you want. But if you do, you are actually playing Eve wrong. I know the meme, ‘it’s a sand box there’s no wrong way to play it’ but yeah, that’s the wrong way to play it. And since that’s the way you’ve chosen to play, good luck, I’ll agree to disagree and go on with my life.

I don’t regard sheer luck as an ‘achievement’. The first days in Eve are down to pure luck.

Do you honour the achievements of others? That is a choice we each make individually.

Capsuleers,
We hear your concerns about the Prospector Pack.

As all EVE players know and remember, being a new pilot in New Eden has many challenges. Some players are lucky enough to make their way into player corporations quickly, where they are shown the ropes and supported by our veterans. For others, however, this path can be hard to find or feel intimidating, so they go it alone. We’ve spent much of 2020 and 2021 devoting resources to researching these players and trying to find ways to help them through early content barriers. Recently, we added a whole new chapter dedicated to mining in New Eden to the New Player Experience (NPE), as well as a new tutorial on Invention and T2 Production to our regularly updated EVE Academy.

Part of our experimentation in the new player journey has included the introduction of various packs and sales that give new players strong but limited options to jump forward and catch up with their peers. The destroyer-themed starter packs showed that there is not only an appetite for this kind of option but that these pilots transition into bona fide EVE players; they have aspirations, desire to interact with others, and contribute to EVE’s thriving ecosystem – they become tenured and impactful citizens of New Eden.

The prospector pack expands this concept to offer a more significant upgrade for young pilots in theme with our updated Mining NPE. We hear your worries about the continued escalation of this kind of sale and want to reassure you that our design will remain directed towards new players finding their footing in New Eden.

Economic impact and the integrity of the player economy are a top priority. We have limited this pack to one per account and are closely monitoring its effect on the player market. One of the topics for Fanfest is a new project that we’re in the middle of developing, that will transform these and any future packs - a paradigm where packs of this type will be supplied by players, ensuring that any ship we offer to new players through sales, will have origins from actual player work in New Eden: Made for new players, by veterans. This feature will also not only supply each ship from the player base but allow the community to influence which ships will be put in these packs. Additionally, the CSM will now have a quarterly meeting to discuss specifically these types of packs and other commerce topics. Not only to be in the room and have discussions on future packs but also to share feedback that the community desires.

On that note, we have removed the Prospector pack from secure.eveonline.com until this program is in place, intending to introduce a career-entry level option for mining in the future.

By supplying ISK in exchange for PLEX bought with Terran credits, does one not become a cog in the P2W machine?

And that’s a good point. Plex is definitely P2W in nature, yet I accept it. So, what gives? 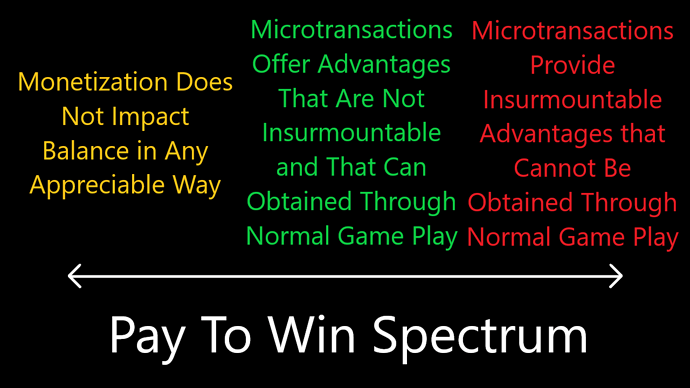 TLDR: All P2W is not equal, and Eve is still a skill based game. Thus, I have some tolerance for some P2W (like subs and plex).

Oh thank goodness, you were doing it out of the kindness of your hearts to help the new bean along… For a second there I thought you were being greedy!

I showed a new player this pack and he quit on the spot. On top of that everyone knows pushing new bros into mining is a sure fire way to increase your turn over rate.

One of the topics for Fanfest is a new project that we’re in the middle of developing, that will transform these and any future packs - a paradigm where packs of this type will be supplied by players, ensuring that any ship we offer to new players through sales, will have origins from actual player work in New Eden: Made for new players, by veterans.

is this some kind of sick early april fools joke ?

Isn’t that what the market is for?

Not good enough, if anything your statement only but confirms a doubling down on everything wrong with this…

t. One of the topics for Fanfest is a new project that we’re in the middle of developing, that will transform these and any future packs - a paradigm where packs of this type will be supplied by players, ensuring that any ship we offer to new players through sales, will have origins from actual player work in New Eden: Made for new players, by veterans. This feature will also not only supply each ship from the player base but allow the community to influence which ships will be put in these packs.

Like when are they going to get ,give me a corp/alliance logo and i will pay real money for it no rubbish ship fits.
That would be nearly 100% sale = profit from every eve player \o/ 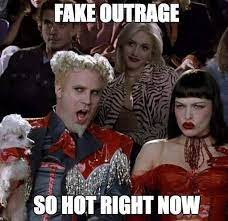 ensuring that any ship we offer to new players through sales, will have origins from actual player work in New Eden: Made for new players, by veterans.

So, exactly like buying it ingame from the market, in Jita, which you could point new players to but don’t in any noticeable way?

This already exists for every player in this game, old and new.

It’s not rmt if ccp does it silly goose

Can we come up with a way for players to scam newbros out of RW cash and just pay CCP a vig?