An Open Letter to the Amarr Empire

Over the last four months, there have been a number of escalating incidents. Violence and chemical attacks against innocent populations of ethnic Minmatar, in the Republic, Empire, and Kingdom, have made an already tense situation even more so. Blood Raiders, including some in the Khanid power structure, have played various forces against one another. The Empire, the Republic, capsuleers loyal to each, and even those whose prime concern is only for the victims, not the politics, have been pulled into an ever-widening spiral of violence. These tensions have not only been between factions. Loyalties have been called into question. Duties and honor-bound devotions strained.

Through all this, questions keep arising: Who is ultimately to blame? How can the attacks be prevented? How can they be countered? Is there a way to protect those who are most at-risk? Will this lead to a second Rebellion? To war? Some have asked these questions fearfully. Some eagerly. Some, even, as a purely academic matter of cosmopolitical interest. As the latest round of conflicts and tensions unwind, I find myself with another question, one which must be posed, not merely contemplated. It is my sincere hope that careful, thoughtful consideration will be given it, and responses will follow that truly embrace a spirit of open, honest communication. And so…

That’s a shame. Not getting enough sleep, or just a lot of stress?

For the love of gods, Arri, what now?

She’s trying to get free intel and fresh statements of intent to exploit and pick apart.

What? I’m taking an interest in their lives. I’m told it’s a good way to form bonds and make connections.

She’s trying to get free intel and fresh statements of intent to exploit and pick apart.

I’m certainly not. It’s hard work building a loyalist paramilitary in this day and age.

No, but other avenues have presented themselves.

I mean, come on now.

I’m certainly not. It’s hard work building a loyalist paramilitary in this day and age.

But who or what they are loyal to.

Now That is the question, Samira, is it not ?

Amarr is to blame.

Weakness has beset its ranks. The faithful cower and wage a war of self destructive placation with their escaped possessions.

They have forgotten the old ways. Of Ritual and Sacrifice. The insipidness of mediocrity permeates our faith, this brutal blandness force fed into our members by the bureaucratic overreach of a minor organ of the faith that has the ignorant believe its rulings are dogma. Yes the Theology Council is to blame.

The rest is but acting as it does in response to their heretical misrepresentations throwing out the balance of faith that makes the Empire strong.

Crush those who weaken us. Serve the ascendant. Collect. Harvest. Continue the Great Work.

120 YS a year for us Purists were sacred. We celebrated the a nniversary of the coronation of Jamyl Sarum. But unfortunately the holiday was almost spoiled due to the Blood Raiders who were abductors of our Tarot cards. There were those capsuleers who helped return all our Tarot cards and fireworks (which were defiled by blood raiders).

And then 121 YS year came and our patrols again begin to hunt for Loyalists in the FW zone. 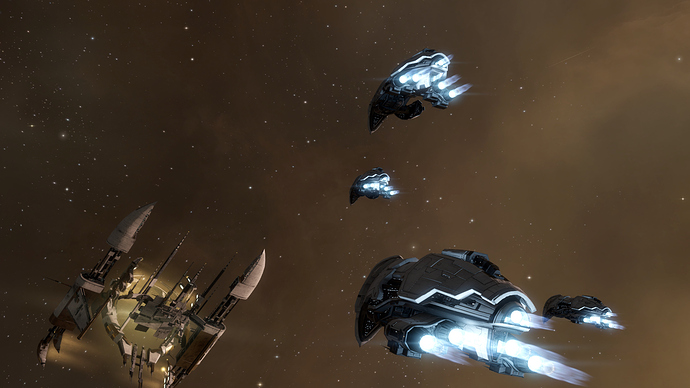