Anyone else feel something brewing?

Now, far be it for me to claim that things aren’t in a constant state of flux in the State and the galactically northwestern border regions, but I’m sensing a build up of… something? I don’t know. I’ve been hearing rumors from some of the extra-legal associations I have contacts in. It sounds like they’re getting ready for something. Smuggling is already a big thing around here, but I’m seeing more things moving to more places than normal, and a lot more hush-hush. And then we know about that whole conference in Jita coming up. Plus, that Feddie pres is taking her little walk-through of the State sooner or later.

Yeah there’s been this whole Guristas spying debacle going on, but it doesn’t feel like that’s what’s causing all this, at least not entirely. You didn’t hear it from me, but even the Boss is hinting that we should tighten things up, if you know what I mean.

I don’t know, things just feel tense again. Wondering if anyone else senses it.

As someone with a “hand on the pulse” for some time, yea, I think something’s up in international politics. Could be “only” the rumored trig diplomacy or the smuggler issues that have been brewing slowly for some years, but don’t know. Everything since the EoM incident has felt like bombers in a holding pattern or the calm before the storm.

What I see is:
The State again invents something advanced, and the less developed to actually invent it themselves and coward to contest and fight for it, simply steal it. And now those who don’t deserve it have it as well.

The tension before the coming of the True Emperor and the filling of the Vacant Throne.

The Guristas are clearly planning to scoop my DK 38 Special line of dominat…ing footwear. 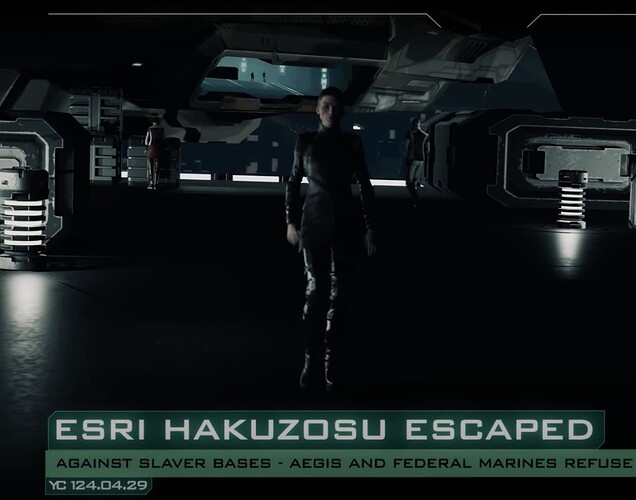 Watch out, Flavours. They’ll be coming for your defective love rod business next.

Eh, the Guristas spying debacle is, at this point, pretty much baked into the State’s Cost of Doing Business analysis, so I think you’re probably right to dismiss that. The ‘improved’ capital construction methods likely amount to nothing more than trimming back some of the over-engineering recently introduced by one of CONCORD’s push-updates on hull specifications. Anyone with half an eye toward capital production could see that those ‘improvements’ were minimally-effective at best, and included a lot of redundancies that just aren’t necessary at all.

As for anything being ‘up’ between the empires, or in the northwest in general… yes. At the risk of giving things away, old friends in the Black Hand seem to think there’s a lot more chatter than normal, and members of the Clan with the RSS who can’t discuss things ‘for security reasons’ seem… particularly guarded.

Like Else, I can’t say exactly what is coming, but it feels like something’s about to break in the next 2-6 months.

Did you just imply I have connections to Angel Cartel?!

The tension before the coming of the True Emperor and the filling of the Vacant Throne.

Well, it’s the State, so if we want to speak about vacant positions in the State, it should be rephrased something like that:
“The tension before the coming of the True Executor and the filling of the Vacant Office”

Did you just imply I have connections to Angel Cartel?!

Any insinuation the True Executor of Mankind’s Ferocious Fist was affiliated, in any way, with that… that… that rabble would be preposterous, darling!

No one would believe it for an instant.

The DK 38 Special footwear line is intended for use by professional… life coaches who employ dominat…ing techniques to bring clients to heightened states of physical, emotional, and spiritual awareness by delivering swift kicks to fleshy rumps, or occasional boots to the head when some simpering john needs to be reminded how to grovel.

That hussy Hakuzosu clearly intends to slime her way into the market by marching dramatically across a poorly illuminated flight deck in bunny boot knockoffs.

It’s one thing to know how to sneak around in the dark stealing starship schematics, but quite another to know how to work the knots out of a client’s back with carbonized rubber heels. Or to reacquaint fearful nipples with…

Well, you get the idea darling. No Angels here!

Think the Empires would go to war again? I wouldn’t put it past them. And I don’t for a second believe the triangles have anything other than a setup in mind; gotta get behind someone before you can knife them in the back.

I’m stocking up right now, conflict always brings prices up, and there’s definitely profit to be made filling the supply chain gaps.

Think the Empires would go to war again?

Blast it, darling, you may be on to something. A little black butterfly landed on my finger the other day and giggled about the Tribal Confederacy winding up for another swing.

I would be such a fabulous war time president. No one stands on balconies with their pet lycanthropes as well as Amarrian nuns, smiling enigmatically, waving to throngs of adoring supporters as they chant, in unison, for bellicosity and war profits.

“Don’t cry for me Atlangeins! The truth is I’ve so much more to sell you. Iridium blaster pellets. Light missile launchers. Multi-spectrum. Shield hardeners.”

The gas from all the quafe i drank earlier. It is brewing indeed.

Executor Akimaka Saraki has, to an outside observer at least, made an amazing impression it is truly sad that you seem not to recognise this.

I hope I have misunderstood your statement.

I have always thought that an alliance between the two would be most welcome however this I can say is not what I had in mind.

But lets not cloud the matter too much this allegiance is not of loyalists it is of disreputable pirates and terrorists.