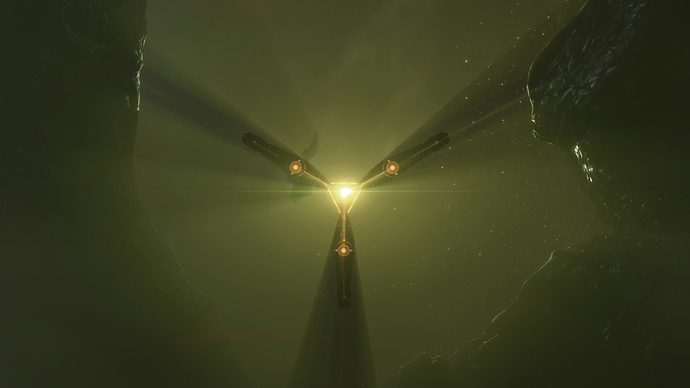 Please use this thread for general feedback and reporting known issues with the Mac client.

he April release brings a whole host of balance changes to New Eden including long awaited tweaks to remote repair modules as well as balancing across a range of capital and subcapital hulls and modules.

In addition to this, the April release will see the next iteration on the war declaration changes, which includes the removal of neutral remote repair assistance, in preparation for further changes as we roll toward the summer.

There’s also a large bundle of quality of life fixes and improvements coming with the April release, so be sure to check out the full patch notes for further details on what’s been deployed!

After the patch, my minmatar ship was nearly invisible in minmatar stations. I thought the patch was meant to improve station lighting and contrast, but the minmatar didn’t seem to get the memo. Also, a never before experienced crash happened after the patch while warping to a headspace pocket via acceleration gate. A few objects in the pocket appeared as multi-colored ovals, and the screen/game froze. After force-quitting the wine-app, I logged back in and the game would not progress from the character selection screen. It only worked again after restarting my iMac. I then cleared the cache for good measure and kept playing. I haven’t been able to reproduce the problem.

Launcher crashes after each game launch. There are separate threads for that.

And, after a couple of hours of playing:

Nothing obvious logged in console.
.dmp files appear to be created in the CCP\EVE folder, if CCP are interested?