yes but unlike arc today we never lied about us

Really doesn’t counter my point. Imagine if the Trigs get whatever it is they’re wanting out of our tiny little cluster and just… ■■■■ off. Without you. Do you think your choices will be forgotten?

The thing about betraying your people is you better ■■■■■■■ hope you win.

Those systems you have stolen from us are and remain the sovereign territory of the Big Four. You are merely temporary occupiers. Squatters. Criminals that try to air the aura of legitimacy but are unable to prevent everyone from seeing your true odious nature.

There is little more detestable than someone who would willingly swear allegiance to such an alien force as the Collective. Even more so for an individual that was in Federal Service, responsible for upholding the Constitution and in the fundamental protection of life itself. Then again - you were former Ostrakon. They hire all the crazies and degenerates that are unfit.

You may have forgotten the promises you made to the people of the Federation, but the rest of us have not. For someone such as you, I hope you get the same treatment as Admiral Eturrer. In fact, I wish for the honour of taking you to the river myself.

May your spirit forever be tormented in your husk of a corpse, when it is your time to face your ancestors judgement.

This is what was inside Zoe Anetto’s Tayra, make of it what you will. My crew did not find anything similar in any other transport wreck, excepting shield hardeners. 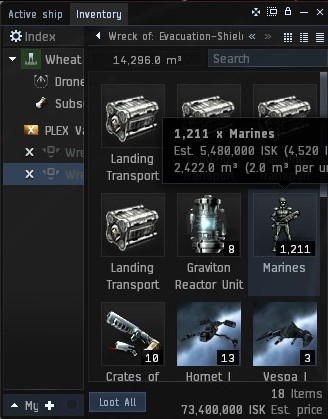 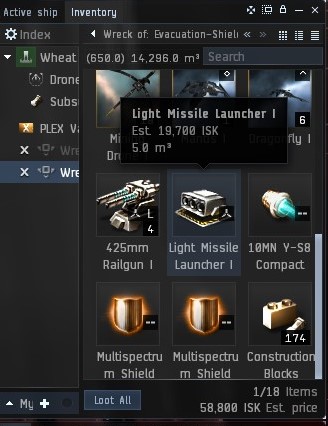 We never a part of people and since we get pochven, we win

Investigations continue. It seems the pilot involved was indeed acting on their own volition. Blind nationalism from the Caldari, of course, a tiresome and natural explanation. How entertaining that their actions, intended to help their people, have only further ensured that the people of Otela today (and of the other systems of Pochven on other days) will remain exactly where they are.

Indeed, I pity ARC for suffering the annoyances of this sort of reckless nationalistic pride.

And we have to believe that ARC were truly innocente about that ?

… flying ships full of marines and resources for occupation …

Either someone had the bright idea of fortifying the resistance or the pilot was a hostile plant. The rush to judgment of ARC from kybers generally says a lot to me about who was responsible. So what was the plan? Invite everybody in, then this kind of unlikely “wormhole cop” person detects-- gasp!-- CONTRABAND aboard one randomly-selected ship, giving the obvious go-ahead to hit all the others as well before they can escape?

I mean, gods and spirits:

I certainly thank you for the ease by which my agents were able to infiltrate. . . .

I TOLD YOU SO.

You did. You did indeed. How tidy!

You must have been worried ARC would call the operation off after Intriguerre put its oar in.

Blaming ultranationalist patriotism, an excuse as old as time itself.
The simple truth is that EDENCOM aligned forces attempted to invade Pochven under the guise of a “humanitarian” mission. They do not even try to lie about the intentions any longer. All they do is pass the blame for their failed operation.

Hey guys what’s going on in this threa-

This is just far too strange and crazily twisted.

Let’s summarize a bit. From roughly the way it started. I am not connected to Neocom, so if someone wants to do a more detailed summary, welcome.

So, at a point in time we discover a way to enter fields of space we never knew existed. Drifters lead us there, cause they seemingly were the first ones to get there, according to the records ARC and associates found when clearing the Drifter deathballs. Then the Triglavian ship appeared in Yulai. Then filaments were “seeded” into existence - a means to enter the Abyss.

Later on it became apparent we have been invited in a test maze by the Triglavians, so they can taste our combat prowess, proving, call it whatever you want.

Then they INVADE the most vulnerable and peaceful parts of known space, start to tamper with stars, violently turning them into the so called liminality, so that they can bring the hellish environment they usually live in to the invaded systems.

EDENCOM is formed two sides of a conflict are present, the other being the Triglavian Collective. They, by the way, start recruiting capsuleers into their fold, luring them to BETRAY their home worlds and fight against the empires, just out of spite or for fulfilling some opportunistic goals, coupled with a promise of glorification.

Trigs manage to take a bunch of systems, despite the fierce opposition from empires and EDENCOM supporters and Pochven region is formed, severing the systems from known space network, populations vulnerable and stranded, suffering.

Then, when a rescue operation is announced, Trig supporters call this “Invasion”. Can you sense the absurd here?

Even if the rescue operation was planned as an intrusion with full armed forces, it would be justified. You don’t go in a violently occupied territory just begging the actual invaders to peacefully comply. How can they be trusted?

Then a pilot changes the fit and cargo of the provided rescue ship, seemingly on their own accord, and they start screaming “Here, you see? Invasion!!!”

But this is all too twisted.

Those of us here in Pochven have seen the truth and been Proven. We have always known EDENCOM and ARC harbored hostile intent. We welcome opportunities for further honorable proving. All we have ever asked is for honorable and honest combat, rather than the lies and deceptions we have seen. Extirpation awaits the unworthy.

honestly, i am done with ARC and their lies
By the right of conquest the people in pochven are under our laws, not yours, be glad we still take prisoners, next time they might return into an ash box

The empire as sided with the Drifters, the Drifters are the enemy of all human kind. The system we live in are the system where the Jove and Triglavians originated from (the ancient domains) so we live on borrwed space. It was always theirs to take back.

I attended the Arataka Research Consortium Fleet and assisted in the evacuation of civilians trapped on numerous Planets in Pochven. By happenstance, I was in charge of evacuating civilians from Otela I together with Zoe Anneto. Or so I thought. Zoe’s ship was destroyed before mine. Soon afterwards, my ship was attacked, destroyed and I woke in a new clone.

Unfortunately my ships’ black box is damaged. Fortunately, I was able to recover it. It is currently being transported from Obanen to Amygnon, the EVE University Headquarters. This is where I’ve got all the equipment and staff required to extract the sensor data about the Zoe Anneto incident.

I’m willing and more then happy to provide any and all data, as it becomes available, about what happened during the Fleet. In the coming weeks I’ll be submitting a full Report about what I witnessed.

The subversive acts committed today must be answered for, and those responsible seen to.

Nevertheless, we are working to gather the scattered survivors pulled from the wreckage, and intend to see them returned to wherever they came from alive and unharmed. The other equipment will be retained as evidence until we can sort this all out.

In this time, when there are many questions and few answers, it benefits us all to think clearly and act with our best judgement.

And I am speaking for the Grooth clan who are counting 80 billion citizins in New eden most of us working on planets slaves to the empire corporate dictatorship. My brethren that are now in Pochven have better living condition then with the empire (a specially better then the Amarr ever gave us Minmatars) No one here want to go back to corparate slavery.

A lot of new faces cropping up, claiming to speak for this group and that. Bandwagon much? Seems shockingly too convenient.

I only speak up when I have something important and relevant to say. It is my responsibility to offer solutions. Best to leave the rambling, posturing, finger pointing, and chest beating to the experts.

I am one of two diplomats for Kybernauts Clade, Celltear being the other.