[ARC] Important communication to the people still stranded in Vale

This is a message directed at the people who are stranded in the system of Vale. I request that this message is broadcasted repeatedly on all channels in the systems of Vale.

“To all the people who are currently stranded in the system of Vale: you have not been forgotten and preparations have been made to evacuate as many of you as possible. Facilities to help evacuate people into space have been constructed on all planets. Please find the nearest facility and prepare to travel to it. A freighter and shuttles are standing by to rescue and evacuate as many people as possible; both from the planets and from stations and structures in space.

On the 29th, starting at 1900 NEST, The Arataka Research Consortium will move the freighter and shuttles into the system of Vale, escorted by a capsuleer fleet. The escorting fleet will engage the Triglavian forces to create a safe escape route in space to get you out safely.

To all the people of Vale, I am the fleet commander of ARC and I am here to say you are not forgotten and we are coming for you!”

This is going to be the first of a series of operations to rescue as many people as possible who are still stranded in the systems that have fallen to the Triglavian invasions. ARC has contacted several organisations for help already, but if there are capsuleers or organisations who wish to help please contact me so I can further organise the operations.

Watch out for the Triglopods.

As long your escort fleet is not EDENCOM we will ignore you.

((@DutchGunner ))
Mr. Gunner I can recommend to contact Ms. Lauraliteas she is still smuggling supplies into the systems and to the stranded people of Vale.

The triglavian ships will NOT ignore your escorts. Stealth might be your greatest advantage.
There are no Kybernauts in Vale, they abandoned the system to their Triglavian masters after Final Liminality.
At times like this there is not a single capsuleer to be seen in Vale at all. Sigh…

There was nobody in vale even before final lim

This is an update to answer questions that I have received. 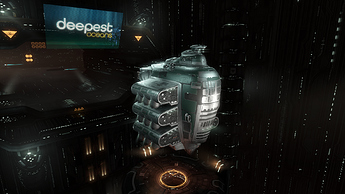 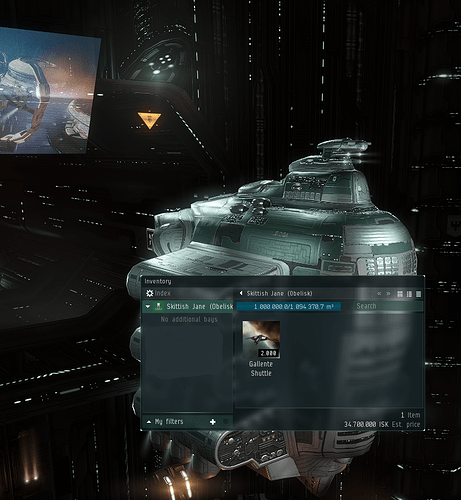 Wouldn’t be better use a charon, since it have the largest base amount of cargo space ?

The Charon can drop those shuttles

yeah, use that, the gallente freighter have less space

The Kybernaut representatives have offered to escort the freighter into Vale to a safe staging location. They also offered to assist with helping to quickly recover people who want to leave and get them to the freighter. They stated that this would lower the risk of the effort coming under attack from Triglavian Invasion Forces and Kybernauts not aligned with their particular coalition.

ARC could not agree to this offer, however, as it would not guarantee that there would be no attack from either Triglavian forces or pro-Triglavians. ARC was also concerned that people would not want to board rescue vessels, out of fear of reprisal from Triglavian forces if there was no military fleet supporting the extractions, resulting in people remaining behind even though they wanted to leave.

Kybernaut representatives were concerned that the humanitarian mission could be used as a cover to smuggle troops or military equipment in, or result in the escort fleet actively hunting and engaging with Triglavians forces. They also voiced concerns with possible orbital bombardments being carried out.

ARC understands these concerns and made it clear that they would submit to cargo scans on the freighter and have Kybernaut observers be present during the humanitarian mission. The escort fleet is there to ensure the freighter and the shuttles do not come under attack. It would not engage Triglavians or pro-Triglavians unless fired upon.

The Kybernauts could not agree to this offer as it would likely result in combat between the escort fleet and Triglavian forces, due to the current Triglavian response towards those that are not pro-Triglavian. If this is to happen, the Kybernauts will come to the aid of the Triglavians.

So, as it stands, the talks reached an impasse as there was no common ground we could reach, aside from the fact we wanted all the people wishing to evacuate to be able to do so safely. While the Kybernauts were willing to accommodate the humanitarian mission in Vale, we could not come to an agreement on how best to carry out the mission to the satisfaction of both parties.

I am sad to find my Triglavian comrades and the Consortium were unable to negotiate a compromise… I do believe collaboration would best secure the lives of the planetbound.

I will be in Vale. My deepest hope is for peace, and to permit the citizens to decide for themselves if they wish to remain in system.

I will stand prepared to turn my disintegrator against any vessel, flying any flag, that attempts to interfere.

This is not a matter of politics. Those people are not our enemies; they deserve the right to choose Glorification, as we did… rather than to have it thrust upon them by immortals from above.

And sadly there are those fools among us who will inevitably try to stop this effort because of their blind worship of the Triglavians. I wish I could say we should purge such scum who would interfere with humanitarian relief because of their belief in something they do not understand, but as it stands they are a necessary evil so long as they are useful.

I shall also be in Vale with a similar purpose. Hopefully, we will not see conflict, but I fear we will.

Thanks for the heads up, fam.

I got brought into Vale though a request of a retired Capsuleer settled on Vale IV needing eyes in orbit of the planet.

He wanted me to get scans of his landmass, but took the oppertunity to get captures of other population centers across the planet. 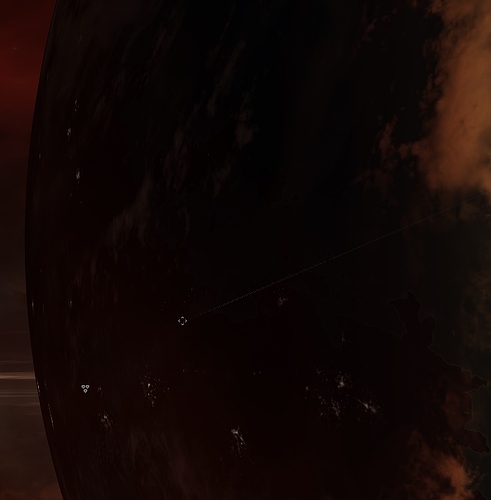 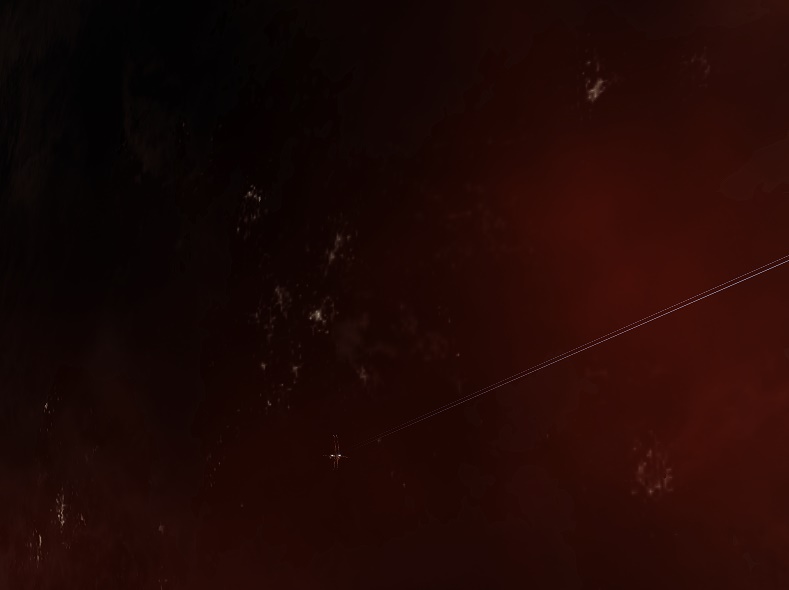 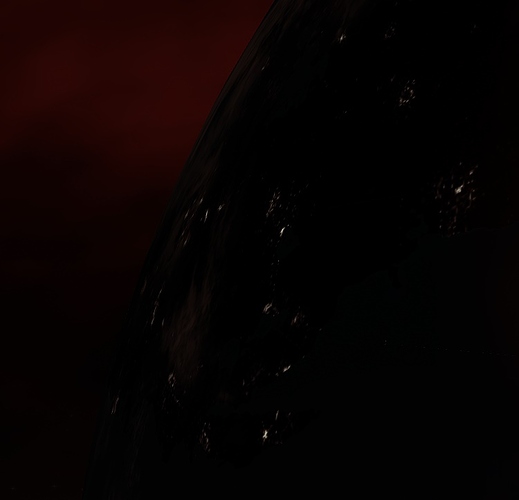 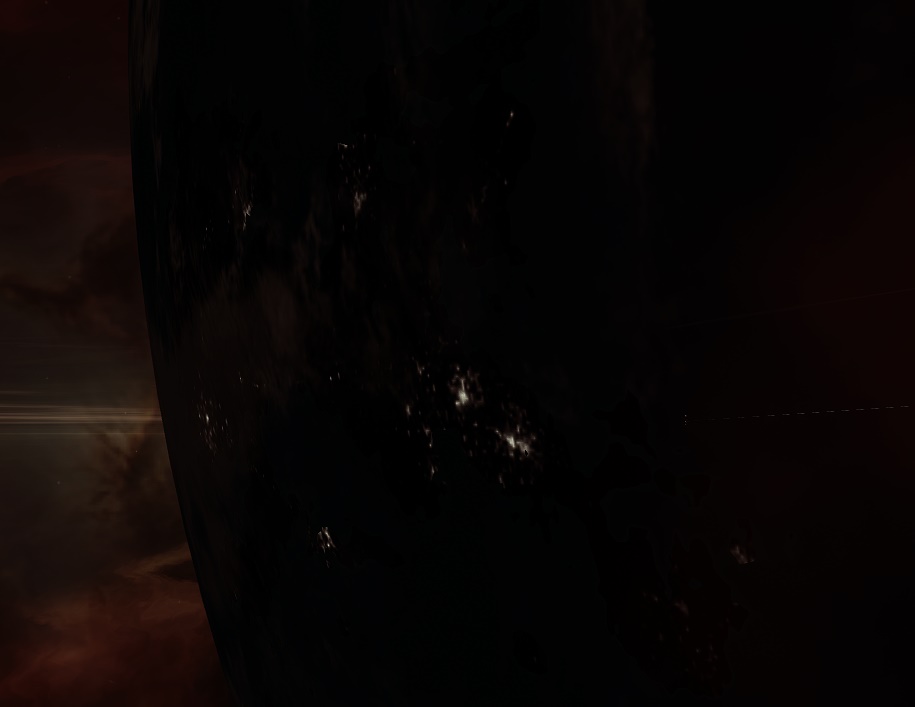 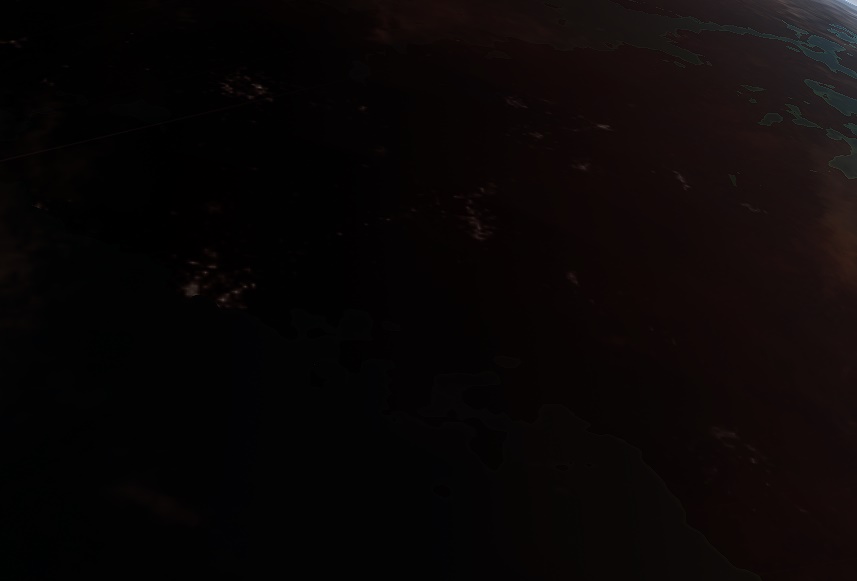 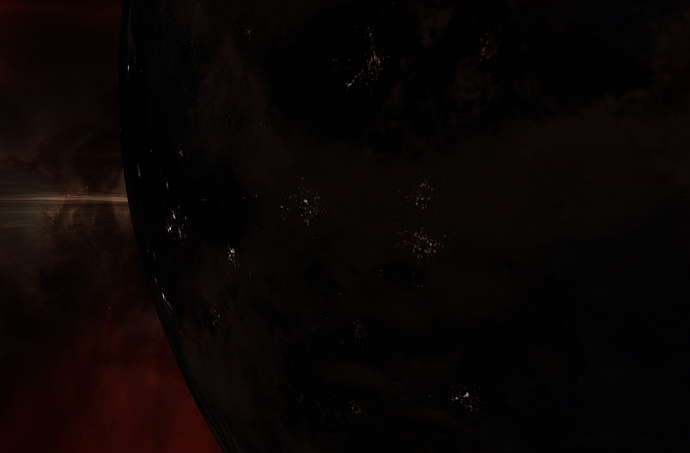 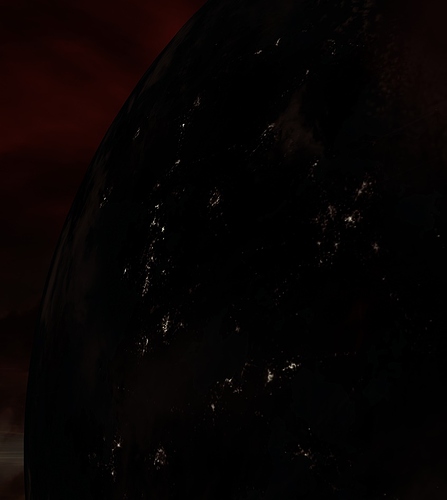 This last scan in particular seems like the heaviest concentration of the planet’s population. Then again, I’m assuming there are power outages on the planet due to the conflict going on, so it’s all intel that should be taken with a grain of salt.

Sharing hearing in hopes that maybe it can be put to use in evacuating people.

The fleet has safely arrived in Vale and is starting it’s operations. So far we have not encountered Triglavian or pro-Triglavian forces.

Our fleet will continue to provide protection while the shuttles are doing their work of picking up refugees. ARC will not open fire unless fired upon.

When Castlemon came under attack the kybernaut fleet redeployed to take that system instead. From what I heard over the comms of the pilots waiting for the fleet commander to give the jump order, I do not doubt that someone would have disobeyed orders and opened fire as a number of them were clearly itching for a fight and audibly salivating at the thought of destroying a freighter. I am appalled said people were allowed into the fleet in the first place and do not intend to join the initiative in any other instances where they will be watching a humanitarian relief effort.

The shuttles have reported that they are arriving at their pickup locations and are receiving refugees.

The Kybernaut fleet that was formed to oversee this operation was unfortunately called away as the Triglavian forces in Caslemon needed our aid. As I understand, this has also avoided any skirmishes between our two groups, for which I am grateful. Although I speak not for the Collective, I send my best regards as you attempt to evacuate the poor souls who are caught in the middle of this conflict. We are not the monsters that many see us as, and do not wish innocent human lives to be wasted. Good luck in your endeavors in Vale, and I hope that both ARC and the Kybernauts have the opportunity to work together in the future.

May you be deemed fit to join the flow of Vyraj.

P.S. The individuals you speak of who were planning to engage the ARC fleet were not to be allowed to join the fleet proper, and the Kybernaut escort fleet FC’s will be made aware of this. Were they to have engaged you, you would have been well within your rights to have retaliated, and our fleet likely would have opened fire upon them as well. There is no place for that type of behavior to join the Flow.

The individuals you speak of who were planning to engage the ARC fleet were not to be allowed to join the fleet proper, and the Kybernaut escort fleet FC’s will be made aware of this. Were they to have engaged you, you would have been well within your rights to have retaliated, and our fleet likely would have opened fire upon them as well. There is no place for that type of behavior to join the Flow.

Query: Are you stating that if any ‘Pro-Triglavian’ Capsuleers interfere in Humanitarian Aid Convoys, that they will no longer be allowed to join ANY Fleet being Operated by Kybernaut FC’s, ever? Was this just a ‘one-off’ exception? Or are you just speaking this way in regards to ARC Operations? If this is just a statement of 'Oh, hey, we will just not condone shooting this one… it does not really say anything in particular about the Kybernaut cause. This is not intended as an attack of any sort-I am simply curious as to the scope of your statement.