As A New Player

As the title suggests I still feel I am somewhat new. I understand the basics of the game but anything beyond that, I am still learning. I completely lost faith and an interest in the game recently. A, a corporation apparently looking to expand and grow was scammed by the CEO. Long story short, billions of isk were taken, alliance and treaties destroyed and it was very hard to regroup and even survive as we became targets. So my faith in other people in this game has been tainted. My interest became lost when this new capsuleer day launched and after choosing smuggler, haven’t killed a single one. There is no information or clues as to how to go about doing these events. “Destroy smugglers”? Yeah sure, not by myself. And now that I’m not part of any corporation or have any back up, kind of hard. I lost numerous ships and spent a lot of isk and RL money to try and gain some type of edge…only to lose all I tried to gain. There’s no LEVEL IDENTIFIER for this smuggler locations. In World of Warcraft, I knew that something had a skill symbol, I was most likely dead. Red VERY hard, orange was doable. There is nothing like that here. At the same time, is everyone and anything a target and possible threat? I’m actually nervous to go out and say mine. That’s my feedback and suggestion…don’t misguide new players in thinking they can partake in your events. And don’t destroy hopes of making it amongst the stars.

I have moved you Post to the correct Category for you.

it is unfortunate that you had a negative experience joiniing a corp. typically that is where you get your best information in game. CCP is generally vague about anything they put into the game, however because they use the same events over and over, people generally know what to expect. It has been my experience that they forget that new players dont have this tribal knowledge and therefore suffer.
The game is complex and engaging which is why so many of us have been here for 10 years or more. i hope you find a better group to fly with . enjoy EVE

About the event sites, personally I prefer the data event sites in low sec, they pay very well and there is no NPC, only eventual real player trying to kill you.

Eve, by design, has few breadcrumbs and little hand holding. Its a game play style that isn’t for everyone. Part of the fun of the game is learning the unknown. its really different from most titles out there.

Some useful resources to look up missions at:

Missions - EVE University Wiki (note that this specific link is for missions but you can also look up event and other sites as well such as cosmic signatures, cosmos sites, anomaly sites and so on)

Also some quick tips for new players by myself: 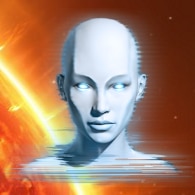 You’ve played the game less than two months, and been part of two or three corps. Don’t know how much ISK or RL money you’ve lost, but if it’s too much then you played without enough consideration for what can happen.

If you want to join a corp with no hassles, you can join mine. I’ve been playing less than three weeks and having a blast, though I only have a main player and two alts in my corp. I won’t ask anything from you, and prefer that you do your own thing. I can give you some stuff if you need something specific.

I also am not doing events or missions. Did a couple and they pretty much suck, in my opinion. I mine and invent things at the moment to build up capabilities. And make and sell things on the market.