If i were to put items in asset safety in null sec and push them to low sec, how can I tell what system they will end up in?

That thread is 3 years old. 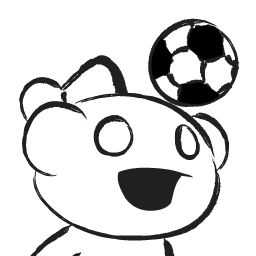 Indeed, although why the asset safey locations would change as the criteria used is still the same, That still doesnt answer my question, it just tells me the data i was looking at was old, which i knew

I think that’s a question for someone who’s a little more than a simple EVE player. Sorry for not having been so helpful.

If the asset safety locations changed since three years ago, could it be because the universe has had changes in that time?

We had the introduction of Pochven and a few new regional gates. That might have changed the interpretation of ‘nearest’ asset safety stations, if those things are dynamically selected.

Without a source to tell you up to date asset safety locations, you could maybe fly in the area of space you’re interested in, drop a piece of ammo in structures in every system and asset safety it.

I would expect that CCP changed it so they were all kick out stations. Sorry could not resist the opportunity to make a joke.

Still that does make it more hassle because it means more bookmarks and effort, you need the at 0 instant dock BM, the multiple instra undocks and of course safes to wait out gate camps and the like. I rather liked Faspera because they people camping it were so used to numbskulls that they could not catch someone like me who planned and knew what they were doing let alone that it had two exit and entry gates.

It is still a very nasty kick out station, so don’t forget to undock in a pod after you first log in due to the blank screen you get you will be out of docking range before you can do anything…

Sorry for going off topic, but I always found it amusing that most stations I ended up having asset safety end up in, were kick out stations.

The list is mostly correct. The problem is that it was read automatically and not adjusted for CCP round and actual low/high sec systems. For instance, lots of systems from Vale and Geminate would go to the Otitoh system because to the game that is already low sec because it’s under 0.49 true sec. But obviously it is still high sec and thus most systems instead AsS to Ihakana. For most other places the list is absolutely correct. The same CCP round is also the reason why contracts to certain places like Damalin or Gamis tell with the system security icon that it’s low sec while it’s actually high sec just because the system is a 0.4x true sec.

(funny that CCP still has not fixed this months after they introduced the bug.)

Without a source to tell you up to date asset safety locations, you could maybe fly in the area of space you’re interested in, drop a piece of ammo in structures in every system and asset safety it.