Alright, so i was playing around shooting enemies and such, and i happen to have a pretty fast ship. So i like to manage my speed all the time. I use the plus and minus keys on the numpad but the functionality isn’t so great. I figured out that the speed decreases or increases more depending on how long of a key press it is. But it just isn’t precise enough - EVEN for something that’s supposed to be a more quick and spontaneous moment of speed management.

Going top speed is also a little bit of a cumbersome act, too. The keyboard shortcut of Alt + Ctrl + Spacebar is kind of clunky. So let me present my idea. I’ve also provided an image of a quick graphic i made to better explain what i had in mind. Basically, pressing either the plus or minus keys will activate a marker which moves through the entire speedometer’s range - starting from whichever point it’s currently at - left or right (decelerating or accelerating depending on which key is pressed) and would then stop immediately after pressing the same key again. This would allow for a far, far more streamlined and efficient way of accelerating or decelerating on-the-fly. It’s not supposed to be precise. That’s where the mouse comes in. Clicking an exact point on the speedometer to set a specific speed. But you can get a far better estimation of speed this way rather than pressing and holding either the minus or plus key for an undetermined amount of time and expecting… well. You don’t really know what to expect. That’s half the problem with the way it works now. This new way will give players an actual visual metric across the entire spectrum of their ship’s speed. For example: Let’s say you’re at full speed. You press the minus key, the marker starts going down to decelerate from the maximum speed point (very right of the speedometer), then decide to press it once again at around the 3/4 way of the speedometer (75% velocity) and it’s that simple.

Also, i would like to suggest pressing either “-” or “+” twice in rapid succession to either stop or go full speed. I suppose the current shortcuts could be used still. But i’m very confident players will find this far more superior. This would also be less of a… err, finger twister?

Than pressing something like Alt + Ctrl + Spacebar. I reckon some players (perhaps a lot) even use two hands to preform such a keyboard shortcut. This would require one hand to operate guaranteed, and would also be far more easy in regards to muscle memory. Quickly reaching for the far right side of the keyboard and double tapping that plus button to go maximum speed.

I was hesitant to post this, as i wanted the player who suggested this to post it here but they haven’t gotten around to it.

Instead of pressing either - or + once to engage the pass through the speedometer, it is simply engaged when pressing either key, and then locked into that speed when releasing the key.

I would also like to propose a feature that would perhaps later be added to this. But this is NOT my primary idea here. Similarly to how we have alerts for damage to our ship that can be set. We could also have the option to add predetermined speed profiles for each of our ships. Say you’re flying a Condor with a maximum speed of 400M/S. You would like to add four predetermined speed stages. Stage 1: 25%, Stage 2: 50%, Stage 3: 75%, and Stage 4: 100%. This would of course be specific per-ship. But would also remain static no matter how the fit is. Perhaps that Condor had an Overdrive Injector? Your speed stages would still be those same 4. Except now without that Overdrive your maximum velocity would be 320M/S. I reckon something like this would be a toggled option in the radial menu showing ship HP and speed. How would this all work? Easy. Every consecutive press of either the minus or plus signs would bring you up or down in your speed stages. Overriding or toggling this feature as to not interfere with the main idea being presented could be a solution. Or, perhaps an even better solution would be to separate these two functions between the Numpad + and - keys and the primary + and - keys on the keyboard. 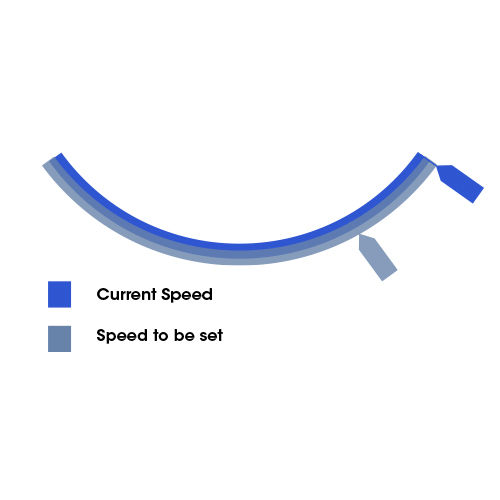 Imho better control of ship speed would be a welcome addition. The current functionality just doesent cut it.

Yeah. For sure. I mean. Specifically, in terms of the - and + keys, for sure. It’s literally like playing the slots. 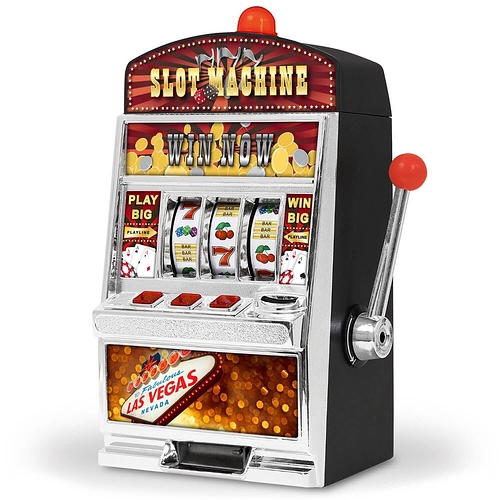 Why would his be useful or a positive change for gameplay? Being able to more precisely set my speed isn’t a self evident need,

I’m not even sure how to respond at this point. Are you being serious right now? Making a ship function far, far better than it is right now (now it’s next to useless) isn’t positive?

What else isn’t positive? Maybe saying a redesign of something that doesn’t function well at all isn’t useful or positive? Especially when it’s basically been spelled out in the simplest way possible? Anyone who’s used this has more or less deemed it useless. Or doesn’t use it at all because of everything i explained. I don’t know anyone who controls their speed using the + and - keys. Not to mention that the game is rather complex in terms of functionality overall, and more tight and precise ship control would only be better? Log into the game and try it yourself. Tell me how goes. “Self evident need”? What?

No I don’t see a self evident need. If I need to take a turn or something when manually piloting my ship will slow itself down, otherwise I’m tryin to keep my highest transversal speed available. I literally and actually can’t understand why you’d ever manually adjust speed, but I’m all ears if you’ve got a situation that makes sense.

I don’t know? If you’re close to falloff range - especially on one target - while kiting and you know it’ll save you a good amount of before you break that distance and can no longer shoot? Logically seems like a really good reason. I would otherwise do it by clicking somewhere on the speedometer.

But since that’s really cumbersome seeing as how the game is already in terms of control, this would work wonders. And again, this greatly improves manual speed control. And furthermore, if it’s so unimportant, then they should just sh*t-can manual speed control altogether. Because y’know, it’s so damn useless…