personally i would rather see that team expanding on things like the fob. cool to see harder ones start to pop up. it’s so nice to see pve added that you do because you don’t want something rather than because you are farming it. (well except the br ones)

I think CCP found a good formula for group PVE with incursions:

On the negative side, they’re predictable and would benefit from the new AI. Combine incursions with POV behaviors like attacking structures and camping station undocks and I think highsec gameplay would be a lot more interesting.

There needs to be a balance between group and solo PVE. Eve may aspire to be a social PVP game but, if we got to see the numbers, I suspect most of CCPs revenue comes from solo/small group PVE/industrial players. 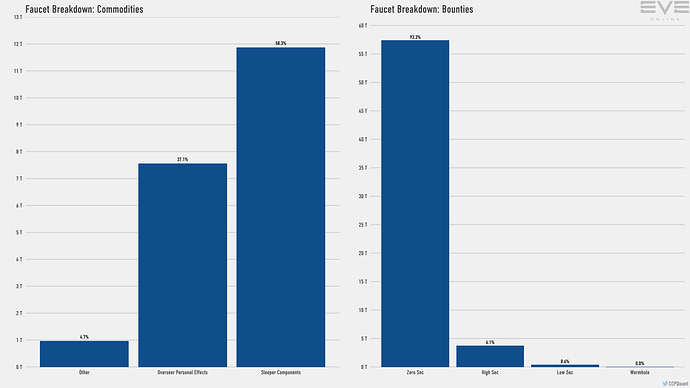 … imagine that the game rewards players who work together to hold onto resources more than wankers ratting with little risk in hs.

Eve may aspire to be a social PVP game but, if we got to see the numbers, I suspect most of CCPs revenue comes from solo/small group PVE/industrial players.

m8 there is a reason CCP is afraid to upset the nullbears more than any other group. that is where the majority of their revenue comes from. there may be more individuals bumbling around in large groups but its the ones out in null that are getting all the money into the pockets of ccp

burners are fast fun and profitable

For the most part, the nullbears are earning more than enough in game to PLEX their accounts - I was one for a couple of years. PVP players who aren’t interested in PVE or industry may buy PLEX from CCP to finance their gameplay but, I think you’ll find that highsec players contribute their fair share to CCP’s coffers.

I believe CCP should offer greater rewards in lower security regions of space but on average, a citizen of nullsec earns 77 times as much in bounties as a citizen of highsec - that I consider unbalanced!

a citizen of nullsec earns 77 times as much in bounties as a citizen of highsec - that I consider unbalanced!

Now I finally can see your balancing problem. No matter if it’s 77 time, 2000 times or 15 times. The risk in null certainly is not that much higher - the relation is off. This really might require some thoughts on balancing.

I think base missions can be done in BC.

Highsec is packed full of new characters too remember that when you talk isk/player gained.Also it’s got a large population of idiots who don’t know how to better their game.In null most people strive to be one up on their peers by geting bigger better ships to earn more and reach for higher goals.What use does the totally risk adverse highsec bear have for isk income similar to supercarrier ratting?-more officer mods on his badly fit golem or whatever,whereas the nullbear is prob trying to fund his titan alt or plex a small network of afk cloaking alts or get his Nth rorqual to build supers for his alliance.

If you don’t think big you get left behind.

Where in the world did you pull that number from?! 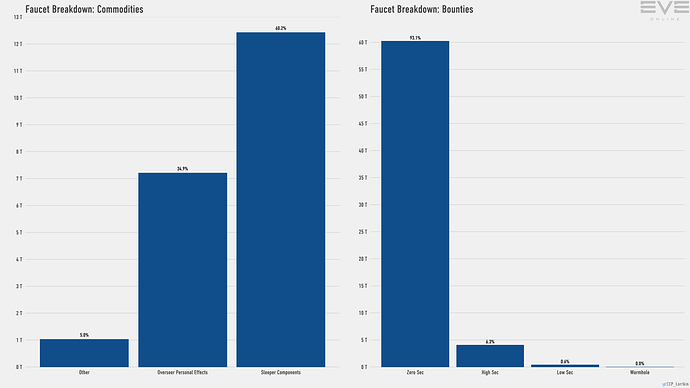 Population distribution is more problematic. CCP hasn’t published numbers (that I know of) since 2012 but I doubt they’ve changed much. 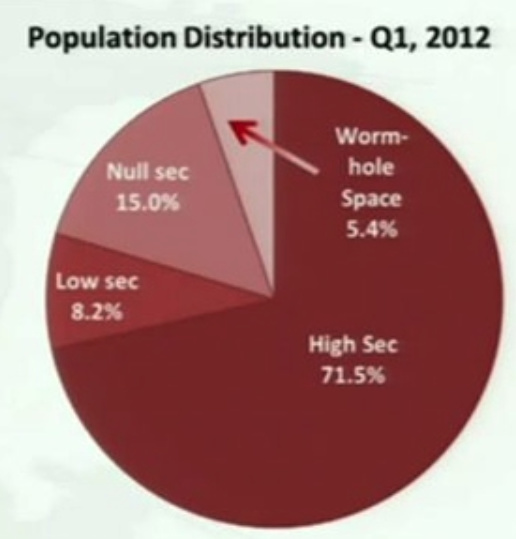 There are other sources of income in both regions of space and not all players in either region engage in activities that pay bounties - it just happens to be a number that CCP Quant provides that can be used to compare highsec and nullsec income ratios. I can see the per capita number for nullsec being 10 times higher than highsec - but not 70 times.

That’s what I thought you did.

Now run your numbers for HS-LS. That should give you a nice hint why your analysis is wrongheaded from the get go

Obviously the analysis is per capita - it doesn’t adjust for the percentage of each population that earns income from bounties - I don’t have that data. But there are a lot of mission runners in highsec - the disparity shouldn’t be that huge.

I watched a russian show a few days ago. they talked about some guy who found a ratting carrier Nyx (/watch?v=Gjv15eWVojo). the dude put a stationary bubble and the nyx never warped off or offered any resistance when they killed him in other words it was a bot. They also give us the statistic - 1 Nyx crabs 100-130 b a month. 10 Nyxes crab about 2% of all eve’s income. That’s how many Nyxes they killed ( in Mist?). Basically we have 250 bots out there that crab 1/2 of all of Eve’s income. That’s your null sec. Also thinking big. And I don’t think any of these 10 nyxes ever paid $15 to CCP. Most likely some shmoe in highsec bought the plex and sold it to the 0sec botter. In fact since 0.0 gives so much isk I don’t think anyone in 0.0 ever pays for their plex real money. I think if you suddenly shut down 0.0 space the actual plex bought in real world money (even though it will become much cheaper isk wise) will change very little.

Obviously the analysis is per capita - it doesn’t adjust for the percentage of each population that earns income from bounties - I don’t have that data. But there are a lot of mission runners in highsec - the disparity shouldn’t be that huge.

Bounties come from killing rats, and only killing rats? Correct? Then in that case, you’re grossly misrepresenting your argument. Hisec carebears also earn isk via mission payouts, which null lacks (for the most part).

Agent mission rewards are tiny - 3.5% of bounties. Incorporating them would change the ratios but not enough to change the conclusion.

Of the factors he has chosen to ignore, mission payout + bonus do not have the highest impact. But you are correct in thinking his “argument” is pretty much a joke.