Big Ships are not allowed in high sec ... just let us not tell this to anyone

Hi folks, just found the hard way that Phoenix Dreadnaughts are not allowed to enter any place with security above or equal 0.5. Later I read a short description given here https://support.eveonline.com/hc/en-us/articles/203207992-Inaccessible-Assets-and-Returning-player", but there is no clear
statement in the description of the ships or any other section of the game of the actual status quo.

Short conversation with EVE support confirmed there is no a written clear records in the game that dreadnaughts and many other big ships are not allowed in the high sec. So, it is “learning on the job”.

Which makes me wondering should I consider this to be an extortion on the part of EVE designers.
To me it looks like an intentional trap to lure customers into paying the money to the game (CCP) while withdrawing the very essential part of the description of the ship abilities or better to say of the lack of ones. Have no problems to loose the ship to fellow gamer , but should this practice be considered a fair one?

IMHO the whole situation of such “hidden knowledge” creates a good ground for the con scheme: I create the ship from blueprint, the moment someone bought it I know that soon ship should attempt to live the system, I know that ship will not able to cross the border and just waiting with fellow companions …"

If CPP/Eve designers want to increase the profit of the game I have a nice suggestion in the same direction: introduce random (!) disconnections of the clients with the frequency of disconnections increasing depending on two factors (a) the cost of the ship (b) the number of none friendly ships around. It will do wonders …

The page you linked to, besides being badly written, doesn’t discuss forbidden ships in HiSec, it discusses ships stuck in Traglivian Space and specific instances when CCP intervenes to move assets for the players.
Just an FYI.

Thanks, It is the closest to the situation I could find. I wanted to be fair to CPP and pointed to what can be still considered related even remotely. Support didn’t point to anything more related.

They probably assumed that before someone got into dreads they would have long since learned about “no caps in highsec”…and maybe even why.

Wut. This been known forever. This game is almost 2 decades old. Learn to Google for quafe’s sake.

“let the buyer beware” and google what they didn’t tell you …
Well, in other words : the product is cooked by crooks and you just unaware about this.
Are you sure that CPP concur ?

Can I have your dread before you leave?

Too much money, not enough research.

Yes they will. It isn’t cooked. This tells me you probably didn’t even google proper fits cause you would have stumbled upon this fact.

This thread is either sophistry designed to malign CCP/EVE or you just truly suck.

Man. If it ain’t the first, super embarrassing for you. Just donate the dread to someone and biomass kthx.

Before I would buy a dunebuggy to go to work with, I should check local ordinances and traffic laws in my region to see if it’s even legal to drive said dunebuggy over surface streets or highways. The city doesn’t tell me, I’m responsible to inform myself.
CCP doesn’t have a full User Manual for EVE but most everything can be found online. Before I buy a huge expensive ship, you can bet your boots I would double-check everything there is to know about said ship, especially where I can fly the darn thing.

it is “learning on the job”.

Or join a corp with caps, who would have told you about this little detail. Caps are meant to have friends and support, trying to fly one solo is just asking to lose it.

Okay, let me get out of this before it gets flagged. First, it’s not a personal attack. I’m attacking his conspiracy theory, not OP. Second, I don’t want impressionable newbros thinking this nonsense has any sort of plausability whatsoever.

Well, somehow I don’t feel embarrassed, but feel sad and not just about an expensive toy ship.
Disclosure: I don’t live in EVE & not planning too. Didn’t play almost a year, didn’t have time.
So, yes, I do expect rules clearly stated because I want to save time to do some other things.
From my perspective this is a game and not a life journey, but EVE surely has real fans obviously taking its design features very personally and its business model as a rule of the land.
Didn’t mean to offend your folks. As it is often happens the real love is blind.
Just two moments: think if folks like you who are really investing serious time into this game and CPP as company really benefit long term from the approach game designers took.

Google is your friend.

I do expect rules clearly stated 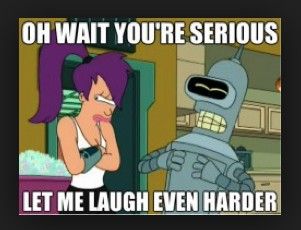 CCP’s prime directive, as long as i’ve been playing, 10 years, and even before me, has always been, to not give away all the details of the game, and let the players (us) find out what works and what doesn’t and all the ins and outs.

but as mentioned, cap restriction to anywhere but hisec has been known for 2 decades. not ccp’s fault you didn’t have anybody to tell you any differently

Okay, I’m not upset with you because you didn’t know something (I mean, I learn new stuff all the time). I’m upset with you for proposing nonsense conspiracy theories.

I also advise that you do some research before making major training and/or purchasing decisions in the future.

And while think it’s impractical for CCP to document everything there is about the game for players, they probably should put “disallowed in HS” on the ship info for caps. That is something that is quick and easy to do, and would be consistent with all the other items that have that noted.

Thanks. All your wrote sounds quite reasonable and please don’t be upset with me about a “conspiracy theory”. No real harm to CPP is intended. Consider that (1) I actually spent on this game not too much time and paid them good money so I enjoyed the product (2) the way how CPP does money is not written in stone. Hopefully they learn too and don’t mind to make more money and make product better in all aspects.

Disclosure: I don’t live in EVE & not planning too

Then why buy a big freaking ship?

Didn’t play almost a year, didn’t have time.
So, yes, I do expect rules clearly stated because I want to save time to do some other things.

Your lack of available time is none of CCP’s business. When you agree to download the game you put the responsibility to be aware of its mechanics on yourself.

From my perspective this is a game and not a life journey, but EVE surely has real fans obviously taking its design features very personally and its business model as a rule of the land.

EVE is a serious game for people who want to immerse themselves in a futuristic world where ships blow up and clones die everywhere everyday. Not for the faint of hearts and definitely not for casual players who don’t bother checking before they jump.
It is a life’s journey… your clone’s life journey.

Just two moments: think if folks like you who are really investing serious time into this game and CPP as company really benefit long term from the approach game designers took.

It’s obviously working, EVE Online has been around longer than most MMO’s.